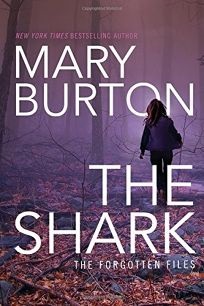 They say the best things come in threes but with regard to my most recent reads, I have to disagree—they come in twos. I say this because two new romantic suspense novels from Mary Burton landed in my lap, VULNERABLE and THE SHARK.  VULNERABLE is book #4 of her Morgans of Nashville series, while THE SHARK is book #1 of her Forgotten Files series.

In VULNERABLE, forensic technician Georgia Morgan and Detective Jake Bishop are working a cold case. Three teens have disappeared on a hike and only one was ever found, injured and suffering from amnesia. When another woman’s body is found, it leads to the missing teens’ remains and the unravelling of deadly secrets that ensnare Georgia too.

THE SHARK introduces us to Virginia state trooper Riley Tatum and former FBI agent Clay Bowman. Riley’s past as a teenage runaway and victim of a horrible crime comes back to threaten her again with an unsolved case of a serial killer nicknamed the Shark—and she is his next prey.

As one would expect with Burton, both are terrific, suspenseful reads. VULNERBALE is of course the last in a series. I haven’t read the other three but it didn’t detract at all from its impact as it works as a standalone novel. Great for me as a reader, but I asked Burton if coming to the fourth in a series is a challenge to her as a writer.

“I love writing first and last series books for different reasons,” she says. “What’s great about writing the final book in a series is that I know the characters and even the setting really well. Here the challenge is to go even deeper, to discover new facets of the characters’ personalities by again testing their abilities and strengths. I also look harder at the setting for elements that will not only surprise me but also my readers.”

I can certainly concur with the surprise element—there was a lot I certainly didn’t see coming. I can guarantee plenty of shocks in THE SHARK, too, the first in the Forgotten Files series. Starting a series brings different demands for Burton.

“There’s a lot of research and discovery when I’m writing the first book. I’m getting to know the jurisdiction and laws as well as the geography of the city. I’ll travel to the new location and spend a couple of days walking and driving around the area to capture its nuances,” she says. 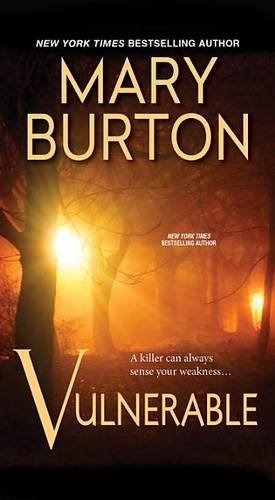 As well as unfamiliar places, there are unfamiliar faces, requiring more development at the start of the book.

“I have a cast of characters that I’ve yet to really get to know,” Burton says. “No matter how much plotting I do, their true selves don’t emerge until I start writing the book and the conflict tests them.  There are so many unknowns at this stage in connected books. Can these characters sustain a single story let alone several?  There’s lots of digging and thinking and typically the first book takes the longest.”

Burton’s work on her characters clearly pays off. Her female protagonists are strong, capable career women working in the fields of law enforcement. VULNERABLE’S Georgia Morgan is a forensic technician and THE SHARK brings us Virginia state trooper Riley Tatum. Jake Bishop and Clay Bowman are romantic suspense heroes we can root for and Burton is clear about the key elements that make them so.

“They’re smart, strong, confident, but also capable of owning up to mistakes,” she says. “In other words, being human and knowing it. They also need to respect that the heroine is also strong and see her strength as pretty darn sexy.”

Given how well she writes women in these demanding roles, I wondered if Burton had ever considered a similar career path.

“It takes a great deal of talent and drive for women or men to make a career in law enforcement. I’m fascinated and humbled by the work these individuals do.”

But Burton’s not sure it would have worked for her. “Honestly, for as long as I can remember, my head has always been in the clouds plotting the next novel.”

Speaking of plotting, Burton’s twists and turns are impressive but it’s relieving to hear that she wrestles with them as much as every other thriller writer.

“Some of those plot twists have led to a few sleepless nights,” she admits. “It’s not uncommon for me to think I know what’s going to happen, but while I’m writing the rough draft of a book, I get the sense that something’s not working. When I finally figure out what it is, say when I realize the person I thought was the killer isn’t the killer at all, it’s very exciting. If I surprise myself, I feel pretty confident that I’ll surprise the reader.”

This “head in the clouds” plotting has been happening since 2000, when Burton debuted as a novelist. Twenty-nine published books and five novellas later, she is a New York Times and USA Today bestseller. Here, she dishes out some practical advice for those who are just starting out.

“Be ready for extremes. It’s going to be the best job you’ve ever had, and it’s going to be the hardest,” she says. “You’ll have some pretty thrilling moments when you give a keynote address, travel across the country to meet readers, or interview experts in fascinating fields. In my case, forensic science, canine handling, and arson.”

Burton’s commitment to her craft is also worth noting. “A great discovery means lots of rewrites but if it makes the story better, I’ll do it in a heartbeat,” she says. “I’m at the point now that I’ll change any plot twist or character that the story demands. Nothing is a given until I’m happy with the story.’

The downside can be the sheer volume of work. “You have those crazy days when copy edits from one publisher arrive minutes after page proofs from another, all while you’re neck deep in plotting the next novel and packing to leave for a conference.”

But she takes it all in her stride. Her next romantic suspense, The Dollmaker, is already on the way and will be released November 2016. And there’s more. “Right now I’m working on one tentatively titled The Hangman,” she says. “Both are part of the Forgotten Files series.”

Perhaps a final lesson from Burton’s huge success. Her head may be in those plotting clouds—but her fingers are right on that keyboard. 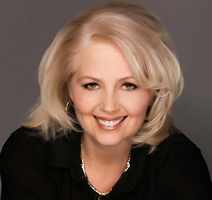 New York Times and USA Today bestselling suspense author Mary Burton’s writing has been compared to the works of James Patterson, Lisa Gardner, Lisa Jackson and Steig Larson. Her new novel, THE SHARK, the first of her Forgotten File novels, debuts May 24th, following the success of her recent books Vulnerable, I’ll Never Let You Go, Cover Your Eyes and Be Afraid.

Mary is the author of twenty-nine published novels and five novellas. In addition to her “Morgan Family” books, Mary’s other “connected” stories include The Seventh Victim, No Escape and You’re Not Safe, featuring investigators from the Texas Rangers and Senseless, Merciless and Before She Dies, all set in Alexandria, Virginia. Her short story, The Keepsake, is featured along with those by Jeffrey Deaver, Anne Perry and others in the recently published anthology Killer Nashville Noir: Cold Blooded.

A Richmond native with family roots as deep as the nation’s, Mary has made her home there for most of her life. She is also writes contemporary women’s fiction as Mary Ellen Taylor.