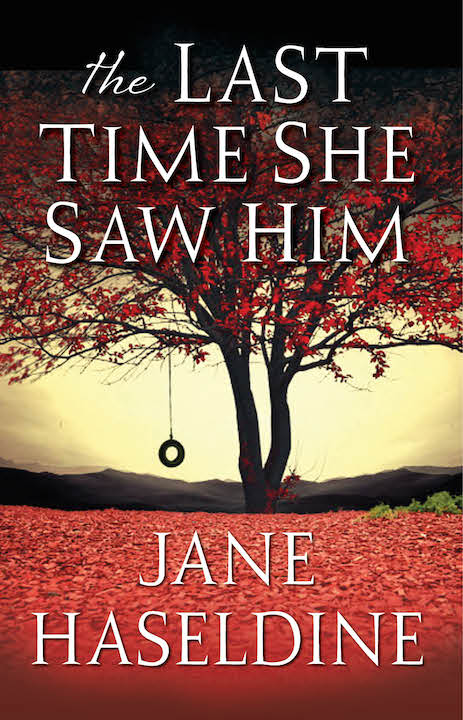 THE LAST TIME SHE SAW HIM is the debut pulse-quickening story from debut author Jane Haseldine. She’s taken time out to tell The Big Thrill about the inspiration behind her story.

THE LAST TIME SHE SAW HIM sees journalist Julia relive a horrific experience from her childhood. Where did you get the inspiration for this storyline?

The book isn’t based on any specific crime. But for me, the worst stories are the ones about children who are victimized, abducted, or hurt in any way.

For the book, I thought a lot about what scares me the most, and that is anything bad happening to my children. But then I started to think, what if a person had already endured a similar tragedy? How would they cope? Julia is powerless as a seven-year-old child when her brother is abducted, but when her son goes missing, I thought a lot about whether she would break down completely, or be balls-out fearless, ready to risk anything, including her own life, to get her little boy back. In this case, Julia is still broken from her past loss, but she’s relentless when it comes to saving her child.

Julia is quite a strong minded woman – is she a character you enjoyed writing?

I did enjoy writing about Julia. She has a very tough exterior, but that’s because she had to create an impenetrable wall around herself when she was a little girl just to survive. She grew up in poverty and neglect. Her mother was an alcoholic and her father was a con man, and they abandoned her after Ben was abducted. Her brother was the only good part of her life, and that was taken away. Julia is a good, if not ultra-overprotective, mother to her two sons. Internally, she is vulnerable though and struggles with feeling that she isn’t good enough for the stable life she worked hard to create for herself.

There are some extremely unpleasant characters, particularly the Reverend, can you tell us about him?

When we meet Cahill, he’s serving time for tax evasion and for having sex with underage girls, which came to light because of Julia’s coverage. Cahill was once one of the most popular pastors in Detroit, combining ultra-Christian conservative values along with a hard shell of cool, as a tattooed, Harley-driving pastor who once buzzed through he streets of Detroit wearing a “God’s Soldier” on his helmet.

Do you think that your experiences as a journalist shaped this story?

I’ve never covered a child abduction story. But I’ve had to interview parents whose children died, whether it was gang-related or because of a drug overdose. I always knew I had a job to do, and there’s definitely an adrenaline buzz when you’re trying to nail a breaking story. But I always felt pretty vile when I had to insert myself into someone’s agony. I approached it that I was giving people the opportunity to tell others about their child or loved one, and in some way, memorialize who they really were.

I really loved the relationship between Detective Navarro and Julia, can you tell us more about their relationship?

Julia and Navarro were in a relationship when they were in their twenties and remained friends after their breakup which is a bone of contention for Julia’s estranged husband, especially since Navarro is the lead detective in their missing son’s case. Julia and Navarro have a push-pull relationship as reporter and source, but they care about each other, which makes the stakes even higher for Navarro to help Julia find her child.

The first thriller I ever read was The Shining by Stephen King. That story has never let me go. Along with The Stand, whether you classify them as thriller or horror, those two books are masterpieces in writing and storytelling. I first read The Shining as a teenager, and I reread it a few years ago. It was interesting how I reacted differently to the book the second time around. Round two, I felt more sympathetic toward Jack Torrance, the dad, who loses his soul to the Overlook Hotel. It struck me how much this man was struggling internally with his own demons even before he set foot into the Overlook. When I was younger, I don’t think I grasped the nuances of the character as much.

You’re a debut author, what was the hardest thing for you when writing and publishing THE LAST TIME SHE SAW HIM?

Rejection, by far. There were days when rejection felt like a living breathing thing when I was first trying to get a literary agent.  But with this first book, I learned so much along the way, including the fact that I was querying agents way before my manuscript was ready. I’m really grateful for a few agents who took the time to let me know what was working and what wasn’t working in my story early on. The other thing I struggled with, as I think most writers do, is battling bouts of insecurity about my writing. I still have this mind-set that I’m a blue-collar writer. I don’t have an MFA. I’ve never taken a creative writing course. But I’ve always loved books, ever since I was a kid. When I have doubts about my ability, I try to remind myself that hopefully, I have a good story to tell.

I’m holding out for a Detective Navarro book next. Any plans for future novels?

Yes, I’m very excited that the Julia Gooden storyline is going to be a series. The second book, Duplicity, will be released by Kensington Publishing in April 2017. I’m currently working on the third book in the series, Blood Blackbird, for release sometime in 2018. And, we have a contract for a fourth book. While Julia will remain the lead character, Detroit Detective Ray Navarro will play a strong supporting role. 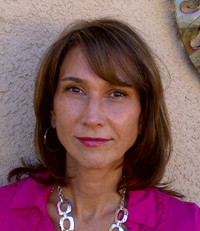 Jane Haseldine is a journalist, former crime reporter, columnist, newspaper editor, and deputy director of communications for a governor. She graduated from Syracuse University’s S.I. Newhouse School of Public Communications with a degree in journalism. Jane resides in Southern California, but previously lived in Boston, San Francisco, New York, Rehoboth Beach, Delaware, Michigan, Louisiana, and a few other places in-between.