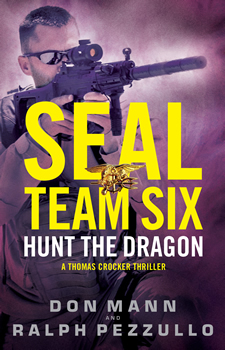 When it comes to dealing with the trouble spots of the world, the United States government must have Seal Team Six on speed dial.

In SEAL TEAM SIX: HUNT THE DRAGON, the newest novel featuring Navy SEALS from the writing team of Ralph Pezzullo and Don Mann, the main character, Thomas Crocker, goes from Russia to Las Vegas and finally to a deadly covert mission to North Korea.

Although HUNT THE DRAGON is a work of fiction, it’s built around the very real missions of SEALS all over the world. These covert operators take over where diplomacy ends and direct military action would be out of the question.

“I wanted to give some sense of how busy these guys are,” said Pezzullo, a California-based writer of fiction and nonfiction. “There is a lot of animosity in the world. We think it’s all in the Middle East but there are a lot of hotspots.”

He asked one of his military acquaintances just how busy he was, and the reply was that the SEAL had spent 300 days deployed in the previous year.

Some SEALS are running 40 missions a year, which is reflected in how busy Crocker is in the novel, pinballing from Eastern Europe to Vegas to North Korea.

“Because of the nature of the wars today they rely a lot more on these special operations teams,” Pezzullo said.

To be sure, there is no shortage of trouble spots. Pezzullo, whose father was the U.S. ambassador to Nicaragua in the 1980s, grew up around some of them. One continuing trouble spot is the Middle East. “It’s a mess,” he said. He considered the failed governments, poverty, and soaring unemployment of young men “perfect fodder for ISIS.”

Not to mention perfect fodder for thrillers. One of the SEAL TEAM SIX thrillers, Hunt the Scorpion, is set in Libya.

For HUNT THE DRAGON, Crocker and his team head to North Korea. The country—described in the pages as a place where, among other things, disloyal government officials are torn to pieces by starving dogs—seems too brutal to be real.

Needless to say, it takes a special person to become a SEAL.

According to the U.S. Navy, SEAL is an acronym for Sea, Air, and Land—defining their areas of operation, which seems to be all encompassing. The basic physical fitness test to be considered includes being able to swim 500 yards in 12 and a half minutes, immediately followed by 50 pushups, 50 sit ups, 10 pull ups, and a 1.5 mile run in 10 minutes and 30 seconds.

Feeling tired yet? It’s small wonder that there are just around 2,500 active duty SEALS.

Those are just the paper requirements for physical fitness. Pezzullo pointed out that these men are very smart, and often have a working knowledge of several languages. They aren’t the typical “clean cut” Navy poster boy. Tattoos and beards aren’t uncommon. And while they are very fit, they aren’t necessarily physically imposing at first glance.

“They would blend into a crowd.” He added, “They love this kind of stuff. They’re adrenalin junkies.”

Crocker’s personal life mirrors the complicated lives of many of these special forces operators, having to shift from warrior mode and back to being a husband or father. It’s not always easy.

Interestingly, there is a deep emotional aspect to these SEAL TEAM SIX books. Pezzullo said that mirrors the connection that these SEALS have to their comrades-in-arms.

“These are human beings,” he noted. “They’re not robots. They’re not cold-blooded killers.”

Pezzullo has written nonfiction books about the region and about special ops. He noted that when it comes to research, “One side feeds the other. With the thriller scenario, I try to keep it as real as possible.”

For expertise into SEALS, Pezzullo relies on his writing partner, Don Mann, a former SEAL.“Don Mann is one of greatest guys I’ve ever met,” Pezzullo said. “Crocker is pretty close to Don.”

Their method is that they develop the stories together, with Pezzullo being the actual writer. Mann “keeps it real” by giving feedback on the draft and answering questions on anything from tactics to equipment.  (It’s worth nothing that between books, Mann was heading out to climb Mount Everest.)

Writing thrillers and nonfiction books about men who work in the shadows and about military secrets can have its frightening moments. For Pezzullo, one of these moments came not while visiting a war zone (which he has done) or while witnessing a firefight (which he also has done), but right at home. While working on a nonfiction book about special operations, Pezzullo got a call warning him that his home was about to be raided by federal agents. The concern was that Pezzullo had been made privy to sensitive information that he was not supposed to have.

After several tense hours, the raid did not take place: “But that was scary!”

HUNT THE DRAGON is the sixth installment in the series, with two more books planned. Look for the SEALS to turn up in Nigeria and Kurdistan.

Pezzullo has been lobbying for a TV series based on the books, but that remains to be seen.

His other writing projects include a series set in New York, and several plays. In fact, he will soon be heading to London for the opening of his play, The American Wife.

“If you want to make a living at writing, you have to have a lot of things going,” he said. 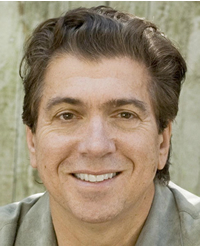 Ralph Pezzullo is a New York Times bestselling author, and an award-winning playwright and screenwriter. His books have been published in over twenty languages and include Jawbreaker (with CIA operative Gary Berntsen), Inside SEAL Team Six (with Don Mann), The Walk-In, At the Fall of Somoza, Plunging Into Haiti (winner of the 2006 Douglas Dillon Prize for American Diplomacy), Eve Missing, Blood of My Blood, Most Evil (with Steve Hodel), the SEAL Team Six thrillers Hunt the Wolf, Hunt the Scorpion, Hunt the Falcon, Hunt the Jackal, Hunt the Fox, and The Navy SEAL Survival Handbook (also with Don Mann), and most recently Zero Footprint.