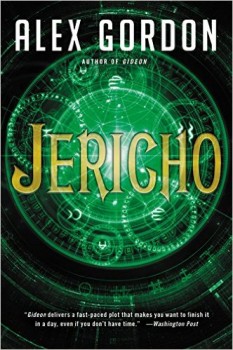 “(It was) more a persistent nudge in that direction, followed by that sense I’d finally found my place,” said Gordon, who lives in the Chicago area. “Teachers had complimented my essays and reports all through grade school and high school, so I always felt comfortable writing. With that in mind, in college I enrolled in my first creative writing class. And I bombed. I started out well, but over time the instructor came to feel I was more of an essayist than a fiction writer. He wanted me to go sit on the far side of the room with the pre-law students who were taking the class in order, I assume, to learn how to write better briefs. I declined, and dropped the class.”

An alumna of the University of South Florida, Gordon has now written five science-fiction novels under her real name Kristine Smith. In fact, she won the John W. Campbell Award for Best New Writer. However, with the publication of her urban fantasy novel Gideon in 2015 and its recently-released sequel Jericho, she began writing under the Gordon pseudonym.

“Since Gideon was such a departure from my science-fiction, it was decided at the time to make a clean break and have it come out under a pseudonym,” she said.

Gordon recently sat down with The Big Thrill to talk about her writing career.

How did you break into print?

I started writing seriously in the early 90s. I attended conferences and science fiction conventions, took classes, and spent evenings and weekends writing. I sent out a few short stories to the mystery magazines—Ellery Queen and Alfred Hitchcock—which were rejected. I started another story, which kept growing and growing. Eventually, I realized that I was working on a novel. I wrote draft after draft in 10-point Times New Roman, hundreds of pages, learning to write while working on the story that became Code of Conduct.

Where did you get the idea for Gideon?

I wanted to write a story about the evolution of an urban fantasy-type world. In many of the urban fantasy series I’ve read, the history of the world is set out in a few paragraphs. I wanted to start from the beginning, and write about how the knowledge and practice of magic first spread from handfuls of adepts to become part of everyday life. Gideon is the first chapter in that story.

What inspired the creation of Lauren Reardon, the hero of Gideon and Jericho?

I wanted to write about a woman in her 30s or 40s. Given the dates of certain events in Gideon, I decided that Lauren would likely be in her mid-30s. It’s an age where she may feel that her life is settling down. She’s finished with school, establishing her career. Her personal life has undergone some upheavals, but she’s coping. She thinks she has things pretty well figured out, and she still has a lot to lose.

Did you intend for her to be a series character?

Yes. I wanted to portray her growth from neophyte witch to skilled practitioner, against the backdrop of a world coming to grips with the realization that magic exists.

How has she changed during the course of these two books?

She’s adjusted to so many things—a broken engagement, the loss of both parents, the realization that her father hid so much from her concerning his past. She’s learning to live with a sense of constant fear and to soldier on, regardless. But it’s not all grim. She is also learning about her powers, and realizing that she can do some pretty neat stuff. Slowly, she is becoming comfortable with her new self.

It seems the villain in Jericho is more intangible, more amorphous if you will, correct?

Yes. My plan is to have Lauren’s world evolve and open up with each book. At the end of Gideon, she was warned that other “thin places”—gaps in reality through which demonic forces could enter into this world—existed and that she would be called upon to deal with them. As her talents develop and her awareness grows, she realizes that other people know about these places as well, and that they may not necessarily be interested in preventing what lives on the other side from bleeding over. The threat is diffuse and diverse, coming from several directions at once. Lauren will try to fight back, but she’ll find that it’s like trying to nail smoke to the wall. She won’t know who she can trust.

She also learns that talents like hers extract a price, both from the witch and from those around them. Those they love. Lauren’s new world can be marvelous in the classical sense of the word, filled with marvels. It can be exciting. But it can also be dangerous.

Some of the challenges writing Jericho?

Figuring out logistics: how to move people to various locations, how long it would take, and what they would see along the way. My aforementioned friends who live in the area helped a lot, letting me know that it would take X hours to move Y type of equipment to this isolated location.

I also wrestled with some characters who turned out to be quite different than what I imagined. I know many writers set out to write certain characters, and maintain that initial framework to the end. I envy them—my characters kick off the traces and bolt all the time.

The best part about writing Jericho?

What’s the best part about being a novelist?

The freedom to invent worlds.

Focusing. I’m as easily distracted as a cat in a roomful of toys—when I hit a sticky part of the plot or wrestle with a knotty sentence, it’s so easy to decide that the kitchen sink needs a scrub or that I need to check my email. The writing business itself is also challenging. The need to self-promote. Sometimes I wish I could write in seclusion, release the words into the ether, then close myself back up and start on the next story. But most writers can’t afford to do that anymore. 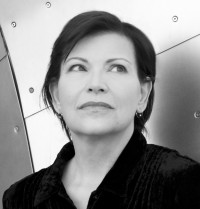 Alex Gordon is the author of the paranormal thriller Jericho, which is the follow-up to Gideon, a book that received glowing reviews from the Washington Post, Kirkus, and Publishers Weekly. She resides in Illinois, where she is currently developing her next thriller and is having too much fun doing research. When she isn’t working, she enjoys watching sports and old movies and taking long walks with her dog. She dreams of someday adding the Pacific Northwest to the list of regions where she has lived.