Read the stories that were featured in the December issue of The Big Thrill.

From the International Thriller Writers comes Watchlist: two powerful novellas featuring the same thrilling cast of characters in one major suspenseful package. The Chopin Manuscript and The Copper Bracelet are collaborations of some of the world’s greatest thriller writers, including Lee Child, Joseph Finder, Lisa Scottoline, and Jeffery Deaver, who conceived the characters and set the plots in motion. The other authors each wrote a chapter and Deaver then completed what he started, bringing both novellas to their startling conclusions.

Watch videos with Jeffery Deaver, Gayle Lynds, Jim Fusilli, and David Corbett, and MJ Rose discussing what it was like to participate in the creation of this truly unique serial novel.

“Moving from room to room, hearing their stories…we writers of invented action were humbled by meeting warriors who had lived the real thing, examples of heroism far beyond anything we could imagine,” says David Morrell. For Morrell and the other thriller writers (Steve Berry, Andy Harp, Douglas Preston, and James Rollins) who participated in the recent Operation Thriller USO Tour, the tour was a life-changing experience. 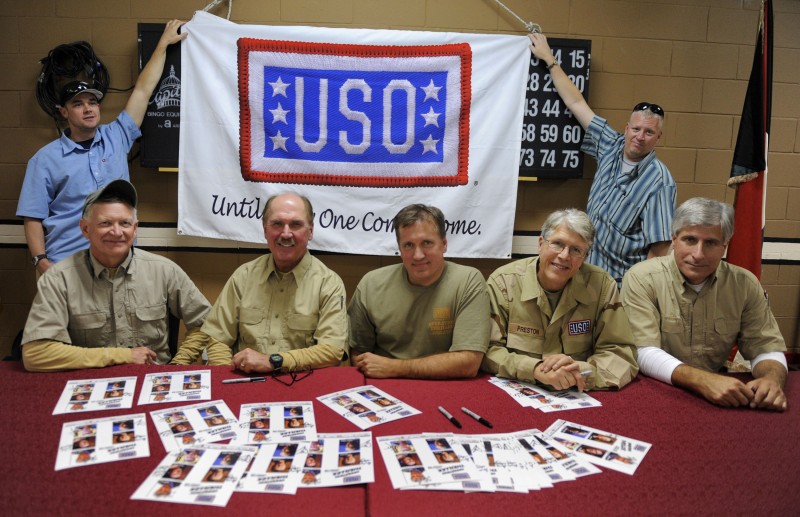 It brought them face-to-face with wounded military personnel at hospitals in the United States and with personnel stationed in Kuwait and Iraq. This was the first time in the USO’s 69-year history that authors visited a combat zone, and it was a huge success for both the authors and the men and women they visited.

Whether you’re a fan or an author, you’ll want to join the THRILLER ROUNDTABLE discussions at the new Big Thrill website, where each week, a new group of authors discuss what inspires them, who their favorite hero characters are, what advice they’d offer the next generation of thriller authors, and more. Here’s December’s schedule:

Week of December 6-12: “Who is the best thriller antagonist of all time? (Other than Hannibal Lecter)” with C.E. Lawrence, George Eby, Raymond Benson, and James Hayman (other authors to be announced).

Week of December 13-19: “What’s one myth about being an author you’d like to debunk?” with Susanna Kearsley, Julie Korzenko, CE Lawrence, Allan Leverone, and Bonnie Hearn Hill.

And remember! As with all our Roundtable discussions, authors, readers, and fans are welcome to post their thoughts and opinions in the comment trail!

Congratulations to Howard Siggelko, the winner of this month’s BIG THRILL giveaway. Howard will receive an assortment of signed thrillers including Harvest Hunting by Yasmine Galenorn, Highborn by Yvonne Navarro, Colby Brass by Debra Webb, The Keepers by Heather Graham, Edge of Sight by Roxanne St. Claire, The 3rd Secret by Tara Taylor Quinn, Fall of Giants by Ken Follett, Damaged by Pamela Callow, Every Bitter Thing by Leighton Gage, Cold Dawn by Carla Neggers, and Critical Condition by C.J. Lyons.