After a decade as a screenwriter and journalist, writing scripts for the major studios and networks and articles for national publications, and several more years in the world of politics, including running for Congress in California, I decided to write my first novel, a political thriller.  While I never aspired to be a novelist, I was not eager to return to screenwriting – with the endless pitch meetings, rewrites and other disappointments.

More importantly, I had an idea for a series of political thrillers based on a strong central character, and drawn from my knowledge of the world of intelligence and politics (My father had been head of intelligence for the State Department under President Kennedy, and I had grown up in that world).  So I launched enthusiastically into writing 19 Angels, a political thriller set in the Middle East.  Nine months later I had produced what I believed was a strong debut novel — fast-paced, well plotted and full of detail and texture.

When I sent out query letters to agents, with my solid resume in media and politics, I hoped to get at least some response.  In fact, I had multiple requests for the manuscript from a number of top agencies.  While the agents complained about the brutal market in publishing, several offered to represent the book and were cautiously optimistic about its prospects.  I settled on an agent at one of the top agencies and, over the next few months, she submitted the book to the major publishing houses, although she warned me that many editors were afraid of losing their jobs and were reluctant to make any decisions whatsoever.

Having been hardened to rejection both in the film business and in politics, I was pleasantly surprised by the highly complimentary responses from publishers — “definitely a page-turner,”  “excellently plotted,” “very well written” and “fast-moving” — were just a few of the comments.   However, they repeatedly cited the dismal and “crowded” publishing climate (although one feared my book would be too much competition for their best-selling thriller titles).   At the end of six months, I did not have a single substantial offer to publish the book.   I suspected that my “platform” – while considerable – was not substantial enough to justify an investment by a major publisher.  After all, mine was a genre book, and would depend on the author’s profile. I was discouraged but hardly defeated, remembering that many successful books had been rejected dozens, if not hundreds of times.

Even as I embarked on writing the second installment in my thriller series, I considered my various options.  A number of my friends had published books, both with major publishers and small houses, and had generally been disappointed, primarily with the lack of marketing effort.  The big publishers spent their money marketing best-selling authors or celebrity books, and the small publishers had limited resources. The authors were on their own.

After lots of research, I narrowed my options. First, I could wait for a year or so and then go out again to the major publishers in the hopes that the climate had improved.  Second, I could publish with a smaller press for a minimal advance, and hope for the best.   Or finally, I could publish independently and distribute the book primarily with online booksellers and as an ebook.  The prospect of waiting another year before submitting the book again did not appeal to me – I’d had enough of playing the waiting game in Hollywood. The small press route would mean not only handing over my book for a pittance but also would limit its upside potential.   The more I thought about it, the more the path of independent publishing appealed to me.

I didn’t want to go with a self-publishing outfit that was essentially a vanity press.  I could handle the editorial work myself (having worked as a freelance editor early in my career), and could hire a designer. I would essentially operate as an independent publisher and contract with a print-on-demand company for fulfillment.  I settled on Lightning Source, which had the most favorable publishing terms and distribution system, as well as straightforward customer service and minimal fees.  While my cost was more than a large offset run would be, that was only part of the financial equation. My cost per copy would be about $10 for a hardcover book, as compared to about $4 for a large run, but I would not have to pay the upfront cost for thousands of copies, not to mention the storage, inventory and shipping costs.

More importantly, my profit as an author through Lighting Source was four to five times more than I would receive from a publishing house.  When sold through Amazon or other online sellers, I would get about $10 per hardcover book (even after a twenty-five percent discount), compared to a little more than $2 in royalties from a publisher.   And for books that I sold at my own speaking events, I would make almost $17 per book.  Even for ebooks, my profit would be $7 per book, as compared to much lower royalties from a publisher.

With the market for online book sales and ebooks projected to soon reach 20-25% of book sales, I realized that I could sell primarily to that market and make as much money as with a traditional publisher.  Put another way, if I sold a thousand books online, at events and from my website, I would make as much or more than selling five thousand books in bookstores.   More importantly, I could retain all the upside potential of my books, including any money from film sales or options.   While I was sacrificing a few more readers in the short term, in the long run the choice seemed obvious.

My book went on Amazon in October, and within two weeks I had paid for all my upfront costs to produce the book.  I have done very little marketing other than to send out a couple of eblasts.  My next steps will be to begin marketing on the web, to get articles in local media and to schedule events in my area.   At this point, I will probably wait to distribute to brick-and-mortar booksellers, since the profit margins would be so low.

While I am certainly a neophyte in the publishing business, and I may decide to go back in the direction of traditional publishing with an agent and publishing house, but for now I am enjoying the freedom – and rewards — of being my own publisher.  And I am looking forward to the prospect of publishing the next book in my series of thrillers early next year.

Standing on a windy bluff on the northern border of Israel, televangelist Matthew Vaughn is broadcasting to an audience of millions when he is kidnapped by guerillas from a mysterious terrorist cell.  Veteran CIA operative Grant Stearns is thrown into the hunt for the captive preacher, a chase that leads from the deserts of Syria to a remote coastal resort in Albania.  But Stearns’ biggest challenge is not only to rescue Vaughn, but to battle the forces in Washington and the Middle East – a renegade Homeland Security Secretary in league with an ambitious Israeli Defense Minister – who want to exploit the kidnapping for their own political purposes, even if it means provoking a full-scale war. 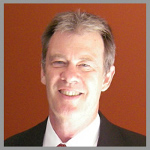 Hoyt Hilsman is an award-winning screenwriter and journalist, and most recently a candidate for Congress in California.  He has written screenplays for the major studios and networks, and is a regular contributor to national publications, including The Huffington Post. He recently published 19 Angels, a political thriller set in the Middle East.