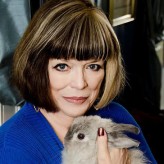 Kay Kendall’s Austin Starr mysteries capture the spirit and turbulence of the 1960s. DESOLATION ROW (2013) and RAINY DAY WOMEN (2015) show Austin, a 22-year-old Texas bride, set adrift in a foreign land and on the front lines of societal change. Austin learns to cope by turning amateur sleuth. Kay’s degrees in Russian history and language help ground her tales in the Cold War, and her titles show she's a Bob Dylan buff too. Kay is the incoming president for Mystery Writers of America’s southwest chapter, and in her former life as a PR executive, Kay’s projects won international awards. Visit Kay at: www.kaykendallauthor.com.

The Paris Librarian by Mark Pryor

By Kay Kendall Did the recent release of the Panama Papers snag your interest? If…

By Kay Kendall JUST FALL is a contemporary thriller that has everything—hot sex, hot sands,…

Where Lemons Bloom by Blair McDowell

By Kay Kendall The Winemaker Detective series has a huge following in its native France.…

For the Dead by Timothy Hallinan

By Kay Kendall Tim Hallinan is a writer’s writer. Search for him online and you…

By Kay Kendall TRUTH BE TOLD is the latest thriller by Hank Phillippi Ryan. Deemed…

By Kay Kendall Calling all anglophiles plus fans of psychological thrillers and Oxbridge novels! Here…