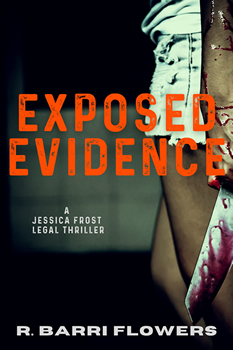 Prolific author R. Barri Flowers’s 100-plus novels have left Stephen King’s 60 and Isaac Asimov’s 37 well behind and could, one day, even overtake Brazilian author Ryoki Inoue’s Guinness World Record of 1,075.

His latest, EXPOSED EVIDENCE, is a gripping crime novel of a love triangle, in which criminal defense attorney Jessica Frost defends Stephanie, a college coed accused of stabbing to death her roommate, the daughter of a prominent local judge, Ralph McVeigh. Stephanie was caught while standing over the bloody body, holding the murder weapon, a 10-inch serrated knife. Over the course of Frost’s investigation, she learns that Kristine was part of the secretive Sexy Coeds Club, a group of female students who seduced married college professors for higher grades and money. They threatened to expose the cheating professors who refused to play ball, but then lost control of the plot. The twists and turns of this story will keep readers on edge until the shocking conclusion.

R. Barri Flowers is a graduate of Michigan State University. Among other accolades, he is the recipient of the prestigious Wall of Fame Award from its renowned School of Criminal Justice.

Flowers’s expertise in violent criminality has been recognized through his appearances on the Biography Channel, Investigation Discovery, and Oxygen Television. Crime fiction dominates the diversity of his writing, ranging over mystery, thriller, fiction, relationships, young adult mysteries, true crime, and children’s books. He has also written a number of short stories and articles during a long writing career and contributed to the Killer Nashville Blog with The Fictional Serial Killer.

His writing has been influenced by his voracious reading appetite from a very young age, fed by the assortment of — among others — “Daphne du Maurier, Thomas Hardy, Robert Ludlum, John Steinbeck, Emily Brontë, Barbara Taylor Bradford, Sidney Sheldon, Dashiell Hammett, and Jackie Collins.”

While acknowledging Robert Ludlum and Jeffrey Archer’s stimulus, Flowers also recognizes his father’s mentoring, that of his college thesis committee, and his wife’s supportive role in helping him grow as a writer and attain success. 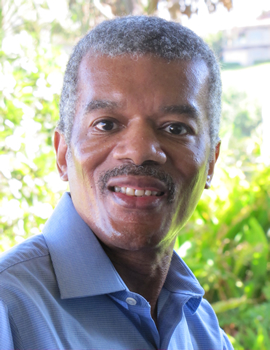 Flowers has “always loved mystery and thriller fiction as something that can keep you guessing and/or putting yourself in the shoes of victims, investigators, and even the perpetrators, depending on the nature of and motivation for the crime.”

And it is these fundamental indicators of social stability that his passion has been skillfully crafting that distinguish his thrillers.

His talent and diligence have fashioned this lifetime’s love affair into fact-based crime fiction that is as entertaining as it is instructive in the ground reality of human nature, criminal motive, violence, and law enforcement.

“I enjoy using my expertise to give credibility,” he says.

The moral order of Flowers’s crime fiction is not restricted to the classic dichotomy of right and wrong, good and bad. Circumstances, as his writing shows, can create a hybrid space of virtue and vice, stroking his readership’s moral and critical perceptions.

EXPOSED EVIDENCE seeks to make readers aware “that the legal process in a criminal case can be complex and winding, and that appearances can be deceiving. Or can be precisely as laid out.”

This thriller “stretches the range of legal thrillers and police procedurals, while at the same time providing verisimilitude that gives the credibility that makes for a great thriller novel…it challenged me as a writer to include various dynamics to the storyline in relying on my background in criminology and true crime. Made for a compelling tale.”

Flowers also wishes to go a step beyond the expected goal of a thriller and “show that the legal thriller can, in fact, be tested at the boundaries, when combined with a strong police procedural and romantic suspense elements…. The book will keep you guessing about the victims and villains, as well as how the storyline comes together in providing all the answers.”

About the passage from non-fiction to fiction, he says: “How difficult is it to write legal fiction as a longtime non-fiction author? Actually, the two go well together, in terms of using my knowledge on crime, criminals, and the criminal justice system to carve out gripping, realistic crime novels.”

Before starting a novel, Flowers does sketch out the plot and characters, yet the dominant force during the act of writing is not this outline but the development of the story and personae themselves.

He loves writing and the perks of being a full-time writer—unfettered by classic office timings and being able to take a vacation with his wife when where their fancy dictates.

R. Barri Flowers is an award-winning criminologist and bestselling author of more than one hundred published books, including spinetingling crime, suspense, mystery, and legal thriller fiction, entertaining young adult mysteries, and riveting true crime books. He has also written a number of short stories and articles over a long writing career and contributed to the Killer Nashville Blog with The Fictional Serial Killer.

A graduate of Michigan State University, Barri is the recipient of the prestigious Wall of Fame Award from its renowned School of Criminal Justice, among other accolades. As a highly sought-after expert of violent criminality, victims, and offenders, the author has appeared on popular television crime investigative series, such as the Biography Channel’s Crime Stories and Investigation, Discovery’s Wicked Attraction, and Oxygen’s Snapped: Killer Couples.