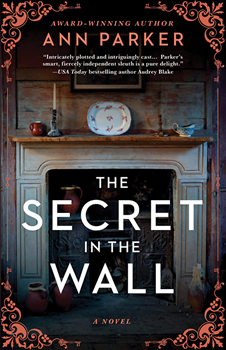 Sometimes the past won’t stay buried—particularly when renovations are in order.

That’s sure the case for Moira Krause. While knocking down a wall to expand her business, the corpse of a murdered man tumbles out, along with a worn canvas bag filled with gold coins.

That’s not great news for music store owner Inez Stannert, who has financed the renovations—and things go from bad to worse when a locksmith is murdered.

With two killings left unsolved, Inez and private detective Wolter Roeland de Bruijan set out to uncover the truth about who is murdering people—and why.

THE SECRET IN THE WALL author Ann Parker took some time out of her busy schedule this month to chat with The Big Thrill about secrets, pirates, treasure, and more.

You’re a science writer by day and an author the rest of the time. How does that help (or hinder) your crime writing?

My long-ago degree is in physics, which is a good basis for writing about almost any science area. I’ll admit I have a special spot in my heart for astronomy and astrophysics, but my job requires that I be able to tackle any subject I’m assigned. For instance, some of the topics I’ve covered include climate change, hydrodynamics, simulation and modeling software, laser science, and (of course) COVID-19 research. All in all, I’d say my fiction has benefitted from the day job because I’ve learned how to take a subject I know nothing (or very little) about, research it, and then write about it with the goal to engage and not overwhelm the reader. That skill is very useful in writing historical fiction.

I love the links on your blog. The hours I could spend admiring the moustaches of the nineteenth century… Do you have a favorite site for garnering information? Is there anything you discovered about the past that stunned you? (For me, it was finding out that they had women blacksmiths at the time of Agincourt.)

That moustaches site is awesome, isn’t it? I have lots of favorite sites, depending what book I’m working on at the moment. The Author’s Note for each book lists some of my favorite references for each novel.

As for things I’ve discovered that stunned me, I’m constantly being surprised! I’ll sidestep the ones I uncovered while researching THE SECRET IN THE WALL, as they could be construed as spoilers. However, I do discuss them in the Author’s Note. Regarding the earlier books, which take place in 1880 Leadville, Colorado, I was intrigued to see that the census for that year listed four women physician/surgeons, a female journalist, three women saloon-owner/bartenders, and a woman foundry-worker (no women blacksmiths, however!).

Do you have a favorite book in the Silver Rush series? What inspired them? 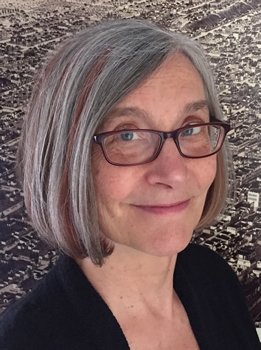 That’s a bit like asking who my favorite child is. The first book in the series, Silver, will always have a special place in my heart, since I wrote it as an “experiment,” throwing in everything I loved or that piqued my interest, including the Rocky Mountain region of Colorado, “Wild West” boomtowns, women’s lives and roles in the West, and even references to Milton’s Paradise Lost.

When the time came to pitch my book, Silver Lies didn’t generate a lot of enthusiasm until I sent it to the wonderful folks at Poisoned Pen Press. The fact that they published it and the book went on to be listed as a “best mystery of the year” by both Publisher’s Weekly and the Chicago Tribune still makes me smile.

The initial inspiration for the series came from my family history: My paternal grandmother was raised in Leadville in the late 1800s. I didn’t know anything about this until an uncle told me in the mid-1990s. Sensing my interest, my uncle told me about Leadville’s boom-and-bust silver mining history, finishing with, “Ann, I think you need to research Leadville and set a novel there.”

THE SECRET IN THE WALL is set in 1882. In some ways, that seems prehistoric but in others very close (the year my grandmother was born). What care did you have to take in the writing of the story to balance those two aspects?

This is the dance historical fiction writers must do… bring the period alive while still allowing the characters and story to “resonate” at some level with present-day readers. Part of what I do is research like crazy (as most historical fiction writers do, I suppose). I read the newspapers of the time (thank goodness for digital databases that save me from having to pore over microfiche in person), and books written in the timeframe. I take note of the language used—the cadence, the descriptions (which can be very detailed, which is great), the quotes, and so on, and do my best to “reflect” that in my writing without going overboard.

Since people are people, no matter the era, I work to bring the readers “closer” by reflecting on character emotions, observations, reactions, and so on, that are common to humanity. Bringing the five senses into play also helps to immerse the readers in the world of long-ago and tie it to the present. Too, there’s the universal precept that the past doesn’t really “die,” that we all carry scars, lessons learned, traumas from the past, which can affect our current lives and actions. Finally, there are issues then that are still relevant today (although perhaps manifesting differently in the present than they did in the past), such as women’s rights.

Pirates and treasure feature in the book. Why do you think pirates have such a magical appeal, especially when the reality would likely have been dirty, smelly, and violent?

Magical indeed! Piratical doings have been the subject of fiction and nonfiction alike for a very long time. Why this is so is probably a subject for a dissertation. In THE SECRET IN THE WALL, my young, fictional character Antonia is an avid reader of the serialized Treasure Island (which had yet to come out as a book in 1882) and likes to linger along the San Francisco waterfront where the ships come in from faraway places, such as Hawaii and the Orient. Antonia imagines being a pirate (or the daughter of one) and escaping from her current “civilized” life of school, manners, chores, and what she views as a pretty constrained future for her as a grownup. Probably if she were still scuffling about in the back alleys of Leadville, disguised as a boy and selling newspapers, as she was in What Gold Buys (the fifth book in the series), she’d not be yearning for the pirate life.

Bringing it back to the universal, though, who among us doesn’t occasionally yearn to slip away from schedules, structure, constraints, and responsibilities of daily life and indulge in a little adventure? And when the possibility of gaining treasure is added to that, well, it sure makes a fine daydream.

One of the things I love about the old days of sail (and the early steam vessels) is the legacy of words and phrases they’ve given the language. Do you have a favorite? I’m partial to the real meaning of “the devil to pay,” which for most of us is lost in time.

Oh yes! I love slang in general… and am fascinated enough by it to pen a “Slang-o-rama” post on the meaning and origins over on my personal blog. One of the new ones I learned while writing THE SECRET IN THE WALL was “in through the hawsepipe.” In fact, I bumped into the phrase “went in through the hawsepipe and came out through the cabin window” in the 1870 book O’Er the Atlantic by William E. Whyte. I was so captivated by it that I weaseled it (and the explanation) into a fictional conversation.

And thank you for a Slang-o-rama suggestion! I’ll have to explore “the devil to pay” for a future post.

As modern women who write about women living in another era, we both have a great responsibility to depict those lives accurately, treading the line between playing to stereotypes and assumptions, and making them too modern in outlook. How have you made sure you didn’t fall into the trap?

I tread carefully… or do my best to, at any rate.

In every period of history, there were women who led unusual lives and/or held unusual views (for their times), in part or whole. I always figure if I can find at least one—such as the women in the Census records I mentioned earlier—that’s good enough for fiction. One source that I turn to frequently is Capital Intentions: Female Proprietors in San Francisco, 1850–1920 by Edith Sparks. Nineteenth-century San Francisco was a hotbed of entrepreneurs and “forward-thinkers”—women and men—so there is scarcely an occupation or attitude that didn’t have a female proponent. Books such as A Victorian Gentlewoman in the Far West: Reminiscences of Mary Hallock Foote and Gambler’s Wife: The Life of Malinda Jenkins provide interesting perspectives of women who lived in the times I write about. I guess I must get pretty close to the mark, as I’ve had reviewers say my protagonist Inez Stannert comes across as “a woman of her time,” or occasionally “a woman ahead of her time.”

Thanks, Charlie! This has been a fun exchange. One of these days, maybe we can grab a cuppa together and muse over about pirate slang, high seas adventures, and moustaches of the nineteenth century. Wouldn’t that be something!

California native Ann Parker is a science writer by day and fiction writer at night and the author of the Silver Rush historical mystery series. The series, set in the 1880s US West, features Inez Stannert—a woman with a mysterious past, a complicated present, and an uncertain future. Ann’s books have won numerous awards, including the Bruce Alexander Memorial Award for Best Historical Mystery, the WILLA Literary Award, the Colorado Book Award, and the Colorado Independent Publishers Association’s EVVY Award. Ann is also listed in the Colorado Authors’ Hall of Fame, and her series was picked as a “Booksellers Favorite” by the Mountains and Plains Independent Booksellers Association.