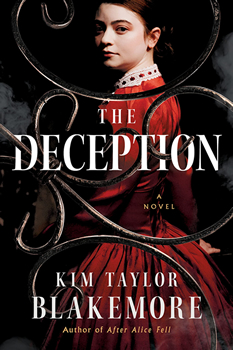 In it, a medium desperate to regain her reputation enlists the help of a spiritualist. Their combined efforts have the desired effect…until their fraud is on the verge of exposure and their deception hints at a possible murder.

In this interview with The Big Thrill, Blakemore delves more into character development, the misconceptions she debunked about the Victorian era during her research, and her thoughts on fraudulent mediums who are nothing more than smoke and mirrors.

Kim, ‘Beware of dangerous women’ is a strapline from your website. I think I need a T-shirt with that slogan on.

I’m working on it! My novels all feature audacious, fierce, and dangerous women who live by their wits—but that’s too long a tagline, isn’t it? So I thought “dangerous” encapsulated all of that.

How do you think your writing has developed over the course of your five books? Do you have a favorite character among those dangerous women you’ve created?

I certainly hope my writing has improved. Beyond that hope, my efficiency improves each time. I have a method. I can lay out an initial structure and know how many chapters and how long a book will take to write. That’s helpful, as it lets me think more clearly about the arc of the story. I’m not an outliner, but I make sure I’ve got the opening images, how I think the book will end, and a vague idea of some major turning points before I write. Did I leave out research? That begins at the spark of an idea and can guide the story as I learn more.

My favorite character is probably Lucy Blunt from The Companion because she’s wily and funny, smart as a whip, and blind to her own faults. She was easy to write, as her voice was so very strong. (Don’t tell any of this to Clementine in THE DECEPTION, as she’s not one to ignore…) But truly, I am fond of them all.

Talking of research, your books are set in what we Brits call the Victorian era and about which our perceptions are probably a bit mistaken. Did you have any misconceptions put right when you researched for your books? 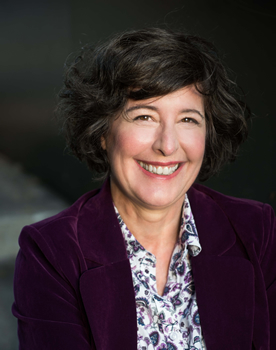 I try to approach research for each book with an open mind. It’s easy to drape our own view of the world on people in the past, and I work to avoid that and write people of their own time, not modern women dressed up in petticoats. Newspapers, diaries, correspondence, invoices, mill employment records—these allow me a window to that world.

One of my biggest misconceptions was around death. To most of us, death is rather distant, isn’t it? People die in hospitals, are sent to mortuaries, are buried or cremated. But to the Victorians, death was an ever-present acquaintance. Infant mortality rates were high, mothers died in childbirth, illnesses swept towns and cities and took with them swathes of victims. Multiple generations lived under one roof—and when a family member passed, the family cleaned the body, put on the dining table for others to come pay respects. They took photographs of the dead, clipped hair and braided it into bracelets and wore a full mourning dress for a year. I could go on with the rituals, as the Victorians turned mourning into an art form, but you get the idea.

In that era, fraudulent mediums (and all their boxes of tricks) were as big an issue this side of the Atlantic as yours. What’s your view on what was a huge “industry”?

I suppose I’m of two opinions. There were tricksters with clever, breathtaking illusions. A tip of the hat to their enterprise. And yet, the sheer number of frauds in the business tainted the genuine mediums and left a bitter taste in the mouths of true believers. This is an issue to this day, with many “mediums” being just another form of magician and audiences wanting entertainment and a quick chill more than solace. The frauds make us skeptical believers—we yearn to commune with our dead loved ones, to believe that this medium is the real deal, and we doubt at the same time.

One medium I interviewed said that the only way to separate the real from the false was to certify mediums. Make them prove they can part the veil. She is involved with that process.

Your Novelitics company helps writers develop their skills. What’s the hardest thing to teach aspiring/fledgling authors? What about the writing industry do they find most surprising to learn about?

Novelitics is such a dream. I started it as an informal weekly check-in during the initial lockdowns. I emailed writers I’d taught and written with in past workshops and said, “This is weird. Can we talk about this? Say hi?” That initial group has expanded to writers from all over the US and Canada, and that weekly Wednesday night workshop, Writers Well, is still going strong. Novelitics became so much more, with craft and business workshops, morning write-ins, critiques, and a place with both new and multi-published authors all there for one reason: each other’s success. The group is so generous in sharing advice and celebrating successes.

So the hardest thing I’ve found when teaching writers and working as a developmental editor? Showing and not telling. Trusting the reader to fill in the blanks. I’m guilty of this, too! I think I must explain, and explain again—oh, and maybe one more time in prettier words—or the reader just won’t get it. Of course they do. Show me a character in action, let me hear their words in dialogue, choose verbs that fully capture the emotion. That alone will be enough. The emotion will be packed into the door slamming, the hesitation, the curled fist, the burble of laughter. Aim for one sentence and pack it tight.

As for the writing industry, well, that’s a roller coaster. And writers I meet working on their first books think that if they just get the agent, just get that one sale, then everything will fall in place and be a smooth sail after that. It’s not. There’s figuring out marketing that might work (or might bring crickets), and your editor passing on your next pitch, and disappointing sales, and one-star reviews, and changing agents, and crazy tight deadlines, and anxiety that you aren’t where you thought you’d be, and it can feel soul-crushing. The key is to remember why you love writing. Remember the obsession that kept you at the keyboard for hours, because you had to tell this particular story about that particular character.

The other thing that surprises writers is my advice to start a new book. Finish one, start another. A career, if that’s your goal, is not made on one book. It’s made over time, each book written honing your skills and building your readership. Also, it keeps your mind occupied during the high stress and wait that comes while submitting the first book.

Writing historical fiction is a delicate balancing act. What’s the key for you to creating authentic-sounding historical language without it reading like a pastiche or alienating the reader?

I come from theater, so I tend to “listen” to my characters and read the dialogue out loud. The first pass is to see if there are any phrases or words that seem too modern. I use Ngram to double-check word use by time period. It’s good to read newspapers, especially noting when the article quotes someone. You can hear the cadence in the speech. Novels from the period can help. The second pass is to determine if the voices are unique, with unique patterns and rhythms, different ways each character responds.

Of course, dialogue in historical fiction risks sounding stilted. One thing I notice is that writers take out contractions, which can create a very formal and stiff voice. Maybe that’s a good way to show a priggish character, but I think, since our ear is more used to modern phrasing, that the authentic sound comes from a mix of modern speaking and some simulation of a historical voice.

Your heroine Clem leaps straight off the page. Is she based on a real person? Would she have your back in a tight corner, or would you be better off with another character when the going gets tough?

Clem is her own devilish self and took the reins on her own. Her tricks and wiles came from research of books such as Confessions of a Medium, which gave me so much inside information on how to pull off successful seances, and interviewing the Historical Conjurer, a magician specializing in 19th century magic. She was great fun to write, and I admit I’m a bit in love with her.

But I am not confident at all she’d be who I called in a pinch. I suppose she might help, should she be in a good mood.

She is founder of Novelitics, which provides workshops, developmental editing, and community to writers in the United States and Canada. She lives in the Pacific Northwest with her family.