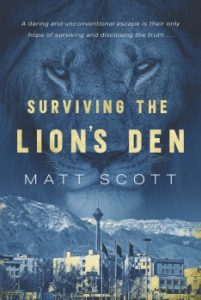 Trusted CIA operative Tom Delang is kidnapped in Dammam by Iranian operatives following a meeting with the Saudi ambassador to the United States and is tortured for coveted information.

Discovering that Delang is of personal interest to the Russian president, Iranian Revolutionary Guard commander Rahim Shirazi offers to trade the American to the Russians in exchange for access to their secret missile system in order to overtake the American military base in Bahrain, currently home to the Fifth Fleet.

On Capitol Hill, Senator Vivian Walsh exploits the media and attempts to manipulate the Defense Department as she conspires to have the base closed after a drone strike targets two high-value terrorists but kills several Iraqi children instead.

While Delang is locked away for months, Kirk Kurruthers, an American of Iranian descent, finds his grandfather murdered by mysterious Iranian intruders. After uncovering his family’s connection to the 1953 CIA coup that deposed Mohammed Mossadegh, Kirk flies to Iran, hell bent on revenge.

Following his own capture, Kurruthers, along with Delang, risks a daring and unconventional escape into neighboring Turkmenistan, their only hope of surviving and disclosing the truth.

The lasting effects that the CIA coup in 1953 has had on the Middle East’s relationship with the United States.

The plot line takes the readers on a tour of Iran, allowing them to learn about a country that is less known to the West.

Trust and friendship are as important inside the intelligence field as they are outside of it. 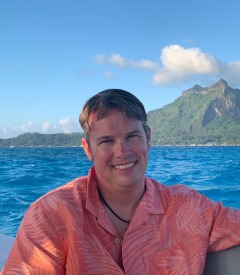 The novel shows that some Iranians are heroes, brings back Vince Flynn-like action, has a personal story to the political spy thriller genre, and has a ‘whodunnit’ element.

The ability to work out plot elements by flying by the seat of my pants. The ability to write 1500 words per day. Belief in myself often resides at the tips of my fingertips.

Not all current spy thriller heroes have to be Mitch Rapp or Scot Harvath.

The novel explores Iran’s economic underworld and will keep readers wondering which characters can be trusted.

Vince Flynn for his ability to write strong heroes and stronger villains.

Brad Thor for his ability to do research and predict the future of geopolitics.

David Baldacci for his words of encouragement in telling me to go forward with the quest of writing my first novel.

Q: Can friendship be trusted in the spy world?

A: It’s a lingering question that can never be answered one way or the other. Trust fades, but it’s the times that it blossoms that can help ensure survival.

If your book is an anthology: What was the most important criteria in your selection process?

It’s important for people to understand that while the CIA’s 1953 coup in Iran was a short-term success that helped prevent the spread of communism and created an ally in the Middle East, but the long-term effects have been catastrophic and left the world with an Iranian enemy that is a deadly combination of unstable and dangerous. That being the case, is another regime change that would create a freer Iran possible?

Matt Scott has a bachelor’s degree in political science and history from Hampden-Sydney College, where he studied under former director of the Defense Intelligence Agency, General Sam Wilson. He currently lives in Charlotte, North Carolina with his wife and golden retriever.