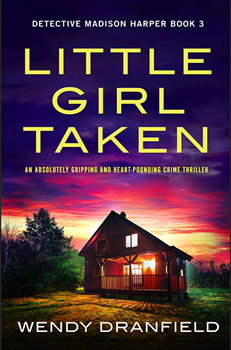 An abandoned baby is the last thing Madison Harper expects to find as she drives to her first day back at work since the case that ripped her life apart. But as she cradles the shivering child close, all her instincts tell her there’s something more sinister at play. Then she finds a lone sneaker down a muddy trail nearby, the laces spattered with blood.

To break this case and earn her place back on the force, Madison must learn to trust her team and herself again—and fast. If she doesn’t find this twisted individual in time, a little girl could die…

“You can’t cross the sea merely by standing and staring at the water,” Rabindranath Tagore said—and that’s exactly what Wendy Dranfield didn’t do. That is, stand and stare at the water. What she cheekily started as a child is now full-blown, acclaimed authorship.

From as far back as she learned to read and write, Dranfield used to personalize her storybooks by plot-tweaking and copying them with a second-hand typewriter. Later, her career choices and value system kicked in to sculpt out the crime writer within her. Working with prisoners, charities committed to protecting the mistreatment of defenseless adults and children, and as a coroner’s assistant were the building blocks that finally converged to become her first novel, The Girl Who Died, longlisted for the Mslexia Novel Competition.

Critical literary disciplines often converge on plot, setting, and character as the nuts and bolts of fiction. Each work determines their degree of importance in relation to each other within the writer’s symphony. Sometimes the entire story can hang on a title, and this is how Dranfield says it worked for LITTLE GIRL TAKEN.

“This is the third book in the series, so the character of Detective Madison Harper was already established when I began writing this,” she says. “Her fellow investigator, PI Nate Monroe, is also important as they work together to find out who abducted an abandoned baby’s mother and why. The setting is the fictional small town of Lost Creek, Colorado which is, as the welcome sign declares, ‘where the lost are found.’”

As with all artistic creation, writing throws down its own challenges while opening up unpredicted and unexpected opportunities. Among them are those unusual breaks when the challenges and opportunities of one novel demand to continue developing in its successor.

That is how the conflicts and prospects of the first Madison Harper book, Shadow Falls, continues to grow in LITTLE GIRL TAKEN. 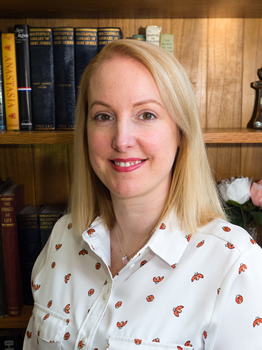 “Madison (had) just left prison, having served time for the murder of a fellow cop,” Dranfield says. “In Book 2 (Cry For Help), Madison is trying to find out who framed her for that murder. In this book—Book 3—Madison has her old job back, and we start the book on Day One of her returning to work in law enforcement. The biggest challenge for me was in writing Madison working as a detective at last. I only found out what kind of detective she was by presenting her with a crime scene and making her work the case! Now that she’s got her job back, she really has to prove herself. The whole town saw her convicted of murder, and some locals aren’t happy she got cleared of that offense and is now a detective again. Everyone is waiting for her to make a mistake. She’s working under pressure in a hostile environment to find a missing woman. The question is—can she cope?”

When asked if LITTLE GIRL TAKEN calls out any genre conventions, Dranfield says, “Detective Madison Harper isn’t perfect, and she isn’t a badass loner jaded by her experiences. She still puts victims first and believes in justice, despite the system not working for her.

“She has become friends with a former death row inmate who is now working as a private investigator. Their relationship, which starts rocky in Book 1, builds throughout the series. What I like about it is that they both have strengths and weaknesses that complement each other. Madison doesn’t solve everything by herself; she accepts help. And Nate Monroe has several weaknesses that Madison is able to help him with. It makes for an interesting pairing. Especially as Nate was training to be a priest when he was arrested for murder and spent 20 years on death row. He’s still dealing with the aftermath of his experiences.”

Dranfield graciously allows her readers a glimpse beyond the jacket copy, which, needless to say, stops well short of being a spoiler.

“There is an ex-police dog in this series—Brody—who Madison and Nate meet early on and then take with them on their journey,” she says. “His handler died when Brody was four, and he was left to his own devices. He’s a German shepherd/husky mix and has both a serious side and a playful side. He’ll sniff a dead body out at a moment’s notice, but you better reward him with his favorite tennis ball after.

“I love having animals in my books. There’s always a cat or a dog, and sometimes both.”

Dranfield strikes a harmonious balance between candidness, effluence, and reticence when asked about the authors or books that have influenced her writing.

“Like a lot of writers, I grew up reading Stephen King’s books so I’m a big fan of the horror genre,” she says. “But I also love Joyce Carol Oates, George R.R. Martin, Daphne du Maurier… I like a mixture of genres because I learn something different from them. I read every day, always seeking to improve my own writing.”

Preferring to write in silence has not left Dranfield immune to her surrounding joys—her telecommuting husband, their three cats, house, and a thriving garden in Wales. And when the Welsh climate so wishes, al fresco lunches and walks.

Flourishing in these surroundings, Dranfield is surely Rabindranath Tagore’s “… flower which … need not envy the thorns that are numerous.”

Wendy is a former coroner’s assistant turned crime writer who lives in the UK with her husband and three cats.

Her first novel (The Girl Who Died) was longlisted for the Mslexia Novel Competition. Since then she has written two crime series—one follows Officer Dean Matheson on his quest to make detective, and the other is her current series, which follows Detective Madison Harper as she tries to reclaim her life after spending six years in prison for a murder she didn’t commit.

As well as crime novels, Wendy also has short stories published in various anthologies in the UK and the US, and she has been shortlisted and longlisted for various writing competitions.