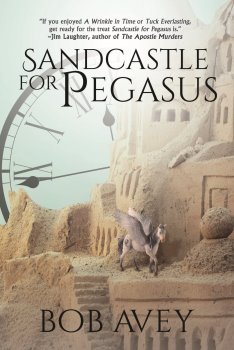 Martin Taylor’s world is torn apart when Candy, a disadvantaged friend, vanishes, and no one except for Martin and his mentally challenged son, Luke, seem to remember she ever existed. Clues indicate someone is traveling through time to undo the birth of anyone who doesn’t measure up to the traveler’s standards.

SANDCASTLE FOR PEGASUS presented a challenge because it represents a huge change in the style and content of my writing. I think the biggest opportunity was in learning to better express my passion for understanding human nature through writing and story. 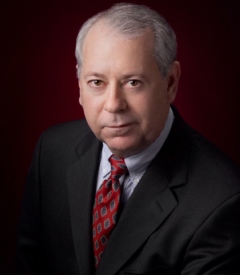 I believe SANDCASTLE FOR PEGASUS pushes the envelope for what is defined as a Thriller.

SANDCASTLE FOR PEGASUS is a story of overcoming self-doubt, and of love and caring that can exist even in the darkest of places. I hope readers will think about true values and humanity in today’s environment.

Stephen King, because his writing is so visual. Dean Koontz, because of his ability to have every word tie directly to the theme and story. Madeline L’Engle for her vivid imagination.

Bob Avey is the author of the Kenny Elliot mystery series, which includes Twisted Perception, released April 2006, Beneath a Buried House, June 2008, Footprints of a Dancer, October 2012, and Identity Theft, January 2020. He lives in Broken Arrow, Oklahoma, where he is retired from the petroleum industry. When he’s not writing or researching, he spends his free time prowling through dusty antique shops looking for the rare or unusual or roaming through ghost towns, searching for echoes from the past. Through his writing, which he describes as a blend of literary and genre, he explores the intricacies and extremities of human nature.

Bob is a member of The Tulsa NightWriters, The Oklahoma Writers Federation (active board member for 2006), Mystery Writers of America, and International Thriller Writers.