The Slow Burn of a Ballet Thriller 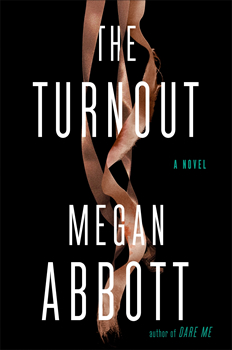 When Megan Abbott saw The Nutcracker for the first time, she was enthralled. “Such magic and mystery,” she says, “and a young girl at the center. It was thrilling.”

Though Abbott only took two years of beginning ballet as a youth in Detroit, she’s had a continuing fascination with the art form. Now with her new thriller THE TURNOUT, this bestselling author of 10 novels, including Give Me Your Hand, You Will Know Me, The Fever, Dare Me, and The End of Everything, has parlayed that lifelong fascination into a compelling story of intrigue and betrayal in the amateur ballet world.

Dara and Marie Durant are two adult sisters who manage a dance school in a smallish city. They teach children in the tradition of their dead mother’s instruction, a renowned dancer who founded their business, but whose domestic life was the opposite of the glamour and glitz of her professional career. With Dara’s husband, Charlie, sidelined by his own dancing injuries, the sisters have successfully stayed afloat until a mysterious fire ruins one of their studios. Enter a seemingly experienced but too-slick contractor, and the delicate balance of their professional and personal selves is upended. 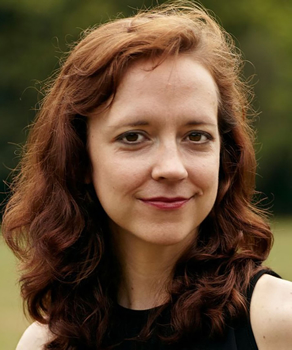 THE TURNOUT is one of those slow-burning thrillers where every word and gesture carries immense weight. Dara and Marie get along well enough, the former tutoring the high school children, the latter tutoring the elementary kids—but do they really like each other? Hints of dissatisfaction and disagreements percolate. And Charlie, who manages the books in the backroom, must manage chronic pain while hiding his own secrets. Then as the contractor blasts through their elegant atmosphere with his dust and noise and boisterous personality, the repair work never ends, while the costs escalate and serious boundaries are crossed. And that’s not all that escalates. As both Dara and Marie make key choices, the sisters’ relationship tears apart, exposing each person for who they truly are, leaving deadly, sinister destruction in its wake.

Yes, it’s juicy, it’s creepy—and in this interview with The Big Thrill, Abbott talks all about it.

You’ve said you’ve always loved the ballerina fantasy in pop culture. Was THE TURNOUT a book that’s been knocking about in your mind for a while? If so, what were some of the first images you saw for it?

The ballet studio I went to for classes as a kid had two sisters who taught most of their classes. In this case, they were twins. And we were fascinated by them and their relationship to each other. Was there a rivalry? What were their lives like when they left the studio? We imagined all kinds of grand dramas. And the memory of those two sisters—long-legged perfection—ultimately became the origin of Dara and Marie in THE TURNOUT. 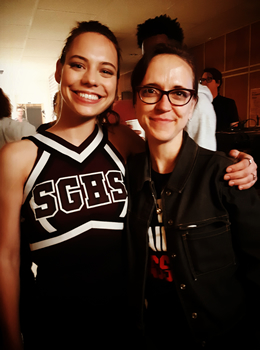 The trinity of Dara, Marie, and Charlie form this fascinating nexus. They’re bound by a love of ballet and a disturbing dark history. What was the process in developing each character?

It happened so organically. For the first draft of the first third of the novel, I completely followed my instincts. Dara’s voice was so clear in my head, and Marie was so close to my heart. Charlie shuddered to life soon after. What would a family look like that had been bound at such a young age by a tumultuous childhood that required them to raise one another? What happens when that bond starts to loosen? Once I’d set that up, I knew exactly what they’d do, how they’d respond. It’s such primal feelings, the ones we experience as children, as sisters, as comrades in arms, veterans of a war. Because growing up in a troubled family is a little like war, with all its attendant scars.

The human body is in some sense its own character in the novel. We get an insider’s perspective of how much abuse a ballerina’s feet take, the beauty of a male dancer’s back, the elegance of the neck and arms, the athletic strain. The sweat. Even the characters’ sexual moments. Can you speak about that physicality in the book?

Yes, I find all that so stunning—both the elegance and power of the dancer’s form and the wear and tear that are like battle scars proudly worn. I remember when I gave my first draft to my agent and he wondered why there wasn’t more about the beauty of ballet. But for me, it’s all beautiful. The strain, the sweat, the glory, the magnificent sounds of a dancer preparing her pointe shoes by nearly destroying them. The exquisite ruin of Charlie’s body, which bears the toll of years of dance injuries. I wanted to give all of that full expression. 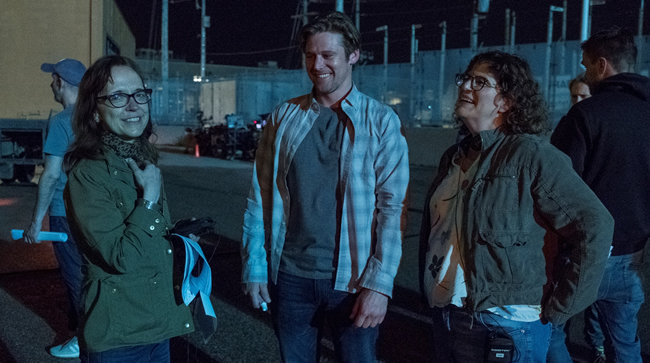 Abbott on the set of Dare Me with actor Zach Roerig and co-showrunner Gina Fattore. Photo credit: Rafy

Similar to the cheerleading culture in Dare Me, THE TURNOUT focuses on an insular, female-led field where power and competition dominate among players. What interests you about those closed worlds?

I am a sucker for a hothouse. Perhaps because it’s within these closed worlds that women can wield far more power than in the larger world. And in terms of the physicality of cheer, gymnastics, and now ballet—a part of that is pure wish-fulfillment. I’ve never been good at anything physical, never had that kind of relationship with my body. So I’m doubly enthralled by dancers and athletes. Their mastery of their form. The way they seem to defy nature. The struggle, costs, and achievements. 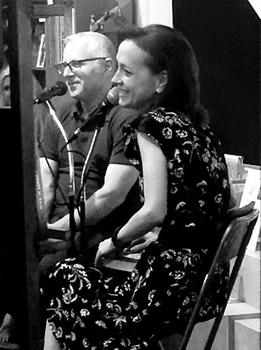 Unlike some of your recent work, you centered THE TURNOUT on grown women, though they haven’t truly grown up yet. What is it about the power of the past and the ghosts that haunt us that interests you?

Do any of us really grow up? I ask myself that all the time. My last three novels have all focused on adult women, but they’re all women very in touch with their adolescent selves—and I believe that’s true for most of us. It’s the time in our life for all the big firsts: independence, bad choices, love, sex, danger. It retains a powerful hold. It’s when we try on different identities. When we figure out who we are.

As a writer, I’m often worried about the temporary nature of success. I’ve read you feel similarly. For instance, you’re cautious with your finances and didn’t quit your day job until you’d published several books. Do you feel more relaxed about your career now?

I think, for me, it took a very long time to admit I was a professional writer. Holding on to a meaningful day job (as a grant writer for a nonprofit, Union Settlement here in NYC) felt so grounding, and it also gave me discipline. If I hadn’t had to balance both for so long, I’m not sure I ever would have developed the rigor needed. But it’s also true that careers in the arts are never stable. So there’s always going to be that ripple of anxiety—could this all go away? But I’d never have it any other way. It keeps me honest.

What is your favorite non-writing activity?

Movies, movies, movies. I’ve loved them my whole life, and they definitely got me through the past year and a half. They also are huge inspirations for me in terms of writing. 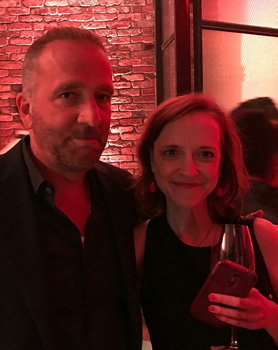 You’ve had quite a bit of success writing for The Deuce and adapting your own work into multiple television series. Do you like writing for the screen? How is it different than novel writing?

I do. It’s so wildly different, in form and structure but foremost its collaborative nature. I love moving back and forth between both. And there’s nothing like seeing a world you imagined come to glorious life. And working with immense talents in front of and behind the camera to make that happen and bring their own enchantments to the process. There’s such bright magic that comes from that kind of intense and intensive creative collaboration. But then there’s the intense pleasure of returning to the cool, dark cave of novel-writing where it’s all yours.

What’s the focus of your next novel? Can you give us a preview?

I think it’s a bit too early to say. I’m superstitious in those precarious early stages. But I can say that I’m currently developing THE TURNOUT for a limited series, which I’m very excited about. I’m also working with George Pelecanos on another TV project for HBO based on a John D. MacDonald novel, and I’m writing a limited series for Apple based on a real-life story. I’m also collaborating with Scott Frank (Queen’s Gambit, Out of Sight) on a feature film, so it’s a busy time!