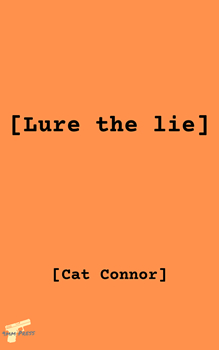 The opening shot of Cat Connor’s website describes her as “a crime thriller author, New Zealander, and instigator of trouble.” The first two attributes are descriptive, and the ominous third teases much thought.

Her light-hearted statements about her writing overlie a serious, hard-working writer whose pride in her native New Zealand interweaves through the ground reality of her novels.

LURE THE LIE, her latest thriller, is crafted around a “brand new set of characters … the spy story [she] always wanted to write.”

Australian intelligence officer Dave Crocker carries an easy-fit nickname: his friends know him as “Crockett,” a reference to the famed frontiersman who made his last stand at the Alamo—an American heritage mass-export.

Crockett had been stuck behind a desk but is finally back in the field, troubleshooting in New Zealand. He’s not there to gather intelligence on New Zealand, but to investigate the disappearance of Tania Bateman, a cryptographer. The case is complicated. Even before her disappearance, little was known about Tania, and now her whereabouts are shrouded in layers of mystery.

Crockett’s boss has decided that he should work with a private investigator, Veronica Tracey—AKA Ronnie.

Ronnie’s expertise is finding people, while Crockett specializes in solving problems. Crockett’s boss believes they should make a good team, but the pair are finding it difficult to make headway.

The whereabouts of the enigmatic cryptographer prior to her disappearance pose quandaries for Crockett, and don’t make Ronnie’s job any easier. As they attempt to peel back the layers of deception, it becomes apparent that the lies are protecting something, and they have a decision to make.

Connor says LURE THE LIE came to life from “two characters and a desire to set a story like this in New Zealand, and even closer to home than that, in my town.” 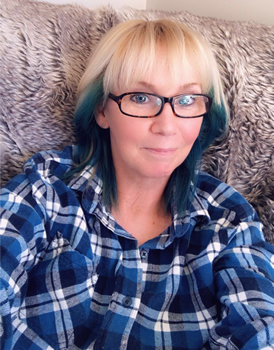 Writing is an inner need, and disgorging a story within the framework of a thriller is a challenging task. It’s about managing fast-paced conflict, tension, suspense, unexpected twists, high stakes, and credibility within a moral order to take the reader on a roller-coaster ride with memorable characters. All this and more, without letting the means become an end in itself, is what singles out the David Morrells and Frederick Forsyths of this genre.

Here’s what Connor had to say about LURE THE LIE’s biggest challenge and greatest opportunity:

“Writing something set at home (NZ), I know the area so well I forget other people don’t! It has brought greater opportunity to connect with kiwis and locals, they’re rather keen to read a book set in Upper Hutt.”

Connor expresses her love of and pride in New Zealand through her own style.

“[LURE THE LIE] …takes what’s generally set somewhere exotic and brings it home to New Zealand,” she says. “Just because we’re a small country doesn’t mean we don’t play on the world stage.”

She is very right. Since the introduction of the Ngiao Marsh Awards a decade ago, New Zealand’s talented crop of thriller and crime writers have made their mark on the world thanks to such authors as Paul Cleave, Stella Duffy, Vanda Symon, and Greg McGee. Connor is set to join this distinguished company of her peers.

Asked if she wanted to upend or challenge any genre conventions through LURE THE LIE, she casually brushed it off. “I’m not sure. You’re making me think way too hard about a story that was great fun to write.”

And Connor goes on to be charmingly blunt when probed about a privileged look into LURE THE LIE beyond the jacket copy or PR material. “If you read the Byte Series, you’ll recognize a few names in this book. That’s it, that’s all you get.”

No writing or writer gestates in isolation, but revealing who or what influenced them remains their sacred privilege. About the writers who influenced her, Connor says, “So many, early on. These days I’m not overly influenced by anyone and learned a long time ago to never compare my journey to anyone else’s.”

And the one question she wishes “people wouldn’t ask” is “how much of you is in your main character? The answer, it depends how you know me and what you see when you read. (The real answer is very little, but, sarcasm sneaks in and that’s a little bit me.)”

Connor spends her daytime hours in Writers Plot Bookshop in Upper Hutt, New Zealand, “answering questions from…budding, new, and established” authors. Sharing her talent and experience with her community, she also teaches writing classes via the book shop and through the Wellington Community Education Centre.

A busy lady during the day, Connor does her writing at night in the company of “Bucky Barnes and Timmy the guinea pigs, Patrick the kitten [and] Big Bird the cockatiel… thrives on coffee, tequila, travel, knitting and loud music … …wrangles teenagers… flourishes on reading, binge watching Netflix series, and a lot of music—preference given to Bon Jovi, Rolling Stones, and music from the ’60s and ’70s, not necessarily in that order and usually not all at once.”

Cat Connor is a crime thriller author, New Zealander, and instigator of trouble. By day she’s a warm body in Writers Plot Bookshop in Upper Hutt, NZ where she spends time answering questions from authors (budding, new, and established) and sharing the joy of kiwi authors with kiwi readers. She also teaches writing classes via the book shop and through the Wellington Community Education Centre. By night she writes crime novels, wrangles teenagers, and enjoys the company of Timmy the guinea pig and Patrick the tuxedo cat. She flourishes on coffee, tequila, travel, knitting, reading, binge watching Netflix series, and a lot of music—not necessarily in that order and usually not all at once.