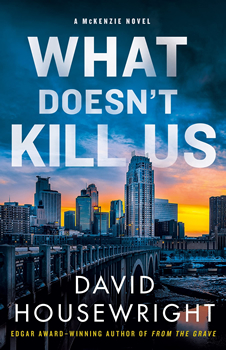 Most writers embarking on the 18th installment of their fan-favorite series—not to mention their 25th title overall—would be eager to send their hero somewhere new. For David Housewright’s lead, the former St. Paul police detective and unexpected millionaire Rushmore McKenzie, that destination was a medically induced coma.

This unlikely state is reached in the opening pages of WHAT DOESN’T KILL US as McKenzie, the unofficial PI who has solved some of the Twin Cities’ most perplexing mysteries, is shot in the back by an unknown assailant. It is then over to the series’ secondary characters to pick up the slack, with childhood friend Lt. Bobby Dunston, along with other figures—on both sides of the law—out to pursue the truth.

McKenzie’s fate is left hanging in the balance, as clues swirl without answers: what connects a sketchy bar in the wrong part of town, the area’s prominent tech millionaire family, drug dealers, investment bankers, and a mysterious woman who left an unknown package for McKenzie. As time begins to run out, solving this riddle might be what stands between life and death.

Housewright, an Edgar Award-winning writer, is the first to admit that having McKenzie take a back seat was one of the biggest challenges in writing this novel. 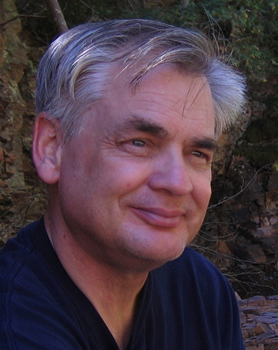 “[McKenzie] relates the story by telling the readers what a wide assortment of characters eventually told him about their trials and tribulations as they labored to discover the who and the why after he recovers,” he says. “Trust me—it’s a much more difficult exercise in craftsmanship than it sounds.

“This might be the height of hubris on my part, but I honestly can’t think of any crime novels in which a writer has attempted to do this before, especially in a first-person series. I expect your readers to start sending me scathing examples proving how completely out of touch I truly am minutes after The Big Thrill comes out.”

The first thing Housewright decided to tackle before McKenzie was taken out of action, however, was theme. “I always start with theme; with what the book is about,” he says. “In this case it’s about who we believe we are as a person and how much our family and upbringing influences that belief. After deciding on theme, it then becomes a matter of devising a story that will allow me to explore them.”

The catalyst for exploring this theme is a simple ancestry DNA test. The family tree that sprouts from the results is as intricately twisting as the novel itself.

“I was always aware of [DNA testing], of course, yet didn’t give it much thought until my wife was tested as a means to learn more about her ancestry,” Housewright says. “She was quite surprised to discover that she is 11 percent Welsh. Up until then, she thought she was mostly French, a direct descendent of a 17th-century voyager. You wouldn’t think it would make much difference, yet it does. It actually changed her perception of herself; not a lot, but still…And that sent me down the path.

Housewright (on the Jumbotron) participates in the Mystery Writers of America Midwest Chapter panel during the first Wordplay Book Festival, held in May 2019 in Minneapolis.

“You’d be surprised by what my research taught me. DNA testing might just become the most common trope in fiction since the brilliant but anti-social computer hacker, because if you can’t get a story out it, you’re not trying.”

The stories of Housewright’s series live firmly within and around the Twin Cities of Minnesota. Recently added to “Minnesota Writers on the Map” by the Minnesota Historical Society and Friends of the St. Paul Public Library, Housewright works with a setting that, in his own words, “is never far from my thoughts.”

Faithfully enriching his texts with real Minnesotan locations and trivia conversely left Housewright with a difficult decision, one every contemporary writer currently faces—whether to include the real detail of the pandemic. In WHAT DOESN’T KILL US, there is the occasional, somewhat sobering, mention. 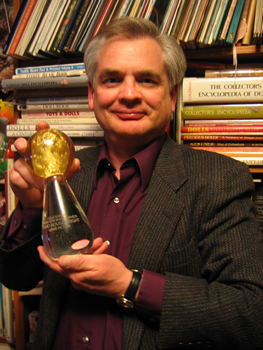 “I finished this book at the end of April 2020 when we all thought [coronavirus] would go away fairly quickly and quietly, so I only made passing references to it,” he says. “In my next book, it will have much more of a presence.

“Now, I know a lot of writers have chosen to ignore it, and I get that. Only I’m a big proponent of setting in a book, not only as a place, but also as a mindset. What is it that they say—‘If you are from where they are from and you are taught what they are taught, you will believe what they believe.’

“I think as a writer if you can tap into that, give the reader a true sense of a place, it goes a long way toward telling them what kind of people live there and why they behave the way that they do. Unfortunately, COVID-19 is part of that setting now. How much it appears in my future work will depend on how much it continues to shape our lives.”

This is an ethos the writer consistently seeks to uphold. When asked what it is he wants to say in his novels, Housewright says, “Most crime novels are what Graham Greene called ‘entertainments,’ and there’s a lot to be said for that.

“But the best mysteries are always about more than whodunit, or whether the haunted police detective will catch the brilliant-but-mad serial killer before he strikes again, or if the cynical play-by-his-own-rules government agent can stop the terrorist in time. I would argue that the best novels, regardless of where they reside on the shelves at Barnes and Noble, always have something of value to say about people and the world they live in.”

Fans of Housewright can be assured that WHAT DOESN’T KILL US has plenty to say, as well as being yet another thrilling ride into a breathless world of scandal and suspicion. And it certainly won’t be the last.