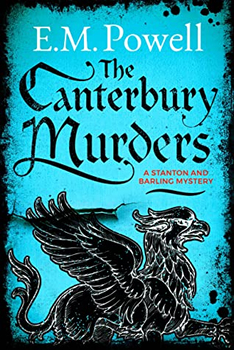 It seems an age since any of us felt comfortable on a busy, bustling street. But for the inhabitants of medieval Canterbury in E. M. Powell’s new historical thriller, there is also a hidden danger—a sacrilegious killer on the loose.

THE CANTERBURY MURDERS is the latest installment of Powell’s Stanton and Barling series, delivering a fresh batch of intricate plots, shocking twists, and more from the winning—if unlikely—pair of investigators. The duo is called to action when the rebuilding of the city’s cathedral is abruptly interrupted. One of the stonemasons is found viciously murdered, the dead man’s face disfigured by a shocking wound.

The first thing that strikes the reader is the book’s setting. Unlike the quiet but claustrophobic village and monastery of the first two books, the city, thronged with visiting pilgrims, feels startlingly modern.

Amongst the parade of pilgrims are the returning investigators Stanton and Barling, the latter seeking to atone for a sin we found out about at the end of Powell’s previous title, The Monastery Murders. “[Barling is] worried for the fate of his soul and needs to go on pilgrimage to do penance for his old sin. The English city of Canterbury was one of the major sites of pilgrimage in twelfth-century Europe, as within the cathedral lay the tomb of Saint Thomas Becket,” Powell says. 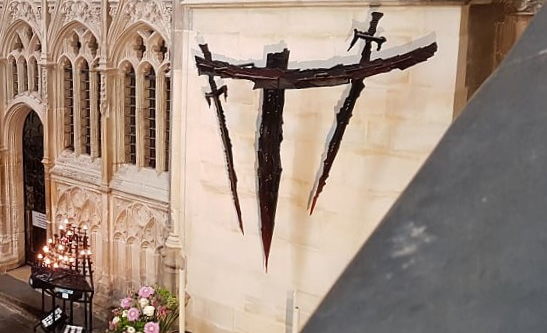 A sculpture at the Martyrdom in Canterbury Cathedral’s North West Transept, the actual site of Archbishop Thomas Becket’s murder in 1170

Powell’s fans will recognize mention of the brutally murdered Becket and his tomb as a subtle nod to the author’s previous series. The Fifth Knight, Powell’s first title in that series, sees Becket’s murder party gain a fictional fifth member and a heart-racing tale of twists and deception to boot. “So on so many levels, Canterbury was the natural choice,” Powell says. “My initial premise had a fresh dead body found at the tomb, and all would stem from there.”

Yet, as Powell can attest, using historical settings brings its own fair share of twists. “And then I opened the research books to find that Canterbury Cathedral had been devastated by a huge fire in 1174,” she says. “On September 5 of that year, fire broke out in three cottages near the cathedral. Unknown to everybody before it was too late, the blaze spread to the roof of the cathedral and ripped through it. A monk, Gervase of Canterbury, wrote a vivid account of the fire, and I used this in the novel.” 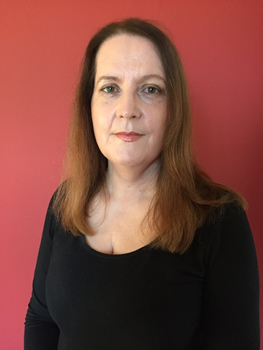 Unfortunately, the image of a cathedral aflame is not an unfamiliar one for so many of us. In a horrible coincidence, Powell, along with millions of people worldwide, saw a great medieval cathedral burn in real time—on April 15, 2019, fire broke out in the roof of Notre Dame Cathedral in Paris.

“While it was impossible to look away,” she says, “the researcher in me partly took over and I made notes from people’s real-time reaction on social media and on news reports. Those reactions—almost identical to those reported by Gervase eight centuries ago—found their way onto the page.”

The aftermath of the twelfth-century fire meant a very different crime scene for Powell’s medieval investigators. “When Stanton and Barling show up, in the spring of 1177, the cathedral would have been a huge building site. That meant a) a great deal of author swearing and b) a different book. For added to the mix of monks and pilgrims were the building trades: stonemasons, plasterers, and many more,” Powell says. “In truth, I think I got lucky as I love where this took me.” 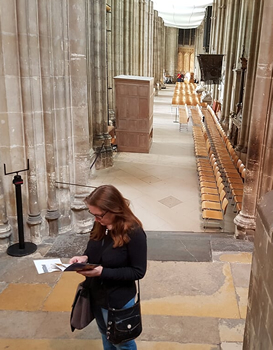 Powell enjoys a research visit to Canterbury Cathedral in May 2019.

Where this takes the reader is to a gripping whodunnit full of suspense, shocks, and second-guessing, all expertly realized in the world of the medieval. It seems impossible to imagine where to begin plotting these mysteries, even though THE CANTERBURY MURDERS makes this the third time Stanton and Barling, with Powell’s assistance, have pulled it off.

Powell explains that her success boils down to a well-oiled method. “I essentially write the story backwards! I start by figuring out who the murderer is, then why that person would commit a murder. Everything else flows from that: the victim(s), the method of the murders, the timing.

“I should also add that as well as writing it backwards, I also write the story twice. I start with the secret version, the one that only the murderer and I know. That one doesn’t find its way onto the page, at least not until it’s shown in the reveal, although of course it underpins everything else. It’s what my investigators, royal clerk Aelred Barling and his assistant Hugo Stanton, are trying to figure out. Their investigation is the story of the novel and what the reader sees. As with any mystery, the reader is trying to figure it out along with them. I love it when the reader gets it wrong.”

If world-building and mystery-plotting are the two points at the base of Powell’s storytelling pyramid, then well-drawn characters form its peak. 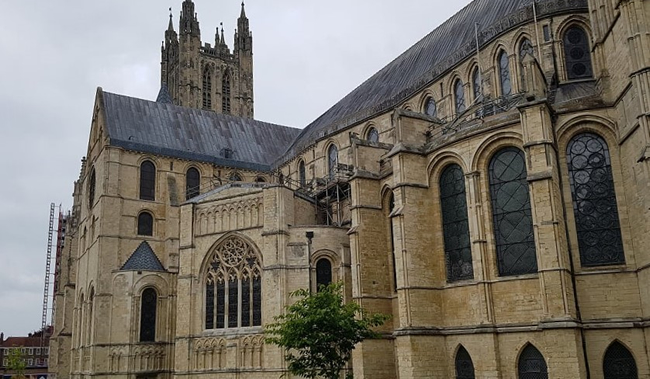 Canterbury Cathedral, which serves as the backdrop for the eponymous crimes in Powell’s third Stanton & Barling mystery

“My investigators are part of the formula, too,” she says. “Barling is a dry, tetchy stick of a man who is happiest alone with his law manuscripts and likes to do everything by the book. The younger Stanton, lover of fast horses, ale, and women, prefers to take risks and in doing so gets himself into all sorts of trouble. Their different approaches can mean bumps in the road, but they get there in the end. Readers have really taken Barling and Stanton and all their imperfections to their hearts, which is lovely to see.”

As for where Stanton and Barling’s investigations will take them next, the possibilities are as wide as they are thrilling. “I’m weighing up whether their next murderer is going to be on the rampage in the forests or amongst the merchant class in the ports. I’m hoping they’ll get around to both!”