Taking on the Mexican Drug Wars 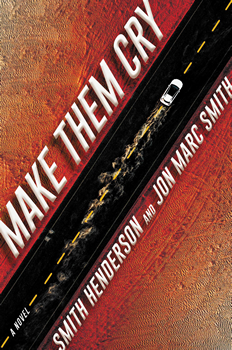 After six years, Henderson is back in the novel-writing saddle—and it’s not a lie to say that MAKE THEM CRY is both a new collaborative effort and the first published book for newcomer Jon Marc Smith.

It’s obvious the two couldn’t be more perfect for each other. MAKE THEM CRY is steeped in the Mexican drug world, where we are introduced to kick-ass DEA agent Diane Harbaugh, who isn’t afraid to administer whatever interrogation tactics are necessary to get the information she needs. Think: 24’s Jack Bauer. (Though she might not do as much yelling.)

The story—reminiscent of work by Don Winslow or Jon Land—gives us a terrifying, and somewhat graphic, deep dive into the world of the cartel, propelling us through the action with whip-smart scenes so intricately crafted you won’t believe it’s the effort of two writers.

In this The Big Thrill interview, Jon Marc Smith provides some insight into their collaborative process, why it works—and how they’ll replicate it again for Book 2. MAKE THEM CRY is the first in a great new series that seems almost primed for the big screen.

Collaboration is tough! But MAKE THEM CRY feels seamless in that there are no parts that feel “disjointed.” How did the writing team of Smith Henderson and Jon Marc Smith come to be?

It’s great to hear you say that you wouldn’t know it was written by two people. That’s exactly what we were going for, so it’s gratifying to get a response like that.

We started collaborating on screenplays 13 years ago. When the MAKE THEM CRY project lingered in pre-development hell, we decided to cut bait on the script and turn it into a novel. And here we are, a decade later. 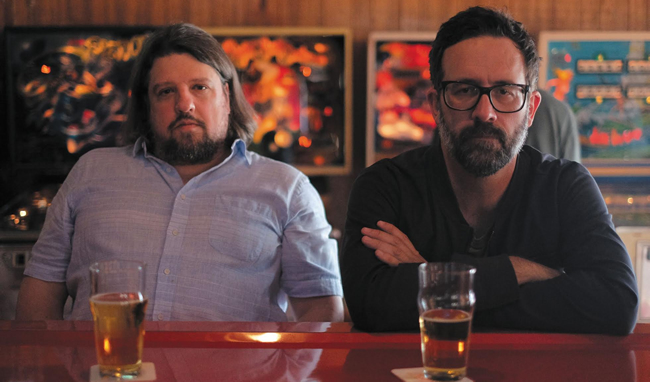 What is your collaborative process? How do you navigate creative disagreements?

We spend lots of time on the front-end talking out the beats of the story. We try to get all the plot elements tied down and secure before actually doing any writing. Then one of us starts putting down the sentences of a chapter, and after that it’s more or less a free-for-all. The goal is always to make the writing whole-cloth and seamless. We don’t want anyone to know two people wrote it. In fact, we don’t even want our future selves to be able to remember who wrote what.

MAKE THEM CRY takes place in the high crime (and action-packed) world of the Mexican drug wars. Many books have been written about this—nonfiction and fiction. What were some of your influences? What drew you to this story? 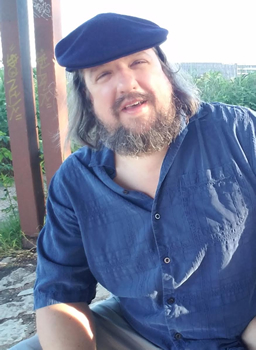 We’re drawn to writing about this subject because we think the drug war is as important geopolitically as the war on terror and actually has a much greater impact on most of our lives. As neighbors and trading partners and countries with deep cultural and historical ties to each other, Mexico and the US can’t be disconnected. The drug wars that devastated Mexico in this century are a direct result of the war on drugs started by the Nixon administration in the ’70s and continued by every president since. The violence carried out by the cartels is not just Mexico’s problem—it’s America’s, too. And even those of us who think we aren’t affected by, say, cartel warfare in Juárez are of course deeply affected by the carceral state, police brutality, the militarization of law enforcement, and all the other things that the war on drugs has wrought. It’s a really important subject, in other words, and we think it’s probably not written about enough.

As for influences, we were inspired by a whole host of truly great nonfiction books about the drug wars in Mexico, mostly written by Mexicans or Mexican Americans. Los Zetas, Inc. by Guadalupe Correa-Cabrera, Narcoland by Anabel Hernández, A Narco History by Carmen Boullosa, El Narco by Ioan Grillo, Midnight in Mexico by Alfredo Corchado, Narcoeconomics by Tom Wainwright, and a bunch of others. There have also been many terrific recent books of fiction by Mexican novelists, too—Yuri Herrera’s Beckettian-nightmare books, Valeria Luiselli’s Lost Children Archive, Juan Pablo Villalobos’s crazed satires, and Elmer Mendoza’s narcofictions.

We are introduced to kick-ass DEA agent Diane Harbaugh—who reminds me a little of a female Jack Bauer, in that she’s not afraid to do what it takes to get what she needs. What can you share about her genesis?

Funny thing is, Harbaugh wasn’t even the protagonist of the novel for a long time. It was years into the project before she slapped us around and made it clear the story was about her. She started out as a resentful antagonist who’d been betrayed by Ian Carver, who runs the insurance-for-criminals organization that has always been central to this project. It took us a long time to figure out that Harbaugh was the most interesting character and the one with the most compelling journey, but once we figured that out, we had no choice but to center the book around her. 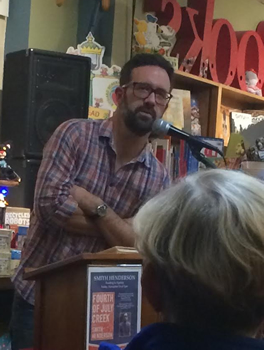 Henderson reads from his acclaimed debut novel, Fourth of July Creek, at
Malaprop’s Bookstore in Asheville, N.C., in November 2014.

MAKE THEM CRY has some of the best action scenes I’ve read in a while—including an awesome car chase scene. The Big Thrill is as much for readers as it is for writers. What are some tips you’d offer up for writing those scenes?

Thanks for saying so. Our best advice is to keep it simple. Take each little piece on its own and try to get things down without using too many words. Writing too much is the main danger, but of course you also have to make sure the audience knows what’s going on. It’s a fine line, and you don’t always know it’s working until a reader tells you so.

I’m billing this as a debut, even though Smith has been (successfully!) published before. For you, Jon, this is your first published work. How did the actual experience measure up to your expectations? (Pandemic drama withstanding!)

It’s been terrific. We’re very lucky to have great people at Ecco working with us, including Dan Halpern and Martin Wilson. Our publicist Beth Parker has been awesome and tireless. And Nicole Aragi is the best agent anyone could ask for. The work of all those people has made the process as smooth as it could possibly be, given the circumstances.

I was thrilled to read that this is the first in a series. What can you tell us about Book 2? And, what can you share about upcoming personal projects?

We’re both working on solo screenplay and novel projects. We’re also working on part 2 of the Diane Harbaugh/Concern saga. We don’t want to give away too many specifics, but we can promise it’ll be more global and the stakes will be even higher for Diane and all the other characters.