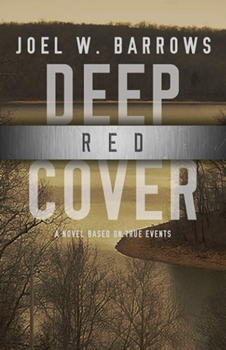 Barrows’s unique experience as a prosecutor and federal judge has enriched his insight into democracy, law, and society—three realms that converge in his complex thrillers. Barrows has authored five books to date, and the latest is a timely warning that constant vigilance is necessary to sustain the American Way.

The body of young Tommy Rutledge is found washed up on the shores of Missouri’s Lake Wappapello, his throat cut. The deceased was known to have ties to the Ozark Militia. There are few clues to his murder, and the trail begins to grow cold for Investigator Morgan Kern of the Missouri Highway Patrol.

At the same time, the militia movement is exploding in America. Some members and supporters simply want to uphold their Second Amendment rights. Others seek to implement a militant agenda. ATF has become increasingly concerned about these groups and the threat they pose. When agents receive a tip of possible illegal weapons trafficking by the Ozark Militia, ATF Special Agent David Ward is tasked with going undercover to find the truth.

The paths of Ward and Kern will intersect in the most unexpected of ways.

Prior to his appointment to Iowa’s district court, Barrows was a practicing attorney for nearly 23 years, the last 18 of those spent as a state, and then federal, prosecutor. His background has made him cognizant of the destabilizing potential of armed, non-state militias. Through his fiction, he hopes that readers “will understand the threat posed by these groups and the forces that influence them.”

Barrows says he’s always been fascinated by different subcultures and fringe groups, which feature in all of his stories. He chose to spotlight the militia movement in this book because he sees it as growing threat in this country. “I enjoyed creating the members of this fictional, but all too real, group,” Barrows says.

DEEP RED COVER is the fruit of “a great deal of research… time-consuming, but always interesting.” That research led Barrows to concur with the current Department of Justice thinking that, at this moment in time, sovereign citizen movements are more proactive than reactive. Still, he acknowledges the impact of formative events such as the 1992 Ruby Ridge firefight and the following year’s Waco tragedy. “Those events … are clearly among the founding moments of this movement,” he says. “There is a mythology that has grown up around them that is part of the militia gospel. There is a general consensus that mistakes were made in the handling of both incidents.”

Barrows says that today’s militias “… would be better organized, better armed, better trained, probably more prolific and able to recruit from a wider variety of supposedly disaffected individuals” than their 20th-century counterparts. “It’s a complex issue,” he says, “but I think there is generally more distrust of governmental institutions and political leaders than at that time. That lack of trust creates a fertile breeding ground for such groups.”

Barrows hopes that DEEP RED COVER “conveys the significance of the threat posed by the militia movement, both seen and unseen.” He points to the right-wing boogaloo movement as “one of the more extreme manifestations of this element.”

Barrows eschews outlines, preferring to start each of his character-driven thrillers with a five- to 10-page idea and then “let the characters take him where they want to go.” The backgrounds, motivation, and development of Agent Ward and the targets of his investigations could work equally well as standalone character studies.

Barrows acknowledges several authors who have influenced his writing: “Elmore Leonard for the unsurpassed dialogue in his books, particularly the way he gets inside the head of his criminal protagonists. Michael Connelly is the master of crime fiction right now. As a former prosecutor, I am amazed at the realism of his portrayal of the world of law enforcement and defense lawyers. He really has his finger on the pulse. And John LeCarré‘s description of spycraft and the geopolitical forces that impact it… always fascinated me.”

It’s Frederick Forsyth, however, who leaves Barrows at a loss for words: “What can I say? He wrote The Day of the Jackal.”

Barrows isn’t precious about his work environment—“I just sit down in front of my enormous PC monitor and get so absorbed in the process I’m transported to the scene I’m creating”—but he cites time management as crucial to his ability to balance writing and family life.

“I have two younger children,” Barrows points out, “so I always make sure that I set aside enough time for them.”

Joel Barrows is an Iowa district court judge who regularly oversees both criminal and civil trials. Prior to his appointment to the bench, he was a practicing attorney for nearly 23 years, the last 18 of those spent as a state, and then federal, prosecutor.

As an attorney, Barrows regularly argued before the United States Court of Appeals. His cases have been as diverse as white collar crime, environmental crime, cyber-crime, child exploitation, narcotics and firearms offenses, immigration crimes, bank robbery, health care fraud, public corruption, civil rights offenses, and threats against the President, and have included many high-profile prosecutions.

He holds a bachelor’s and master’s degree in history, a law degree from Drake University Law School, and a Master of Laws in International and Comparative Law with distinction from Georgetown University Law Center.

Barrows has traveled extensively in Central America. He lives with his family in eastern Iowa along the banks of the Mississippi.