A Thriller with Parallels to Our Current Reality 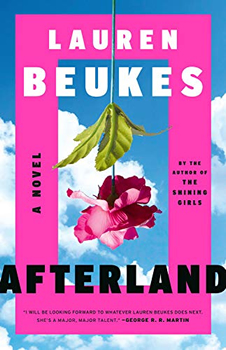 Lauren Beukes shot to prominence in 2013 with her debut The Shining Girls.

Before that, she was a feature journalist and TV and film director—and according to her bio, “When she’s not traveling for research from Detroit to Zagreb, Port-au-Prince to Antarctica, she lives in Cape Town, South Africa, with her daughter and two trouble cats.” The cats may have met their match.

The premise of her new book, Afterland, is that a pandemic hits the world—not unlike the one we’re experiencing now—and most people become sick and then apparently recover. However, it turns out that males subsequently develop prostate cancer and almost all die over the next few years.

Afterland is a world populated and run by women—but don’t expect a feminist utopia; that’s not how the world works. For a start, women are banned from having babies—“reprohibition”—to “flatten the curve,” as we’d say now. Then, any males who do survive become guinea pigs for a variety of tests and analyses.

That brings us to Cole and her teenage son, Miles, both of whom are held at a special facility near Tacoma run by the Department of Men. They are South Africans who were working temporarily in the US when Cole’s husband died of the disease. Her priority is to get her son and herself out of the clutches of the Department of Men and home to South Africa. Her sister, Billie, is supposed to help them escape, but she actually has completely different plans.

Soon Cole and Miles (now disguised as a girl) are on the run with everyone after them.

In this exclusive interview for The Big Thrill, Beukes sheds some light on what inspired her prescient thriller, and what readers can expect both from the novel and from the author. 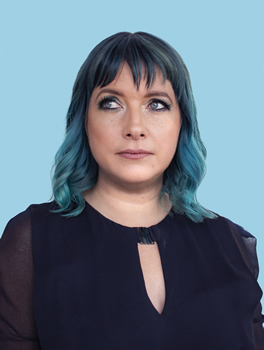 Afterland is amazingly prescient. I’m sure you wrote the book before COVID-19 reared its ugly head, but the pandemic’s impact on society that you describe is now current affairs rather than science fiction—except that your virus subsequently kills almost all men. I imagine that you wanted a premise to explore the impact of a woman being hunted by other women in pursuit of her teenage son, and that the pandemic then took on a life of its own in the story. Is that correct?

Yes, I came up with the idea about five years ago, and we completed final edits in November last year, so it was all way before our real-life pandemic hit. The man-killing plague in the book was a way of getting to a world of women and being able to upturn the sexist cliché that women are kinder and more nurturing and we’d all be making friendship bracelets and growing communal gardens. Women are just as capable of all the evil in the world, from Margaret Thatcher to Daisy de Melker to Mama American, who ran the Americans gang in Cape Town more ruthlessly than her predecessors because she had more to prove. I also wanted to gender flip the traditional “teenage girl in peril from human traffickers” narrative and make it a teenage boy who is being hunted for his body, by gangsters who want to sell him to the highest bidder or harvest his genetic material, by a government that wants to control his reproductive rights.

The thriller is a page-turner as Cole tries to reach safety before her sister and the callous thugs she’s with catch up with her. However, it’s also a moving exploration of a mother-son relationship. Miles is suffering the pangs of growing up and sexual awakening, at the same time as having no friends, pining for his dead father, and being forced to play the role of a girl in public. It leaves him with vulnerabilities Cole can’t guard against. How did you put yourself inside his head so convincingly?

I have an 11-year-old daughter who is just as smart and troublesome and compassionate and funny as Miles. She was a great starting point for me to understand the tween headspace. But that’s just the seed of the character development and I find, in the writing, that characters grow into their own people with their own fears and desires, challenges, and demands.

On the road with Beukes

The story is told from three points of view: Cole, Miles, and Billie. Why did you choose that particular narrative approach for Afterland?

Apart from Zoo City, all my novels have had multiple narrators. I’m interested in the liminal spaces of the story that happen between perspectives, in characters lying to us or to themselves, getting a different take on what just happened, and exploring these other minds. 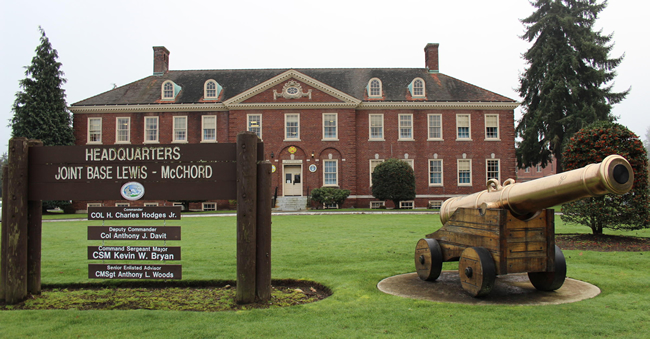 The army base taken over by the Department of Men

Cole has her own issues. All her efforts are directed at protecting Miles and getting home to South Africa, but at one point she can’t cope, and Miles has to take over. It changes their relationship. After that, she regains her strength and pushes through, but makes mistakes along the way. Is she an ordinary mother forced to operate in extraordinary circumstances?

Cole talks about parenting being the worst game of improv ever and wishes she could be Mad Max’s Furiosa or Terminator 2’s Sarah Connor or Ripley from Aliens—a badass action hero. But she’s not. She’s an artist and she’s doing the best she can on her own and living with crippling guilt, believing that she killed her sister and trying to navigate this drastically changed world and get her son to a place he can be himself.

Billie is sociopathic and delusional. She convinces herself that what’s best for her is best for everyone else, although she doesn’t really care about that one way or the other. We know that a last-minute change of sisterly heart isn’t going to happen. Cole and Miles are on their own. The women Billie is with are pitiless, and the woman they work for is even worse, a classic gangster boss. You seem to be saying that in the absence of men, there will be no shortage of women to step into the violent roles and carry out the nastiness. Would you comment?

The social and systemic problems don’t go away in a pandemic; in fact, we’ve all seen how a global plague brings them into laser focus and further divides rich and poor, entrenches bigotry and nationalism, and gives rise to fascism. In a world that’s only three years away from our own, none of that is going to be magically solved, and women are full human beings, capable of being greedy and self-interested and violent. Gangsterism will endure, the same way drug addiction will. There have always been and will always be people willing to exploit others and operate in the cracks, whatever their gender.

Cole and Miles manage to hide in plain sight by joining traveling proselytizing nuns for a new church that believes God removed all the men as a punishment to women. They meet them at a casino trying to make converts. How did you come up with that idea? 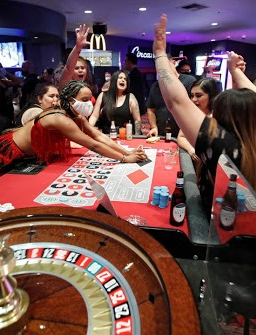 It was the starting point for the book, this cult that’s part Old Testament evangelical and part Scientology or Nxivm self-help that truly believes it was women’s sins—talking too much, not being obedient wives, having sexual desires—that caused God to bring about the end of men. They believe if they can only repent enough and convince enough other people to repent with them in public repentnals, wailing and tearing at their brightly colored robes printed with the word “sorry” all over, that their god will forgive them and restore the natural order. It makes the nuns very annoying to be around for ordinary people just trying to go about their daily lives, which also makes wearing the robes the perfect disguise for a boy disguised as a girl… unless the Church finds out the answer to their prayers is walking among them.

Each one of your books is surprising in a quite different way. Can you tell us anything about your next project?

I don’t like to talk about new ideas when they’re still nascent buds. It’s too easy to crush the life out of them. I am developing an original horror TV show with my friends Sam Beckbessinger and Dale Halvorsen together with Bad Wolf (who made Killing Eve and Doctor Who), and we’re currently pitching Afterland as a TV show or movie.