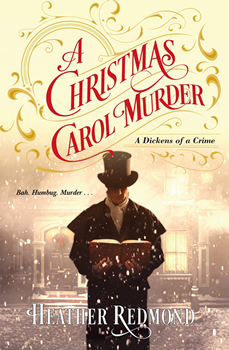 Heather Redmond has a deep appreciation for Charles Dickens’ work—her acclaimed Dickens of a crime cozy mystery series is inspired by it.

In her latest installment, A CHRISTMAS CAROL MURDER, the year is 1835, and a young Charles Dickens and his fiancée Kate Hogarth are out for an evening of holiday cheer when a body plummets from a window and lands at their feet, the victim’s neck strangely wrapped in chains.

Charles suspects that an unpleasant codger by the name of Emmanuel Screws pushed his business partner—Jacob Harley—to his death, but Kate isn’t so easily convinced. Emmanuel is too old, and too weak, to push a body out a window, she claims.

A difference of opinion is nothing new for these lovebirds, but to further complicate things, an infant arrives unexpectedly. And then, when Jacob’s body is stolen, Charles is visited by what he thinks is Jacob’s ghost—unless it’s his overactive imagination acting up again. Can Charles find a home for the orphan child while solving a murder? 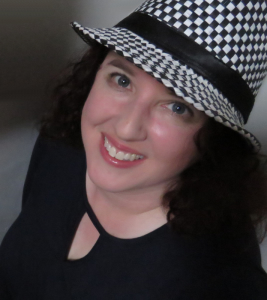 Redmond is counting on it. And along the way, she hopes readers will “embrace the joy of the holiday season while enjoying an exciting mystery.”

Not to mention being swept back in time to 1800s England, a period of time Redmond finds fascinating for a variety of reasons.

“The 19 century was a period of endless change and innovation,” she says. “With the police force newly forming, anything could happen in terms of pursuing crime.”

Some of that evolution is apparent in A CHRISTMAS CAROL MURDER—book three in the series—while also leaving the door open for more.

Heather Redmond is an author of commercial fiction and also writes as Heather Hiestand. First published in mystery, she took a long detour through romance before returning. Though her last British-born ancestor departed London in the 1920s, she is a committed anglophile, Dickens devotee, and lover of all things 19th century.

She has lived in Illinois, California, and Texas, and now resides in a small town in Washington State with her husband and son. The author of many novels, novellas, and short stories, she has achieved bestseller status at Amazon and Barnes & Noble. Her 2018 Heather Redmond debut, A Tale of Two Murders, was a multi-week Barnes & Noble Hardcover Mystery Bestseller.

Her two current mystery series are The Dickens of a Crime series and The Journaling Mysteries. She writes for Kensington and Severn House.

She is the 2020-21 President of the Columbia River Chapter of Sisters in Crime (SinC).