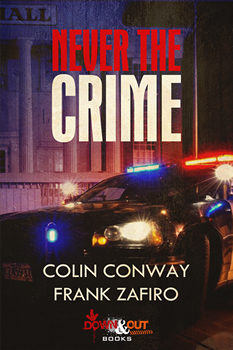 Most crime fiction gives us good guys and bad guys who square off against each other. But great fiction reminds us that the real world is filled with shades of gray. Colin Conway and Frank Zafiro present this complexity through fascinating characters in their latest novel, NEVER THE CRIME.

The book revolves around Spokane Police Officer Tyler Garrett. The public sees Garrett as a victim, an officer who has been slandered but is now cleared. The mayor and police chief agree that he’s a good cop who was falsely accused. But the truth is that he has betrayed his oath and his badge. The authors confirm that a person who doesn’t intimately know Tyler Garrett would most definitely like him.

“He’s charming and handsome,” Conway says. “He’s a man doing a dangerous job and most folks are going to be interested in that aspect of his life. From the outside, he’s a hero. The city’s administration and the police department’s upper echelon even market him that way to the public.”

Even Garrett believes himself a hero. With the controversy two years behind him, he’s moving on and getting his life back together. However, Detective Wardell Clint is still hunting evidence that will prove that Garrett is dirty.

“Our series is a police procedural with multiple POVs so we can balance this experience,” Zafiro says. “My partner, Colin Conway, came up with the idea for Charlie-316, the first book in the series, but after that, it was a collaborative process.”

In that first book, the reader doesn’t know the truth until more than halfway through. In NEVER THE CRIME, the second book, the reader knows Garrett’s secret. But while Clint pursues him, a rash of new city hall scandals break out, including a suspicious death. Garrett gets involved with the investigation and soon everyone is drawn into the whirlpool of dirty politics, including the mayor, the chief, councilmembers, police captains, and reporters. 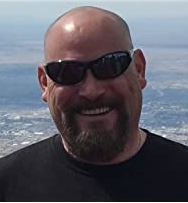 This story focuses on the loyalties and ethics of law enforcement personnel, a topic of great interest to the authors.

“Both of us were in the military prior to our experience as police officers,” Conway says. “The loyalty displayed in those organizations is unlike anything experienced in civilian life. It must be since lives depend upon it. You must believe that the person next to you will stand with you in a fight, whether it be a firefight or a bar fight. If you can’t trust that person, then you’re not able to fully commit to whatever action may be necessary. And failing to do that can have grave consequences.”

Regarding the question of ethics, the authors said they were taught from the early days in the police academy that the most important thing they had was their integrity. But if that is taught in all academies, they wondered why some would trade it away for meaningless things.

“The questions of ethics were something we wanted to explore in not just Tyler Garrett, but also those characters surrounding Tyler Garrett,” Zafiro says. “A careful reader will see shades of noble cause corruption, that is, doing the wrong thing for a perceived right reason, in almost every meaningful character in the series.” 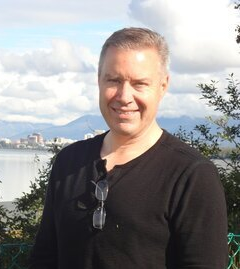 The story does NOT prompt you to root for Garrett. You will, however, cheer for Detective Clint and Captain Tom Farrell.

“These two men are out to expose the truth behind Garrett’s deeds,” Conway says. “Unfortunately, they battle the rub of ethics versus the demand for justice. They know what Garrett has done is wrong, yet they can’t prove it.”

Both authors served as officers in Spokane, and that department is mirrored closely in their books except that they changed the command structure. For the purposes of their story, they wanted to start with a police department that had long enjoyed stability in leadership. However, all the events in the series are completely fictional.

Conway and Zafiro work well as a team. When they started their first novel, they outlined the story, then created the characters and discussed their motivation. Then they divvied up who would write those characters based on their respective strengths. After that, they wrote their characters as they fit into the outline.

According to Zafiro, “This made for an interesting dance. Sometimes that meant writing three chapters in a row—maybe it meant just writing one—before sending it on to our partner. Then the partner would review the previous chapters, edit and tweak as appropriate, before moving forward into his own chapters. When it went back to the first writer again, he reviewed the edits to his original chapters, read over the new chapters for revision purposes, and then set about writing the next chapter in the outline.”

“It helped provide a very clean early draft,” he says. “By the time we actually finished, we were at least a second draft into the story with how much revising the book had already seen. The second benefit to all the co-editing was a more consistent voice. While our characters have very distinct behaviors and voices, readers would be hard-pressed to determine which characters either of us handled.”

And they agree that they both edit with a heavy hand, regardless of where the text originated. The question of ego is minimal, but the focus on what’s best for the book is paramount.

After NEVER THE CRIME, Badge Heavy will follow in September, then Code Four will close out the Garrett saga.  They say before it all ends, we will understand that it’s never the crime that causes the downfall, but the following cover-up. There will never be a better time to get into this unique crime series.

Colin Conway is the author of The 509 Crime Stories, a series of novels set in Eastern Washington with revolving lead characters. They are standalone tales and can be read in any order. He served in the US Army and later was an officer of the Spokane Police Department. He’s a commercial real estate broker/investor, owned a laundromat, invested in a bar, and ran a karate school. Colin lives with his beautiful life partner, their three wonderful children, and a crazy, codependent Vizsla that rules their world.

Frank Zafiro was a police officer in Spokane, Washington, from 1993 to 2013. He retired as a captain. He is the author of numerous crime novels, including the River City novels and the Stefan Kopriva series. He lives in Redmond, Oregon, with his wife Kristi, dogs Richie and Wiley, and a very self-assured cat named Pasta. He is an avid hockey fan and a tortured guitarist.