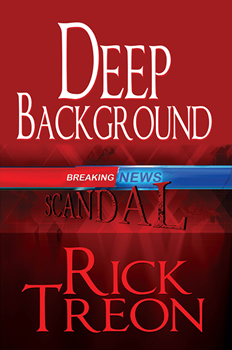 After honing his writing skills as an award-winning journalist and editor, Rick Treon has made the leap to debut author with DEEP BACKGROUND, about a reporter caught up in a political scandal that turns deadly in a small Texas Panhandle town.

Two years ago, reporter Levi Cole broke one of the biggest political scandals in recent history. Now, the same anonymous conspirators expose him for fabricating parts of his stories. He resigns and returns to his rural Texas hometown to win over Kat Hallaway—the married woman and fellow reporter he had left behind. Levi restarts the relationship by helping her cover a grisly murder. But as they get close to the heart of the crime, Kat is kidnapped by the killer. When Levi finds Kat, he learns the identity of his tormentors and how they connect to the murder. Faced with the truth, Levi must decide how far he will go to rescue Kat and regain control of his life.

While Treon’s training as a journalist informs every aspect of his debut, writing a novel gave him a chance to flex some very different muscles. “Coming from a journalism background, where we’re trained in the conservation of words, allowing myself to expand upon subjects was a new feeling,” he says.

Treon wanted to write fiction before he became a reporter, but he realized that journalism would give him a way to write every day while still earning a steady paycheck. His childhood passion for reading enigmatic thrillers with multi-dimensional characters never faded, though, and eventually fed his ambition to write one himself. He says his fascination with puzzles and their parallels in real life drew him to the genre of the political thriller.

“To have the final chapters explain aspects of the story that have been there the whole time is very satisfying,” Treon says.

One of his biggest challenges while writing DEEP BACKGROUND was keeping up with the relentless pace of political news in America. Yet ever since he was bitten by the writing bug in his school days, his artistic mandate has always been “character first.” Like many writers, Treon finds inspiration for his characters in real life, and he prefers to let them dictate the story—and their own development—as they are impacted by the novel’s interlocking plot twists. Of course, as Treon points out, “Real people would almost never go to the lengths a character would go to in a thriller.”

Although he tackles serious subjects as a writer, Treon doesn’t take himself too seriously. He doesn’t adhere to a strict writing schedule, probably because breaking news dictated how his days unfolded for so many years.

“I have never been much of a strict day-to-day planner,” he says. “Much of my pre-writing is done in the form of daydreaming and living my daily life, so for that phase, my time doesn’t need to be blocked out for writing. … I spend a couple hours [a day] promoting DEEP BACKGROUND and working on that end of the business, which I am thoroughly enjoying, but I spend more than twice that amount writing, or at least looking at a blinking cursor.”

He’s also not fussy about his writing space. “Anywhere private where I can type on my laptop will do,” Treon says. “I do have to have some kind of media playing in the background, though. I can’t have music, because then I just want to sing along. But I absolutely can’t have complete silence.”

Treon approaches his craft methodically with chapter outlines, character bios, and graphs that show where plot lines intersect. But that work is only a starting point; eventually the story takes on a life of its own, independent of its structural genesis.

And as the world of the story expands, Treon’s does the opposite.

“The deeper I get into writing or rewriting a draft, the more of a hermit I become,” he admits. “And, as I’m sure is the case with many writers, my personal relationships are put on hold a bit during this part of the process. But I warn people, and my friends and family are very supportive, so suffering is a bit too strong a word for it.”

Treon has already started his next novel, for which he “decided to dive into new worlds.” Anyone who picks up DEEP BACKGROUND will be keenly looking forward to another thrilling read. 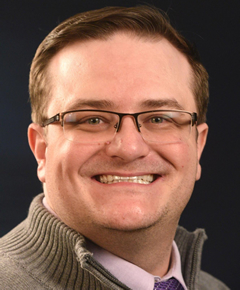 Rick Treon is a Texas-based novelist, a member of the International Thriller Writers and a member of the Texas High Plains Writers. After graduating in journalism from The University of Texas at Austin, Treon worked as a reporter for the Fort Worth Star-Telegram, a reporter and editor at the Amarillo Globe-News and was the managing editor of The Kerrville Daily Times.