When Darkness Is the Deepest Fear 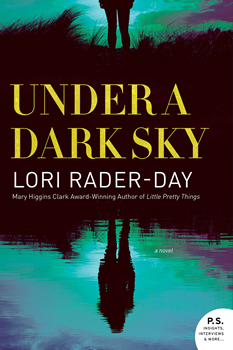 Rader-Day’s protagonist is the young and recently widowed Eden Wallace, whose life has been shattered by her loss. She doesn’t have a job and has abandoned her true passion of photography. Worse, she’s plagued by debilitating night terrors that mean she must have lights on at all times. The dark has become her deepest fear.

The discovery in her husband’s paperwork of a week-long reservation at a dark sky park comes as an unsettling discovery. But Eden decides to face those fears and make the trip. Trouble is, the guest house reservation at the park is for shared accommodation. She finds herself among a group of twenty-somethings who have known each other since their college days. Eden has no intention of staying, resolving to leave the next morning. But it’s not only the fall of night that brings terror. A scream wakes the household—one of the friends is dead.

What follows is a modern take on the locked-room mystery, taut and suspenseful to the last pages. Such intricate mysteries are notoriously difficult to plot, something which Rader-Day says did give her a few headaches along the way. “‘I’m a ‘pantser,’ someone who begins writing from only a few points of information,” she says. “I’ve come to understand that the moment where I realize I’ve painted myself into a corner (and the panic that ensues) is part of my process. I call it the dark night of the soul, but it’s usually at least three weeks long.”

If that painting-in happens, Rader-Day has some useful strategies which she deploys. “Sometimes I take some time away. Sometimes I go back to the beginning and read it through, to catch some momentum.” And if she’s really stuck, she resorts to a physical change. “I’ll put the laptop away and take out a notebook and carry that around for a while, noodling ideas down. The notebook feels less permanent, so I can play around more, and loosen up the story.”

Whatever methods Rader-Day used, they certainly worked, and not only in her plotting. Eden as first-person narrator was superbly done: her terror of the dark, her slowly revealed past, her sometimes tenuous grip on reality. Yet instead of the reader withdrawing from that reality, I, for one, was completely pulled into it. Rader-Day’s first-person narration was a conscious choice.

“I prefer first person and third person close to third person distant/omniscient,” she says. “I like to explore the inner workings of a character and how that differs from what they say or how they act. Sometimes a story needs more scope than that, which would be a good reason to pull back a bit. Close, deep point of view is good for giving the reader a lived experience through the character.”

The setting of the dark-sky park was another major factor in shaping this cleverly-crafted mystery.  Not only that, it provided the initial inspiration for Rader-Day as well. “The story started with location, location, location,” she says. “I was inspired to write about dark sky spaces when I first heard they existed. It was a radio story about a park receiving its designation, and I thought, ‘What a great setting for a murder mystery.’ The dark setting made me think about how some people can act differently in darkness than they would in broad daylight.”

Such spaces sound intriguing and Rader-Day is only too happy to elaborate. “A dark sky park is a national or state park, usually, that has been designated a dark sky space by the International Dark-Sky Association for its commitment to controlling light pollution. People visit the park during the daytime for the regular reasons, but at night, they visit to see the night sky, the way nature intended. The park controls artificial light, including what kinds of lighting visitors can use. For instance: night vision flashlights are fine but not the regular kind.”

It’s no surprise that UNDER A DARK SKY works so well. Rader-Day’s previous mysteries have been nominated for and won multiple awards. Her previous release, The Day I Died, is a nominee for the 2018 Anthony Award for Best Paperback Original. She’s very modest about those successes and is keen to recognize the influence of great mystery writers who have gone before her.

“Agatha Christie is a plot genius,” she says. “This is where I feel weakest, so I admire her strengths there. I’m a big fan of the John Curran work on her ‘secret’ notebooks—she went to the notebooks to work out ideas, too. Mary Higgins Clark is the queen of the stories where everyday lives are upended and turned to nightmares. And then Patricia Highsmith is the absolute best at creeping dread, where things go from bad to worse, and you find yourself rooting for the badly behaved.”

She has some solid advice for aspiring mystery writers too. “Build a network of other writers now, right now, before the book is done or sold. Writing can be a lonely business, but it doesn’t have to be, and all the other things they need to learn, they can learn by being among their peers and people just a few steps ahead. I built my network through the writing associations, so that’s usually where I send people. Join, volunteer, engage.”

As for Rader-Day, she’s on to the next challenge. “I’m working on what will be my fifth novel, which has a true-crime element. It’s different from my prior books, but then I think all my books are a little different from each other. In a good way, I hope.”

One suspects it will indeed be very good—no mystery there.

The August 2018 Edition of the Big Thrill