Are YA Thrillers on the Rise? 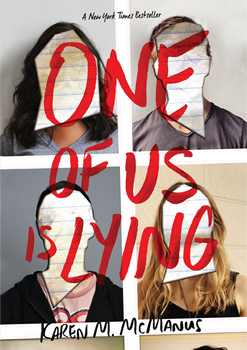 The New York Times adult fiction bestseller list often reads like a Who’s Who of thrillers. While other genres tend to cycle in and out of popularity, genre giants like Lee Child, Karin Slaughter, Stephen King, and dozens more need do nothing else than publish a new book to re-stake their position at the top.

Until recently, the young-adult category couldn’t have looked more different, with authors like teen favorites John Green and Becky Albertalli—writers of contemporary non-thriller fiction—clinging to those top spots like literary life preservers. But if the recent popularity of Netflix shows like Stranger Things and true crime podcasts have taught us anything, it’s that today’s audiences crave dark, suspenseful storytelling—and it’s a trend that’s steadily creeping into the young adult market.

A current peek at “the list” shows Karen McManus’s young adult debut One of Us Is Lying holding strong near the top, enjoying an impressive 53-week run, somewhat unprecedented for the genre. Melissa Albert’s The Hazel Wood—also a debut—currently sits in the seventh place slot, having shuffled up and down the list for the past 25 weeks.

It would seem that the young adult thriller is having a “moment”—and authors couldn’t be more…thrilled.

“The vampire novels are long gone,” says R. L Stine, whose wildly popular Fear Street and Goosebumps books have cemented his position as an authority on what gives young readers the chills. His books have sold more than 400 million copies around the world, and with a fresh contract for six new Fear Street books, a recent middle grade anthology release, and a number of projects underway, Stine is firmly entrenched in the market. That’s to say, he knows what he’s talking about. “The dystopian novels are also on their way out. Paranormal fantasies and romances are holding, but thrillers are definitely a presence.” 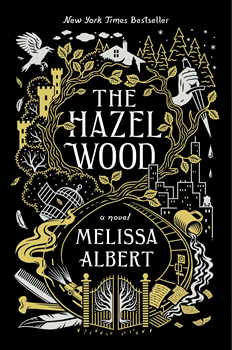 That’s good news for author Kit Frick, whose haunting coming-of-age thriller See All the Stars has garnered considerable pre-publication buzz. Dubbed as We Were Liars meets Goodbye Days, the book taps into the unreliable narrator trend, and guides readers through alternating timelines—THEN and NOW—until they converge in a shocking plot twist that will leave readers breathless.

“I think part of the upswing in popularity had to do with a trickle-down from the adult market,” Frick says. “With the absolute success of 2012’s Gone Girl and 2015’s The Girl on the Train—break-out books in an already healthy thriller market—it’s my sense that both authors and publishers saw the potential for bringing more of those stories to a YA audience, and of course it took a couple of years—but not really that long—to pick up steam.”

Regardless of whether the upturn is the sign of a popularity blip or a long-term trend, publishers are taking note. Simon & Schuster/McElderry recently acquired author Chelsea Pitcher’s thriller, This Lie Will Kill You—and gave it a fast-track release date of December 2018.

At the top of those lists is Courtney Summers’s Sadie, a YA thriller centering on a Serial-type podcast. The story lends itself to a multi-media accompaniment, and MacMillan Podcasts was quick to turn another adult trend on its head—readers will be able to follow Sadie’s journey to find her sister’s killer in a six-part weekly series for teens called The Girls.

“It’s really a first-of-its-kind fiction podcast that can stand on its own as a compelling thriller—or be used as a unique and innovative way to enrich the Sadie book experience,” says Alyssa Martini, senior editor at MacMillan Podcasts. “The novel’s storyline includes an obsessive reporter who starts a podcast to track Sadie’s journey to find her sister’s killer. Our six-part series brings those chapters to life, featuring a cast of more than 30 and an exceptionally produced audio drama. It’s the perfect way to introduce Sadie to readers who will then want to experience the full novel—or simply give true-crime podcast lovers a great new addition to their catalog as a stand-alone miniseries.”

You can find it on any podcast app, starting August 1.

No question pop culture influences have fed the market for teen thrillers, but some speculate that their visibility has increased in part for the same reason adult books in the same genre have always done well—they provide safe thrills without real-life consequences, and an escape from an increasingly uncertain and scary world. 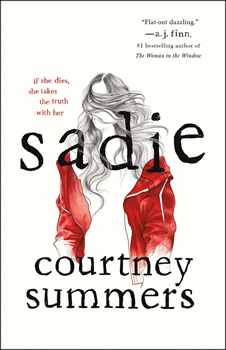 The current societal landscape is a breeding ground of ideas for young adult thriller writers and many of the issues creating global headlines are making their way into books for teen readers. Amy Lukavics’s forthcoming Nightingale, for instance, is a psychological horror story that addresses some of tensions raised by the current #MeToo movement, and Tiffany D. Jackson’s Spring release, Monday’s Not Coming, also grapples with socially-relevant themes.

“It’s hard to pinpoint what exactly is driving the trend,” says Sara Goodman, editorial director at Wednesday Books. “I think in general YA readers are looking for something high concept and plot driven. There’s a lot of fantasy out there, and fairy tale retellings, and paranormal books—readers are, I think, ready for something new and fresh but also propulsive and exciting. Thrillers seem like the perfect next step.”

That is certainly reflected in the reader preferences of Kimberly Gabriel’s Grade 7 class at the Chicago suburbs school where she teaches. Gabriel, a passionate educator and the debut author of the forthcoming thriller Every Stolen Breath—a chilling story loosely based on real-life Chicago flash mobs that crowd-sourced violence and even murder back in 2013—says she can’t seem to keep teen thrillers on her shelves.

“My students have enjoyed thrillers for years, and for the longest time, I couldn’t find enough great thrillers to recommend to them,” she says. “With the recent surplus of strong thrillers with diverse casts and themes, my students have been devouring them. As soon as they finish one, they are ready for the next.”

Not surprising, McManus’s One of Us Is Lying made the list of best reads of the year, along with Little Monsters by Kara Thomas, Overdrive by Dawn Ius, and The Window by Amelia Brunskil.

Gabriel says naturally, when it came time to craft her own novel, thriller was an easy choice.

“I’m drawn to thrillers for many of the same reasons my students are drawn to them,” she says. “I love the tension, the drama, and the danger that keeps me reading late into the night. There is also something very appealing to me about living vicariously through the characters in situations I hope I never encounter and pretending I’m as strong and brave as they are. So naturally I wrote a book that I would love to read, but I also tend to write with my students in mind as my audience. I like to think Every Stolen Breath is that next book that will keep reading exciting for them.”

Heightened awareness of danger is a key part of the adolescent experience—it is, of course, when most of us realize that bad things can, and do, happen. But while the global success of One of Us Is Lying may seem sudden, many would argue that the YA thriller has actually been gaining traction for some time. 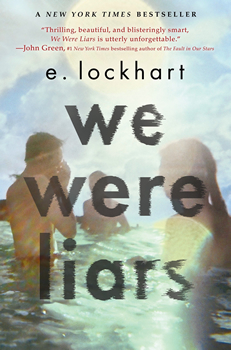 In the past few years, several authors have stepped out of their comfortable rom-com zone to dip their toes in more sinister territory. Stephanie Perks surprised fans with her Scream-inspired thriller There’s Someone Inside Your House, and E. Lockhart, perhaps now best known for her bestselling novel of suspense We Were Liars, cut her teeth on teen romance before venturing down the unreliable narrator rabbit hole.

Surprising  shifts for the young adult market, maybe, but avid readers of adult thriller remember a time when some of their genre favorites—like Sandra Brown and Nora Roberts—began their careers as romance writers before transitioning to suspense and thriller.

All signs certainly do point to an upswing in the popularity of young adult thrillers—at least in the North American market. But foreign rights agent Taryn Fagerness says she hasn’t seen a massive uptake in the genre across the border.

“I’m not sure I would classify the interest in YA thrillers as a ‘moment,’ ” she says. “There is increased interest, but I still think it’s fairly difficult to sell. Historically, foreign publishers in most territories—especially Italy—haven’t done well with thriller. Publishers are still being cautious. They will only offer for really special titles.”

Having sold to 37 territories, McManus’s One of Us Is Lying certainly qualifies. But even now, the books that do make it into the discerning foreign market lean more toward psychological thrillers with strong characters and unique plot twists, like Lockhart’s We Were Liars, which is actually credited for sparking initial interest in teen thrillers from publishers outside the U.S.

“If that trend will grow or die has yet to be seen, at least from my perspective,” Fagerness says. “Often times, one huge book can start a trend. Twilight launched an incredibly robust trend in YA paranormal romance. What is the big thriller book? I’m not sure I’ve seen it yet.”