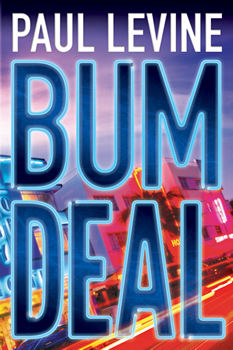 If you’re looking for a hero with heart and a brain-teasing mystery in the crowded field of legal thrillers, seek out BUM DEAL by veteran author Paul Levine.

BUM DEAL features second-string linebacker turned defense lawyer Jake Lassiter, who is appointed special prosecutor in a high-profile murder case. Working on the “other side” now, Lassiter is determined to take down a prominent surgeon accused of killing his wife.

This is the 13th novel featuring Lassiter, who was a second team linebacker for the Miami Dolphins 20 years ago and suffered numerous concussions which came with long term consequences. After his pro football career ended, he went to night law school and until the appointment in this book, has worked as a defense attorney.

Lassiter is not a crusading attorney. In fact, he says, “I never intended to become a hero, and I succeeded,” but he often finds himself fighting for clients when other lawyers won’t take their cases. This is how he picked up the nickname “Last Chance Lassiter.” He’ll tell you that the law is a contact sport, and if he believes in your innocence, he’ll risk contempt, take a punch, and break down doors to win. Like most traditional hard boiled detectives, Lassiter is a good guy, but not necessarily a classy guy.

“I think you’d enjoy meeting Lassiter at a cocktail party,” Levine says. “Just don’t expect him to order a hip, fizzy millennial’s cocktail with grapefruit mist and dragon fruit liqueur. A cold beer or bourbon neat will do him fine.”

This self-confessed “brew and burger guy in a paté and Chardonnay world” makes the book a true thriller, but the legal thriller is wrapped around a mystery. Did Dr. Calvert kill his wife and can Lassiter, now a specially appointed prosecutor, convict him? There are definite challenges: there is no evidence, no witness, and no dead body. Also, he’s opposed by defense attorneys who know his moves. Levine decided to pit Lassiter against two of his other recurring characters.

“Lassiter has been a mentor to both Steve Solomon and his law partner/fiancée, Victoria Lord,” Levine says. “They’ve worked together in the past. In BUM DEAL it’s fun pitting them against each other…the students trying to outsmart the teacher. These dynamics interest me, not to mention the male animal rivalry between Lassiter and Solomon.”

Lassiter is also battling a worsening medical condition. Chronic Traumatic Encephalopathy (CTE) is a degenerative brain disease found in athletes as well as military veterans and others with a history of repetitive brain trauma. Levine has a personal interest in this condition. He was deeply affected by the loss of a close friend, a former football player and international rugby player, who died of CTE. A little research showed that this was not an isolated instance.

“Hundreds of former NFL players have succumbed to traumatic brain injuries caused by repetitive concussions and hundreds more will die in the future,” Levine says. “It’s a tragic situation, compounded by the NFL’s stubborn resistance to admit the truth for decades before finally agreeing to a nearly one billion dollar settlement of claims. In BUM DEAL Lassiter is suffering increasing symptoms of brain damage—confusion, irritability, memory issues—from repeated concussions during his playing days.”

Levine hopes that his treatment of these issues will spark conversations among readers. This is a topic of importance to athletes, sports fans, and parents across the nation.

Of course, his illness is only one side of Lassiter as a character. He is the product of a lot of personal experience as well. After all, Levine was a partner in an international law firm, nearing 40 years old, when he created Lassiter.

“I was going through a mid-life crisis, not enjoying my work, alienated from my clients and even my partners,” Levine says. “Rather than go into therapy, I created the alter ego of Jake Lassiter, who would do things I wanted to do, like punch out a lawyer who played dirty.”

Of course, unlike Levine’s real-life experience, Lassiter spends considerable time in holding cells after being cited for contempt. And Solomon and Lord, also drawn from that real life experience, are updated reflections of squabbling fictional couples Levine has admired, from Dashiell Hammett’s Nick and Nora Charles from The Thin Man series to TV’s Moonlighting detectives.

Levine’s cinematic writing style, filled with sharp and witty dialogie that in itself makes his work worth the read.

This gift for dialogue may reflect his own television experience. In addition to the 21 novels he has penned, he wrote 20 episodes of the CBS military drama JAG, and he co-created the Supreme Court drama First Monday starring James Garner and Joe Mantegna. And Lassiter has made the leap to the screen in a made-for-TV movie (1995’s “Jake Lassiter: Justice on the Bayou”) But clearly Lassiter’s first best destiny is in a series of gripping legal thrillers.

That said, Levine says this just might be the last of the Lassiter novels. Whether or not that’s true, BUM DEAL is one you don’t want to miss. 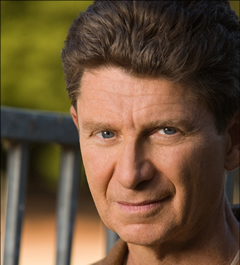 The author of twenty-one novels, Paul Levine has won the John D. MacDonald Florida Fiction Award and has been nominated for the Edgar, Macavity, International Thriller, Shamus and James Thurber prizes. A former Miami trial lawyer, he also wrote twenty episodes of the CBS military drama JAG and co-created the Supreme Court drama First Monday starring James Garner and Joe Mantegna. The international bestseller To Speak for the Dead was his first novel and is still in print 28 years after publication. He is also the author of the Solomon vs. Lord series and the thrillers Illegal, Ballistic, Impact, and Paydirt. His novel, Bum Luck, was a number one bestseller on Amazon. A graduate of Penn State University and the University of Miami Law School, he divides his time between Miami, Florida and Santa Barbara, California.