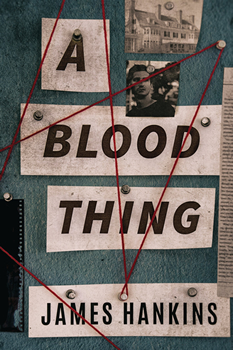 Politics has never been a theme in James Hankins’ books before—but it felt right for A BLOOD THING, a frightening new thriller that explores the lengths people will go to protect the ones they love.

“In my own lifetime, I don’t recall a time of greater political unrest,” Hankins says. “It pervades each of our daily lives, it seems, and writing a book with a political component no doubt made me even more acutely aware of it than I might otherwise have been.”

That didn’t stop the words from flowing, though.

A BLOOD THING is the story of a governor who is blackmailed into pardoning a prisoner in order to save his family. And while there are brief mentions now and then of the character’s political agenda—which touches on issues like gun control, racketeering laws, and drug policy—the conflicts don’t mirror what’s going on in today’s political climate, allowing Hankins to “stay in my writer’s bubble and write without feeling the need to reflect or comment on the political issues of the day.”

Hankins took some time away from his upcoming release day planning to answer some questions for The Big Thrill.

A BLOOD THING tackles a lot of big themes—family, politics, murder. What draws you to those themes in your work?

Some themes recur throughout all of my books, but now and then a new one works its way into a novel based on the needs of a particular story. Murder finds its way into a large percentage of thrillers and novels of suspense, and mine are no exception, probably because many consider it the ultimate crime. The finality of death automatically makes the stakes in a story high, and the fear of death and of the villains who bring it to others gives readers a sense of danger they can experience from the safety of their comfy reading nooks.

Family is undoubtedly the strongest theme throughout all of my books, whether it be a brother searching for a missing brother, a parent trying to protect his or her children, or a small-time criminal trying to do the right thing for the first time in his life as a way of finding redemption for the mistakes he made with his ex-wife and child. However, the importance of family in my work may be more evident than ever in A BLOOD THING, in which four siblings protect each other, cover for each other, sometimes cross the line for each other, and despite the occasional disagreement, always love each other.

I’ve always been fascinated by blackmail, and the impossible position it puts people in. What was the idea spark for this particular book?

A great part of the reason people read thrillers and novels of suspense is to experience things they might not in their real lives. They can be someone they aren’t—a fighter, a lover, even a villain. They can do things they would never do, like skydive, chase a bad guy on skis down an Alpine slope at breakneck speed, or walk away unscathed from a barroom brawl. They can also experience situations in which they would never actually want to be in the real world and will—hopefully—never find themselves in.

Though often less of a physical threat, blackmail, to me, is frightening and terribly frustrating. The idea that another person has a hold on you and could destroy the life you’ve built in a blink if you don’t submit to his or her demands, maybe do things you might never otherwise consider doing, is terrifying.

As for the initial spark that gave rise to A BLOOD THING, interestingly, it’s the first of my books that started life as a title. Typically, at the outset, I come up with a story hook or an interesting character and go from there. But the phrase “a blood thing,” which I had heard many times before, struck me one day. The word “blood” obviously isn’t out of place on the cover of a thriller, but more important, the meaning of the entire phrase and how it relates to family, the idea that you might do things for family that you wouldn’t for anyone else—really resonated with me.

I enjoyed how you ramped up the suspense throughout, which is, of course, the hallmark of a great thriller. How much plotting is required for you to gauge pacing in your books?

As everyone knows, some writers plot their stories down to the most minute detail, while others sit down in front of their keyboards each day without the slightest clue where their stories will take them. I fall somewhere in the middle of that spectrum. If I were to plan out every little thing that will happen, I would likely lose some of the spark that makes writing and my discovery of my own story such an enjoyable challenge. On the other hand, I couldn’t even imagine writing by the seat of my pants, without a strong idea of where things are heading. I’m enormously impressed by anyone who can work like that.

I can’t begin writing a book until I know what it will be about, who the main players are, how the story begins and ends, and a least half a dozen or so big moments that will occur throughout the story. These things may change as I write, of course, but I need to know at least that much at the start. And the more complex the story, the more likely I am to plot in greater detail ahead of time.

A BLOOD THING may have required more plotting than any of my previous books. The villain’s scheme is wide-ranging, involving numerous players, moving parts, and red herrings, and was something he planned for more than a year—so I certainly had to make it worthy of so much time and effort.

While I imagine each of your books holds a special place in your heart, what makes A BLOOD THING special?

While I hope that A BLOOD THING will give my readers the twists and suspense and thrills they look for in my books, and a villain they’ll really love to root against, what I probably enjoyed most during the writing of this book was creating the family dynamic at the center of it. I have several siblings, and writing the interactions between the siblings in A BLOOD THING—three brothers and a sister—was a great experience. I like how they love and protect each other but aren’t afraid to take each other to task when warranted. They banter, as siblings do, and bicker every so often, as siblings also do. They have a history that I hope my readers can feel. And while I really like them all, I grew to love Tyler, the youngest brother, who suffered a traumatic brain injury when he was a young boy. He’s sweet and kind and, I hope, sympathetic enough that when he is accused of murder—which sets everything in motion—the reader will become deeply invested in his story. He may not be the main protagonist, but Tyler is the heart of the book and I hope readers grow to love him as much as I did as I wrote him. 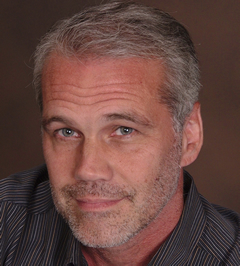 James Hankins is the author of six Amazon #1 bestsellers, and his novel SHADY CROSS received a coveted starred review from Publishers Weekly, while Brothers and Bones earned one from Kirkus Reviews and was named to its list of Best Books of the Year. In addition, his thriller The Prettiest One spent time in the #1 spot across all book categories on Amazon. His seventh novel, A BLOOD THING, will be released June 5, 2018.