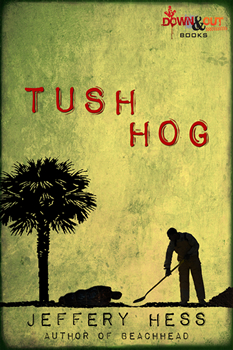 Florida and crime fiction go together like windshields and bugs on a summer night while speeding down Alligator Alley. A good plot is like that oddly satisfying smack against the glass, leaving an imprint on the mind.

One such book that hits with a satisfying smack is TUSHHOG by Florida native Jeffery Hess, who continues the adventures of his protagonist, Scotland Ross. Ross is a veteran who finds himself caught up in the underbelly of the Fort Myers area, and tries to do the right thing, even if there are a few bodies along the way.

So what exactly is a Tushhog? To set the record straight, the term is defined in a note at the start of the novel. Rather than give that away here, the definition is best left up to Hess.

Recently, Hess took some time out from his favorite writing spot on the screen porch of his Tampa home to talk about his own brand of Sunshine State noir.

Hess is a Florida native and has set his novels in the early 1980s, a period that was just starting to see meteoric development. At that time, Hess was a teenager.

“Back in the ’80s it was kind of the Wild West,” he says. “Florida was half the size in terms of population. The growth has been nonstop.”

Back then, the popular TV show Miami Vice glamorized the East Coast lifestyle of fast cars, Ray Bans, and pastel-colored clothing—often paid for with drug money. Hess recalls that the West Coast—of Florida—wasn’t like that, but had its own vibe, which is why he chose to set his novels in that time and place.

The novels are set about 37 years ago. But is it historical fiction? Hess isn’t sure.

“Technically, it might be too soon to call it that,” he says. “There’s near history and there’s far history.”

His fiction falls into the former category.

Whether or not this is historical fiction, what we do know is that these are stories without computers, smartphones, or the internet. It was a time of fewer distractions.

“It facilitated more mystery,” Hess says. “Everything is less immediate.”

Surprisingly, there is an element of historical research in that the landscape has changed so much in more than three decades. Roads have been built, developments have sprung up, and landmark businesses have come and gone since the 1980s.

Back then, Hess was interested in getting out of Florida and seeing something of the world. He did that by joining the navy out of high school, and serving for six years. Of course, when he mentioned to navy buddies that he was from Florida, they pictured Miami Vice.

His navy days over, Hess went on to college and eventually earned an MFA in Creative Writing. Eleven years ago, he began a writers’ workshop for military veterans dubbed DD214 (after the form for an honorable discharge).

“I kind of took the opportunity to give back,” he says. The group is limited to six participants, and has resulted in some great writing and connections between veterans.

Previously, Hess edited an anthology of military fiction from well-known authors called Home of the Brave: Stories in Uniform.

“It was an opportunity to select stories that I always liked,” he says.

He then edited an anthology called Home of the Brave: Somewhere in the Sand that focused on writing by more recent veterans.

Hess is currently at work on the third book in this trilogy that focuses on the growth of his main character.

“It’s not only what Scotland Ross does, but what he doesn’t do,” he says.

In terms of how he approaches story development, Hess does a little of both in terms of outlining and organic writing.

“I just start to collect notes,” he says. “Sometimes I’ll have hundreds of pages. I try to make some sense out of that. It works for me. I’m sure it’s not terribly efficient.”

He also tends to work backwards in a story and likes to make discoveries about his characters and the plot along the way.

“I live for the surprises,” he says, adding that one of the main reasons why any writer writes is to entertain himself.

Mostly, he writes on his laptop, but sometimes composes with pen and paper. “I like that tactile experience. It makes me slow down,” he says. In a sense, pen and paper is also the ultimate technology: “It’s much more portable that way.”

Year-round, his preferred writing spot is the spacious screened porch on the back of his house. He says that because of the settings of his stories, he likes to have that connection with the flora and fauna just beyond.

After all, what better place to write about Florida than in a Florida room?

Hess tends to write for a couple of hours in the morning, and then a couple more hours in the evening as the day fades. He has a long view over some natural areas to enjoy—Florida the way it used to be.

The sun goes down, insects buzz, and the night sounds begin, mixed with the tapping of keys on his laptop… 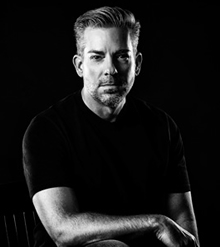 Jeffery Hess is the author of the novel Beachhead and the short-story collection Cold War Canoe Club as well as the editor of the award-winning Home of the Brave anthologies. He lives in Florida, where he leads the DD-214 Writers’ Workshop for military veterans.