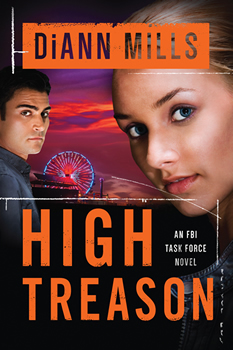 DiAnn Mills, author of the new thriller HIGH TREASON, lives up to her tag line: Expect an adventure. One look at her Instagram feed (@diannmillsauthor) gives you the big picture of not just a writer, but also a community leader, a traveler, a fashionista, and a coffee connoisseur.

In fact, she roasts her own beans and starts the grind (both literally and figuratively) at 5 a.m. during the week. “My most productive time is in the mornings,” she says. “At 5:30, I’m on the treadmill working through social media for the day and then my current story. By 7:30, I’m ready for coffee and breakfast. The afternoons are filled with writing blogs, marketing and promotion, learning about the craft, reading, etcetera.” Which is how Mills built a burgeoning career in publishing with over five dozen novels, three non-fiction books, and a barrage of short stories and poems.

HIGH TREASON, about an FBI agent who teams up with a CIA operative to stop the assassination of a Saudi prince on U.S. soil, is her latest published endeavor. It is the third and final installment in the FBI Task Force series, which also includes Deadly Encounter and Deep Extraction. “The objective is to show how the FBI work with other agencies and law enforcement to stop and prevent crime,” says Mills. “Each agency has its specialty, and a task force can be effective and efficient.”

Mills went straight to the source to research interagency relations between the CIA and FBI for her new novel. “The FBI is an amazing resource,” she says. “A special agent answered my questions, pointed me toward other research, and generally encouraged me.” Mills admits this wasn’t the most challenging exploration she undertook for the book. She talks about going “down a path that led to medical research, a trip to MD Anderson Medical Center here in Houston, feet on the ground experiences with the various settings, and lots of ‘think’ time.”

She also used FBI sources to help with information on Muslim culture and Saudi Arabia. “This took an incredible amount of time and follow-up,” Mills says. “Research included recommended online sites, confirmation of acquired information, interviews with those who work or have worked with Saudi Arabia, and my friends at Houston’s FBI.”

Mills was always careful when dealing with the issues of cultural appropriation and religious bias, especially as a founding board member of the American Christian Fiction Writers. She says, “My goal is for readers to see we can get along through mutual respect. I learned so much about the country [Saudi Arabia] and its people.”

It’s no surprise that one of the main themes of HIGH TREASON is spirituality, considering Mills’ background. She is co-director of the Blue Ridge Mountains Christian Writers Conference with social media specialist Edie Melson, and she wrote Walking with God – Stepping Out in Faith and Accepting the Unpredictable. But the more universal themes of family and trust also play an important role in the novel. “The Muslim family in Saudi Arabia is tight-knit,” Mills says. “Men are very protective of female family members, and I show that in the story.” She also wanted to promote that with honor and respect comes trust, but it must be earned. “One of my goals in this book is to show characters earning trust from others.”

Mills is all about characters. “When I’m in the head of a character, I want to be there in every sense of the word.” Sometimes, she even uses music to develop her characters. It acts like a soundtrack to the whole book. “Music identifies mood and emotion,” she says. Which makes it an integral part of that tenuous dance of trust and betrayal swirling through most of her books, whether contemporary or historical.

On the differences between writing historical and contemporary, Mills says, “Contemporary is much harder because technology changes daily, sometimes hourly. Instant communication and the ability to detect what people are doing makes writing contemporary my preference. I thrive on challenge!”

So how does she balance time for writing with her involvement in so many organizations and keeping up with the rest of her life? “Good question!” she says. “I’ve worked hard to tame the beast called time management. I stick with specific tasks that keep me ahead of deadlines. By always being ahead, life can happen, and I don’t freak out.”

Perhaps being ahead of deadlines is Mills’ way to “expect the adventure.” But Mills is always happy to pay it forward to willing writers, which she says is just as exciting. 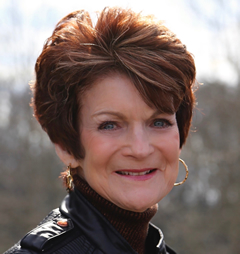 Her titles have appeared on the CBA and ECPA bestseller lists; won two Christy Awards; and been finalists for the RITA, Daphne Du Maurier, Inspirational Readers’ Choice, and Carol award contests. FIREWALL, the first book in her Houston: FBI series, was listed by Library Journal as one of the best Christian Fiction books of 2014.

DiAnn is a founding board member of the American Christian Fiction Writers, a member of Advanced Writers and Speakers Association, Sisters in Crime, and International Thriller Writers. She is co-director of The Blue Ridge Mountain Christian Writers Conference and The Mountainside Marketing Conference with social media specialist Edie Melson where she continues her passion of helping other writers be successful. She speaks to various groups and teaches writing workshops around the country.

DiAnn is very active online and would love to connect with readers on Facebook, Twitter, or any of the social media platforms listed on her website.

Heidi Ruby Miller
Heidi Ruby Miller uses research for her stories as an excuse to roam the globe. Her books include the popular AMBASADORA series and the award-winning writing guide MANY GENRES, ONE CRAFT. In between trips, Heidi teaches creative writing at Seton Hill University, where she graduated from their renowned Writing Popular Fiction Graduate Program the same month she appeared on Who Wants To Be A Millionaire. Heidi lives near Pittsburgh with her award-winning writer husband, Jason Jack Miller, and a sweet little kitty.