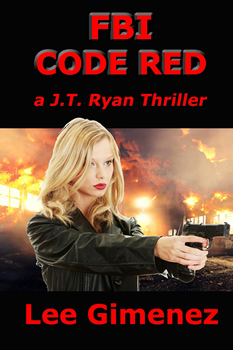 John (J.T.) Ryan is a decorated war hero and one of the FBI’s leading investigators. While conducting an investigation, he is inexplicably put on the Code Red terrorist watch-list.  Ryan’s world is turned upside down as the FBI undertakes a massive manhunt for his capture. The Bureau’s Assistant Director, Erin Welch, Ryan’s friend and boss, is put in charge of the manhunt. She suspects forces inside and outside of the government don’t just want him caught, but want Ryan assassinated. Can he evade his assassins, prove his innocence, and catch the real conspirators who set him up?

Lee Gimenez is the award-winning author of 13 novels, including his highly-acclaimed J.T. Ryan series.  Several of his books have been e-book bestsellers, among them The Media Murders, Skyflash, and The Washington Ultimatum. Gimenez was nominated for the Georgia Author of the Year Award and was a finalist in the prestigious Terry Kay Prize for Fiction. All of his books are available in paperback and e-book in the U.S. and Internationally. Gimenez is a member of the Science Fiction Writers of America, the Georgia Writers Association, and the Atlanta Writers Association.

Here, he chats with The Big Thrill about his new release, FBI CODE RED.

Anything special you would like tell us about this book?

I spent two weeks in China last year doing research for the book, and I traveled to Beijing and Shanghai, in addition to several others places, including Xian, Wuhan, and Chongqing. These locations are featured in the novel, and the plot of the book involves Chinese military officials. The physical locations and descriptions are all real places I’ve visited (the Great Wall, the Terra Cota Army, etc.). I also learned some Mandarin Chinese during my stay, and you’ll see Chinese phrases used by some of my characters.

After September 11, 2001, a priority was placed on increasing security measures in the U.S. in order to minimize the risk from another terrorist attack. This led to a vast expansion in the size of many government agencies including the FBI, NSA, and the Department of Homeland Security. This is very valuable in most ways. However, in the wrong hands, it can be misused and corrupted.

I promote my novels in a variety of ways. These include speaking at civic functions, book clubs, book fairs and festivals (for example, I moderated the Mystery/Thrillers authors panel at the Milton Literary Festival in 2016 and in 2017).   I was one of the instructors at the prestigious Southeastern Writers Conference in 2017.  I also advertise through Amazon Marketing Services and other platforms. I do a monthly newsletter, which discusses my books and upcoming events.  I’m active on Twitter, Facebook, LinkedIn, Goodreads, and Pinterest. I’ve found that Twitter is a good way to broadcast my message to U.S. and International markets.

I’m currently writing my 14th novel, which will be published in November 2018. It’s another J.T. Ryan thriller.  In the thriller I’m writing now, FBI investigator John Ryan and CIA agent Rachel West team up to solve the mysterious deaths of several prominent Americans. I’ve done quite a bit of research about the NSA (National Security Agency) for this book.

When you’re not writing what are you doing (hobbies, family, etc.)?

My hobbies are playing tennis and chess. My wife and I enjoy traveling. We’ve traveled to Europe, Russia, Latin and South America, and China.  In 2018, we will be traveling to Iceland, Norway, and Denmark.

That any person in the United States, regardless of their innocence, can be charged and prosecuted by a select group within the government.

Anything new you discovered or that surprised you as you wrote this book?

I did extensive research on federal law-enforcement agencies in order to write this book and was surprised by the amount of surveillance the federal government has in our daily lives. We have 17 intelligence agencies in the U.S. (the FBI, the NSA, and Homeland Security are the most well-known) and when they are infiltrated by just a few evil people, the results can be catastrophic.

What authors have influenced you in your career and why?

Brad Thor, Lee Child, David Baldacci, and Steve Berry have influenced me the most as a writer. Their complex and fascinating plot development style has served as a role model. 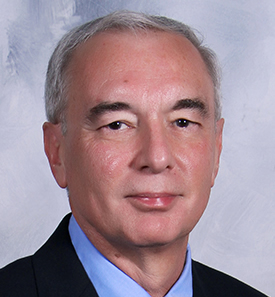 Lee Gimenez is the award-winning author of 13 novels, including his highly-acclaimed J.T. Ryan series. His latest thriller is FBI CODE RED. Several of his books were ebook best sellers, among them The Media Murders, Skyflash, and The Washington Ultimatum. Lee was nominated for the Georgia Author of the Year Award and was a finalist in the prestigious Terry Kay Prize for Fiction. All of his books are available in paperback and e-book versions in the U.S. and Internationally. Lee is a member of the International Thriller Writers Association, the Science Fiction Writers of America, the Georgia Writers Association, and the Atlanta Writers organization. Please join him on Twitter, where he has over 50,000 followers. Also join him on Facebook, Goodreads, and LinkedIn.