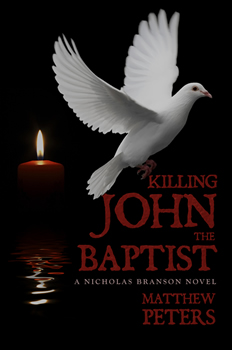 In his new religious thriller, Matthew Peters brings readers international action, heart-gripping suspense, and a secret so terrible it could change the world.

The story kicks off with the gruesome murder of a U.S. presidential aide, which is only the tip of an iceberg. Only ex-Jesuit Nicholas Branson and Jessica Jones have a hope of discovering the awful truth in time to save a persecuted religious group from extinction. But they could be thwarted by a megalomaniacal pope and an ultra-secretive U.S. governmental force.

Branson and Jones are, on the surface, unlikely heroes who might save the world. Nicholas Branson is a renowned historian of Christianity whose intellectual development has outpaced his emotional maturity.

“He had a hard time growing up,” Peters says. “His stepfather was an alcoholic and Branson became one as well. If we met him at a party, it would be difficult to form an opinion of him, as social events make him uncomfortable. Having been sober for several years, he can no longer rely on alcohol as a social lubricant. He’s also an introvert by nature and might come off as aloof. Branson is more of an anti-hero than a hero, though at times he demonstrates extraordinary courage.”

Still, he doesn’t see himself as a hero. As opposed to Jessica Jones, the smart, tech-savvy and beautiful young woman who shares this adventure. They met in The Brothers’ Keepers, book one of the Nicholas Branson novels, while she worked at the Library of Congress.

“She is a modern-day Cathar, a ‘heretical’ religious sect thought to have been extinguished by the Catholic Church in the thirteenth century,” Peters says. “Her less-conventional understanding of the Church helps Branson see outside the box when it comes to Christianity. And while she clearly has her own goals and motivations, she is an important part of Branson’s emotional growth.”

With so many of the basic thriller elements in place you may wonder why Peters chose to write religious thrillers. As it turns out, he has always been interested in religion and the role it plays in the world. He feels that in some ways, its importance has decreased. But at the same time, and especially after 9/11, religion has resurfaced as a crucial factor in understanding international relations.

“Discussions about religion are often seen as taboo—one of two things you don’t discuss in polite, mixed company—the other, of course, being politics,” Peters says. “I think this is unfortunate, for dialogue among different religions has never been more important. Unfortunately, however, conversations about religion all too often break down into impassioned, defensive shouting matches, where people end up championing the uniqueness and superiority of their own religion, at the expense of all the others. I think the antidote is understanding how the major religions in the world are historically connected. Indeed, they have much more in common than many people realize. I wanted a character who was a historian, like Branson, in the hopes that he could be more or less objective in understanding the history of Christianity and, ultimately, other faiths.”

That said, did Peters see any problem in making the pope a villain in his story? Nope! He says, “It is individual people who are good and/or bad, not races or faiths. At the end of the day, an ‘evil’ pope is just as conceivable as an ‘evil’ imam or an ‘evil’ rabbi—or at least should be.”

However, he points out that writing a good religious thriller required an insane amount of research. While he has a degree in political science, that did not make him an expert in theology or comparative religion.

“Writing the Nicholas Branson novels has led me to read books and articles in many fields,” Peters says. “It’s also caused me to scrutinize the Bible and other religious writings, including the Dead Sea Scrolls, the Gnostic Gospels, and the Koran. I consulted more than fifty books and articles before writing The Brothers’ Keepers and just as many prior to writing KILLING JOHN THE BAPTIST. My process is to take notes on index cards as I develop the plot and characters, which has led to a collection of thousands of note cards.”

It’s obvious that Peters has tried his very best to make these books as plausible and convincing as possible. The depth of his research is reflected in his titles. For example, the title of the first book, The Brothers’ Keepers, is significant since it involves a look at the role Jesus’s siblings may have played in shaping early Christianity. The current book concerns the life and death of John the Baptist, and the crucial role he still plays in an actual religious sect in Iraq.

This is only the second book in a planned series, so if you’re looking for an adventure that spans the globe—from Washington, D.C. to the Vatican, to various locations in Europe and the Middle East—and has a definite “Indiana Jones” flavor, you’d be wise to pick up The Brothers’ Keepers and KILLING JOHN THE BAPTIST. 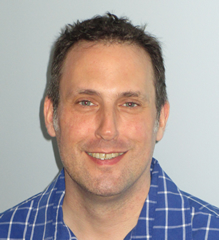 Dual diagnosed* from an early age, Matthew Peters dropped out of high school at sixteen. He went on to obtain an A.A., a B.A. from Vassar College, and an M.A. and Ph.D. in political science from Duke University. He has taught various courses in a variety of disciplines throughout North Carolina. He is committed to increasing the awareness and understanding of the dual diagnosed. Conversations Among Ruins (All Things That Matter Press, 2014) is his first novel. His second novel, The Brothers’ Keepers: A Nicholas Branson Novel–Book 1 (Melange Books, 2016), is a political-religious thriller that capitalizes on his love for history and research. Currently, he is working on the third book in the Nicholas Branson series. He is a member of International Thriller Writers.

*The term dual diagnosed refers to someone suffering from a mood disorder (e.g., depression) and chemical dependency.