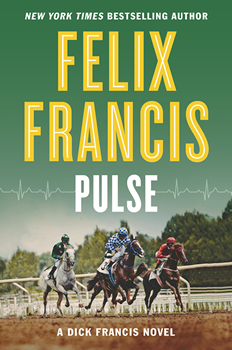 A smartly dressed man has been found unconscious at the local racecourse and is rushed to the hospital, where he subsequently dies. But who is he? Where does he come from? He had no form of identification on him, and no one claims the body.

Doctor Chris Rankin, a specialist who treated the deceased–and who struggles with mental health issues–is intrigued by the nameless dead man, obsessed even, and starts asking questions. However, someone doesn’t want the questions answered and will go to any lengths to prevent it, including an attempted murder. But when no one will believe that someone tried to kill Chris, the doctor is left with no option but to discover who the nameless man was and why he died . . . preferably before following him into an early grave.

A better understanding of mental health and eating disorders, set into a mystery setting.

As the 51st ‘Dick Francis’ mystery novel, PULSE continues the legacy of one of the world’s most favorite thriller writers. If you loved Dick Francis you will not be disappointed with PULSE.

After 55 years of the Dick Francis canon, this one is very very different. But you’ll have to read it to find out why!! 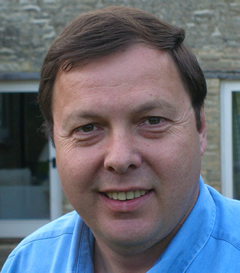 Felix Francis is a bestselling British writer of crime mystery thrillers set in and around the world of thoroughbred horse racing.

He is a physicist by training, and for seventeen years taught A Level physics in three schools, one as Head of Science. Felix is a Chartered Physicist and a member of the Institute of Physics and, for thirteen years, he was deputy chairman of World Challenge Expeditions Ltd, a company specializing in leadership training for young people. In the 1990s he led expeditions to such diverse destinations as the Andes Mountains, the Indian Himalaya, and the jungles of Borneo and the Amazon Basin. In addition, for twenty years, Felix acted as manager for his father, the literary legend Dick Francis, doing everything from negotiating publishing contracts to replacing his light bulbs.

In the year 2000, at the age of 80, Dick Francis decided to retire from writing but the baton has been successfully taken up by Felix, who has written the twelve most recent ‘Dick Francis’ novels, all of which have been on the best-seller lists in both London and New York. In 2005, Felix left the worlds of education and business to concentrate full-time on his writing. His twelfth novel, PULSE, was published in October 2017.