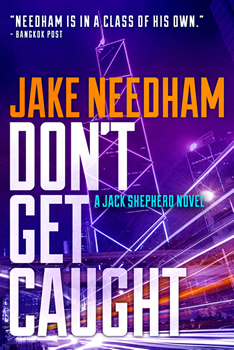 A military coup has swept through Thailand and one of the effects is the placement of Thailand’s first female prime minister under house arrest. The plan is to hold a show trial, convict her of corruption, and then send her to prison. Once in prison it is easier for the army to eliminate her. But there might be one thing standing in the way–Jack Shepherd.

Jack Shepherd is a lawyer with a reputation as a troubleshooter and is the first person the prime minister’s supporters contact. After all, the plan is simple: sneak into Thailand, grab his old friend from right under the nose of the Thai army, and keep her alive long enough to get them both out of Thailand again. Piece of cake, right?

This is the major focus of Jake Needham’s DON’T GET CAUGHT and the latest installment in the Jack Shepherd series. Jake took some time from his writing to answer a few questions for ITW.

DON’T GET CAUGHT is the first novel of yours I read. I was struck by its ease and authenticity. How do you achieve this?

I’m not comfortable writing about any location that I don’t know well enough to make it feel real on the page. A sense of place might be the single most important element for me in each of my books. I want readers to know how every place I’ve put in every book feels. How it looks, how it sounds, how it smells.

I try to make my settings look and smell and sound so real that readers will feel like they’ve actually been to the places I write about. When readers tell me I’ve done that for them, I feel like I’ve achieved something worthwhile.

You split time between the United States and Thailand. How do you feel about Thailand and does it affect your writing?

I suppose the most accurate way to say it is there are a lot of specific things I don’t like about Thailand right now. It’s hard to love a military dictatorship that has summarily wiped out a democratic government at gunpoint, harasses anyone they think doesn’t support them, and uses their corrupt judges to jail the worst threats to them on trumped-up charges. My heart really does go out to the people of that poor, benighted little country.

I’m frequently accused in the Asian press of telling the truth about the military’s repression in Thailand and dressing it up as fiction. The Bangkok Post said, “Needham displays an insider’s knowledge of Thailand that may make some people here uncomfortable and a society simultaneously brutal and graceful is wonderfully illuminated.” I like that. They might even be right.

I have a great many good friends in Thailand at all levels of society, some of those friendships going back for decades, and we have a beautiful home there in which I am able to work in comfort and without interruption. When we’re in Thailand, I read and write and I let somebody else answer the phone. Beautiful.

Who has influenced you the most as a writer?

My readers. I’ve never had an editor worth a damn since I’ve worked only with English-language publishers in Asia (and one in the UK, but then they were bought out by an Asia media group before my first book for them came out and I was right back where I started from again).

The result is that I’ve had to look primarily to my readers for guidance as to whether I’m going in the right direction. A good many of them have been generous with their help and support, and I’m very grateful to them.

I understand traditional publishers were unsuccessful in getting your books into the U.S. Did this lead to your decision to self-publish?

They weren’t unsuccessful; they just never even bothered to try, and I can’t say I blame them. You can count on one hand the number of foreign publishers that are even modestly successful at reaching American readers in any numbers.

One of my primary reasons to terminate my publishing deal was that I had a significant audience of American and Canadian readers who had discovered my books when they were outside the United States and complained constantly to me about the difficulty of obtaining more titles after they got home. It was clear I would never be able to change that as long as I stayed with my publisher, so I decided to put an end to my deal.

Fortunately, I had licensed all my titles for specific periods so as each license expired I declined to renew it. I was able to take all my titles back over a period of a year or two. After that, we set up a company in Hong Kong to publish everything worldwide in both paperback and e-book editions with the thought that we might eventually expand the list to include some other writers. We haven’t done that yet, but it doesn’t mean we won’t do it eventually.

What do you like most about Jack Shepherd? Do you do anything differently when creating your villains? What writing habits or rituals do you have? When do you know when starting a new novel?

You know, I never can figure out how to answer questions like this intelligently. I sit down, I put my fingers on the keyboard, and I write. Whatever comes out comes out. I don’t think about it much.

My only writing habit I can claim is this: I put my butt in my chair and my fingers on my keyboard. I find that works really well for me.

I’m strictly a ‘Pantser,’ as the expression goes. I have no idea where I’m going until I get there.

Remember that I’ve been adding to two series for the last fifteen years now so I already have a lot of the characters and a lot of the settings. It’s just a matter of shooing them into a new narrative and seeing what happens.

Have you gone back and compiled facts about your characters to keep them straight across the series?

You better believe it. I have a morbid fear of a reader noticing some stupid contradiction from an earlier book and do my damndest to make absolutely certain that never happens.

You mentioned you might like to write something new, so why not take time off from your series to do this?

I’ve thought about that a lot. I may even do it.

That said, I think all writers have in our lives only a certain number of books. Creativity isn’t necessarily a continually renewing resource. I’m not yet really certain I want to use up one of my own books on an experiment.

What’s next for Jack Shepherd?

No idea. In some ways, DON’T GET CAUGHT sort of read like the end of the Shepherd series to me. That really wasn’t my intention, and I didn’t even realize it was there on the page until I was editing the second draft. The book just sort of went to a place like that entirely by itself. Maybe that was my subconscious talking. Maybe I’ll listen to it and end the Shepherd series there. Maybe I won’t. I’d hate to waste a good title (The Last Shepherd).

Regardless, the next book up will probably be a return to my Inspector Tay series, but perhaps not in exactly the way a lot of my readers expect. I’ve gotten a bunch of mail saying that there’s another character in the Inspector Tay series who deserves a book or two of his own. I couldn’t really get my mind around doing something like that until I saw how John Sandford had spun off an entirely new series based on the character of Virgil Flowers from his Lucas Davenport series. And after that, the more I thought about doing something similar, the more I thought, well, why not?

What would you like readers to know about you and/or DON’T GET CAUGHT?

About me? Nothing really.  About DON’T GET CAUGHT? Buy a copy. Two copies even. I’ll make more. 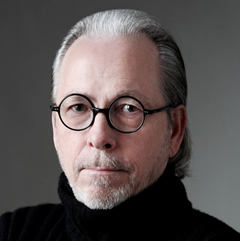 JAKE NEEDHAM is an American screen and television writer who began writing international crime and political thrillers when he realized he really didn’t like movies and television very much.

Mr. Needham has lived and worked in Hong Kong, Singapore, and Thailand for over twenty-five years. He is a lawyer by education and has held a number of significant positions in both the public and private sectors, where he took part in a lengthy list of international operations he has absolutely no intention of telling you about. He, his wife, and their two sons now divide their time between homes in Thailand and the United States.

Learn more about Jake, his previous novels, and DON’T GET CAUGHT on his website.