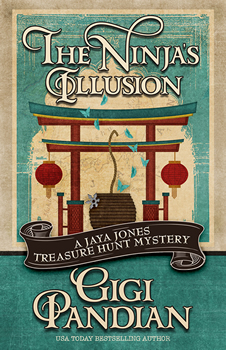 A fabled illusion performed by a stage magician who claims to possess real supernatural powers. A treasure from the colonial era in India when international supremacies vied for power.  A phantom trading ship lost over 200 years ago. And a ninja whose murderous intentions in present-day Japan connect the deeds of a long-dead trader who was much more than he seemed…

When Jaya Jones travels from San Francisco to Japan with her stage magician best friend Sanjay—a.k.a. the Hindi Houdini—for his Japanese debut, she jumps at the chance to pursue a tantalizing centuries-old mystery, but when tricks escalate to murder, Jaya soon loses sight of what’s real and what’s a deception.

USA Today bestselling author Gigi Pandian is the child of cultural anthropologists from New Mexico and the southern tip of India. She spent her childhood being dragged around the world, and now lives in the San Francisco Bay Area.  Gigi writes the Jaya Jones Treasure Hunt mysteries, the Accidental Alchemist mysteries, and locked-room mystery short stories. Gigi’s fiction has been awarded the Malice Domestic Grant and Lefty Awards, and been nominated for Macavity and Agatha Awards.  Find her online at www.GigiPandian.com.

I had the chance to catch up with Gigi the other day and ask her a few questions.

There are two interwoven plots in The Ninja’s Illusion, both inspired by real historical events. The first is the Indian Rope Trick, a magic trick that captivated the world over a century ago and is known as “the world’s greatest illusion.” The second is Japan’s Sakoku period, when the Dutch East India Company was the only European trading company Japan allowed to trade with them.  No other foreigners could enter the country – the penalty for breaking the law was death.

These two fascinating pieces of history overlapped, and they gave me the idea for how a treasure connected to India’s colonial history could have ended up in Japan.

I’d love for readers to get swept up in the adventure and layered mysteries, while also learning about history and different cultures.

I do a lot of historical research for my novels. One thing that never ceases to surprise me is how real history is frequently stranger than fiction.

I discovered that the fabled Indian Rope Trick involved deception far beyond the stage.  How did a trick that nobody admitted seeing with their own eyes come to captivate the world?  The illusion has a rather unbelievable history that involves a deception from the man who went on to found the U.S. Secret Service.

There are two things that I’m especially excited about for THE NINJA’S ILLUSION to add to the genre. First, the book melds two genres I love: action-adventure and traditional mysteries. My Jaya Jones Treasure Hunt Mysteries have been described as a cross between Indiana Jones and Agatha Christie.

Second, I’m one of the few South Asian American mystery writers, and the protagonist of THE NINJA’S ILLUSION is a mixed-race woman with one parent from south India, the same as me. When I created Jaya’s character years ago, it was before the #ownvoices movement.  I simply wanted my books to include characters like me and the people in my life.

I’m continuing to write both my Accidental Alchemist mysteries and Jaya Jones Treasure Hunt mysteries, but right now I’m working on my first stand-alone novel, a mystery about a female stage magician in Edinburgh, Scotland.

I grew up tagging along on my professor parents’ research trips all over the world, and it was those travels that inspired my mystery writing, and are why my books are set around the world.  I took it for granted travel would always be part of my life, but I didn’t count on real life responsibilities interfering with travel. Therefore I’m always happy when I can carve out time for a new adventure.  Right now I’m planning a trip to Cambodia to help shape a future novel.

Elizabeth Peters is the author who made me want to become a writer.  Her books (especially the Amelia Peabody and Vicky Bliss series) combined history, action-adventure, suspense, puzzle plot mysteries, romance, and laugh-out-loud humor. I don’t know how she did it, but I try each day to get better at my craft so I can bring readers the same joy her books have brought me.

I’m the chef of my household, and I love experimenting with recipes I included in the Accidental Alchemist mysteries. A cancer diagnosis in my 30s left me with several food restrictions, and I wasn’t about to give up on eating wonderful foods.  Instead, I decided to take cooking classes and learn to cook my favorite foods from scratch.  It turned out to be much more fun than I imagined and made its way into my writing.

“A beautifully complex, fast-paced mystery—a well-crafted blend of modern magic and ancient secrets, full of compelling characters and set in one of Japan’s most beautiful—and mysterious—locations.” –Susan Spann, Author of the Hiro Hattori Mysteries 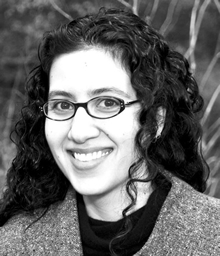