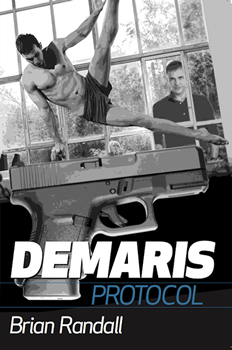 DEMARIS PROTOCOL is a taut espionage thriller set twenty-five years in the past when views toward gay men were much harsher. Trey Carter, a young gay man still in the closet, is involuntarily recruited by the CIA to help in a dark ops targeting a former Soviet nuclear engineer.

According to author Brian Randall, “CIA Special Officer Rick Morgan, Trey’s assigned officer in the CIA, is a former US Marine who was outed in 1981 and offered a non-negotiable opportunity to join the first class of recruits to the protocol.”

While there are two protagonists, they are not both heroic. Randall calls Trey a kid trapped in a CIA’s dark ops.  “He’s trying to survive. I don’t think of him as a hero per se. Rick is a hero who sees Trey as a broken version of himself that he desperately wants to protect.”

The novel is based on actual episodes in the author’s life, and the fictional Rick Morgan is based on his own Agency handler, someone that he recalls fondly to this day.

Due to the link to actual CIA operations, Randall had to clear the book with the Agency’s publisher review board (PRB) last year.  “I had several calls with them,” Randall says. “I received my clearance via email. There are three books in the DEMARIS PROTOCOL series. The NSA was more challenging but I was not required to submit the manuscripts. I did honor my commitment to keep all information (mainly names) redacted to protect living persons. I also cited the ‘diversity policies’ now in place at the Agency both in print and on the series website, www.DemarisProtocol.com, as requested by the PRB.”

His publisher, Archway Publishing, had their legal team scrutinize the manuscript several times after receiving the PRB email. As a result, Randall changed nearly all the real names of people and companies in his story, and clarified both classified and declassified information.

But the dark ops protocol is real. The assignment was to lure and capture gay former Soviet nuclear engineer Ivan Dimitri. “Ivan published a scientific white paper on the reclamation of spent nuclear waste that was a calling card to the highest bidder for his expertise,” Randall says. “To counter attempts to spread nuclear expertise to rogue nations, the protocol was used for nearly a decade by the Agency where same-sex sexual orientation could be exploited.”

Although only a limited amount of data has been declassified or leaked about CIA dark ops and clandestine training of that era, this story rings true because of Randall’s insider knowledge: “I drew on my personal experience and my journal. As a young man I secretly used the three-letter designation codes for all airports, military bases, and facilities to document the 153 days I spent outside the US in 1992 to 93.”

In the novel, the characters’ sexual orientation is essential to the plot. Both Trey’s and Rick’s sexual preferences lead to their involuntary recruitment by the CIA. In other words, they were blackmailed. It was either work with the CIA, or be outed.

“Trey is recruited because he is a closeted, conservative gay kid,” Randall says.  “But he is not allowed to join the Agency due to the very thing that targets him. The protocol desk is dark at a time of the strictest ban on same-sex orientation.  Prior to the ‘Don’t Ask, Don’t Tell’ [DADT] policy established in 1993 and later Equal Opportunity rules, the ‘honeypot’ or ‘rabbit’ is homosexual in nature.  The Agency had tried to capture ‘Ivan’ several times using straight agents, but he never once engaged.  They determined that they needed a young, blond closeted homosexual to entice him and appeal to his base desires.”

The CIA’s recruitment tactics of Randall changed rather dramatically after President Clinton signed the executive order for DADT. “I was re-recruited openly in 1996, 1997, and for the last time in 2000,” the author says. “I declined later as I was bitter about my experience.  Writing the series has allowed me to release some old demons and to have compassion for my twenty-two-year-old naive self.  I spent many years embarrassed about my role and the sexual nature of my assignments.”

The book is a fictional account rather than a memoir, in part to protect the sexual orientation and clandestine roles of several people who are still living. It also allowed Randall to give readers a closer look since Randall could portray the contents of meetings and other events he did not actually attend.  With the DEMARIS PROTOCOL, Brian Randall has shed new light on an unexplored corner of the CIA’s darker operations. 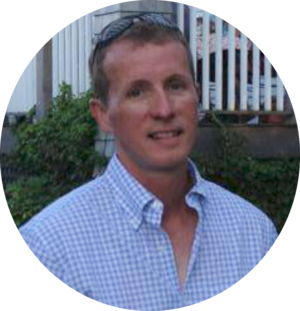 Brian Randall was raised in a fundamental Baptist environment in the deep South. He is an openly gay graduate of Liberty University, founded by the Reverend Jerry Falwell. Demaris Protocol draws upon his ten years in Washington, DC and the unusual circumstances of his coming out. He and his partner of fourteen years live with their German Shepherd, Aspen, on the coast of Maine.