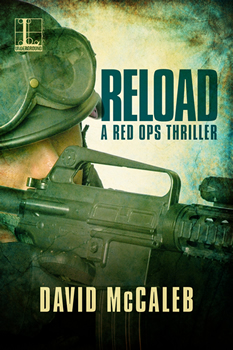 Red Harmon, a military operator, discovers that the threats against his life and that of his family are part of a complex plot of espionage and currency counterfeiting that links North Korea, China, and a mole within the CIA. He and his team are inserted into the snow-covered ravines of North Korea, where they destroy an intelligence data warehouse. Caught in a brutal catch-22, he must decide between protecting U.S. national interests—and killing his wife.

At the same time, torn between loyalty to state and family, a disenchanted North Korean prison guard reluctantly cooperates with Red’s team, providing them transport while also struggling to keep his daughter and sister alive in the crossfire.

A Chinese electrical engineer fosters a bitter grudge against the communist government and cooperates with the CIA to bring simultaneous strikes upon China’s own intelligence data warehouses, but at a brutal cost.

Three personalities, three points of view, melded into a single mission and plot.

I had the opportunity to catch up with McCaleb and ask him some questions for The Big Thrill:

The plot for RELOAD is inspired by true events. North Korea produces counterfeit U.S. currency at such high levels of quality, their product is termed a “supernote.”  Counterfeiting in such detail and at high volume is a matter of national security. It undermines a country’s economic foundation and has been used several times in warfare to destabilize a foe’s economy.  In RELOAD, I combine counterfeiting, espionage, and leaked information regarding key intelligence assets to bring Red and his team into the country to destroy a printing press and protect national interests. The plot is quite plausible.

An appreciation for the atrocities committed by the government of North Korea against their own citizens. These demoralized people live in constant fear of being accused of being in opposition to the government. Many are imprisoned in cruel gulags, having no idea what crime they’ve committed. Often, entire families are held captive, the state declaring three generations must pay to wash away the “sin” of one.

What surprised you as you wrote this book?

I am blown away by the parallels that developed between my protagonist and a significant secondary character from North Korea. Both are striving to protect their family, protect their country, and follow their conscience, but each approaches the problem from different cultural backgrounds. The novel does a fantastic job of running these divergent personalities onto a common path.  A third perspective from a bitter Chinese electrician merges with the trail as well. His revenge motive elicits deeper moral layers, questioning what one is willing to do to satisfy such a base emotion.

I am currently editing my third novel in the Red Ops series, Recon.  I put it on the shelf a few months ago and am now taking another pass at it before sending it to my publisher.  Every time I read through it, I love this book all the more.  It is an intimate look at my protagonist, Red, when he is stripped of all his supporting cast and weapons.  He is shot scrambling through Pikes Peak National Forest with his daughter, evading foreign enemy operators, with no means of contacting help.

The authors who have influenced my career the most are the husband-and-wife team of David Poyer and Lenore Hart. They lead our weekly “AA work group” as I’ve termed it— author’s anonymous. Each participating author’s work is read aloud and critiqued by the group. Their input and edits through the years have taught me how to write, edit, and polish my work.

Hobbies? I’ve still got two kids at home. One is about to head to college, so when I’m not writing I’ll be chained to my desk at work. During any brief reprieves, I enjoy working with my hands, particularly mechanical projects.  For example, my son and I were given an awesome jet ski, but it had sat at the bottom of a lake for a few days, then laid up in storage for several years.  After a week of draining, cleaning, filling, circuit testing, and electrical connection repair, we were able to get it fired up and on the water. That’s fun to me—to see the product of your hands complete and being enjoyed.  It’s kind of like writing minus the grease and sore back. 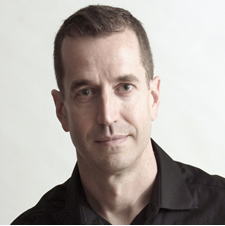 David McCaleb was raised on a rural farm on the Eastern Shore of Virginia. He attended Valley Forge Military College, graduated from the United States Air Force Academy, and served his country as a finance officer. He also founded a bullet manufacturing operation, patented his own invention, and established several businesses. He returned to the Eastern Shore where he currently resides with his wife and two children. Though he enjoys drawing, painting, and any project involving the work of hands, his chosen tool is the pen.