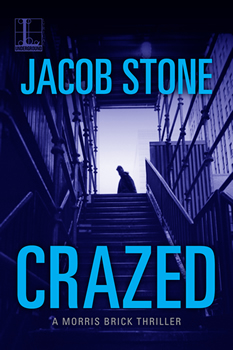 CRAZED is the second installment in Jacob Stone’s new thriller series featuring former LAPD detective turned consultant, Morris Brick. Brick has come face to face with the grisly handiwork of a deranged sadist known as SCK—the Skull Cracker Killer. But he isn’t the only one with a keen interest in SCK’s activities. A crazed lunatic has become obsessed with following the killer and vows to outdo him. The mounting body count has Brick on edge, and even as he lays his trap, he has no idea of the new horrors he is about to face.

The Big Thrill recently caught up with the author to learn more about his latest book.

How has Morris Brick evolved since the last time we saw him?

At the beginning of the first book, Deranged, Morris is a retired LAPD homicide detective who has started his own investigation firm Morris Brick Investigations (MBI) with several other former LAPD detectives. He’s happily married to Natalie, has a daughter Rachel who is in law school, and a bull terrier Parker. So in many ways, Morris comes into the series fully baked. Not a lot has changed with CRAZED other than that Morris has formed a closer friendship with the actor Philip Stonehedge, who had forced his way onto the serial killer hunt in the first book, and that the killer in CRAZED has made things far more personal by targeting Morris’s clients.

What do you enjoy the most about writing a series?

I’d written 14 standalone books before starting this series, and it is very different writing a series. I did stumble into a series with my Julius Katz short stories that I write for Ellery Queen Mystery Magazine, but writing a novel series is still very different. More planning was needed upfront with my cast of characters so I’d have characters I’d want to spend many books with. So far I’ve written four Morris Brick thrillers and will be starting the fifth very soon, and what I’ve liked most about it is that each book is very different from each other—one of my fears of writing a series would be rewriting the same book over and over again, which so far hasn’t happened. My second favorite part of writing this series is the bull terrier Parker. He’s in his own way a very vivid character who’s cleverly integrated into the plots and not just window dressing.

What’s the most satisfying part of the writing process for you and why?

That would be creating a fictional world and losing yourself inside of it. Next would be the satisfaction of completing a book that you’re proud to have written.

That readers find CRAZED a compulsively page-turning crime thriller that will surprise them throughout the book. I also expect readers to be rooting for Morris Brick and for some to fall for his bull terrier, Parker.

I write detailed outlines before I start writing any book, but the way my interloper, wannabe filmmaker Allen Perlmutter, takes over the book did surprise me.

Dashiell Hammett, Rex Stout, and Jim Thompson are my favorite crime writers, and they’re the ones I reread and keep studying. Joseph Heller’s Something Happened was the book that made me want to be a writer. John Lutz’s terrific Frank Quinn series opened my eyes to how a thriller series could be written. 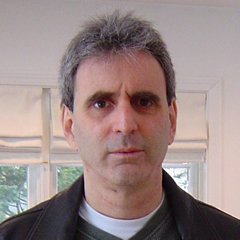 Jacob Stone is the pseudonym Dave Zeltserman uses for his Morris Brick Thrillers.

Zeltserman’s crime and horror novels include Small Crimes, Pariah, Killer, Outsourced, The Caretaker of Lorne Field, A Killer’s Essence, Monster, and The Boy Who Killed Demons, and he’s been published in seven languages. Small Crimes has been made into a major motion picture starring Nikolaj Coster-Waldau, Molly Parker, Gary Cole, Robert Forster, and Jacki Weaver that is now showing on Netflix. Several of his other books are currently in film development.

His books have been picked by NPR, the Washington Post, American Library Association, Booklist, and WBUR as best novels of the year, and his short mystery fiction has won a Shamus, Derringer and two Ellery Queen Readers Choice awards.

The Coldest Fear by Debra Webb