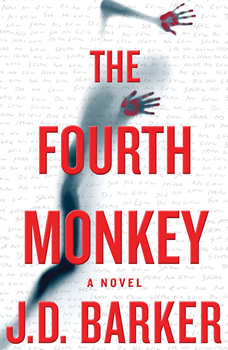 There are plenty of serial killer thrillers out there, but probably not so many where the murderer dies as an opener. Yet so it is in J.D. Barker’s THE FOURTH MONKEY, a gripping and pacey read that has the killer, literally, under a bus in the first pages.

The question that forms in the reader’s mind is one that Barker asked himself when the intriguing premise first occurred to him. “I decided that the killer should die at the beginning of the story,” he says. “That created a few complex problems, the least of which was where to go from there.”

As with so many good ideas, it needed that certain moment to make it spring to life, and for Barker, that was in the line at the grocery store back in 2014. “There was a rather rotund woman in line ahead of me in one of those electric carts,” he explains. “A boy of about eight years old was standing behind me with his father. The boy said something about the woman, I didn’t hear what exactly, then his father leaned down and said, ‘Speak no evil, son.’ As soon as I heard that, a number of thoughts flooded my head—Who says that? What exactly is happening back at their house? By that night, I had the basis for my killer’s childhood and the story found its way to paper quickly.”

It’s very (VERY) difficult to talk in any detail about the book as spoilers would inevitably arise. But it’s not going to spoil anyone’s read to say that Detective Sam Porter is no superman, but a diligent, courageous professional, battling terrible events in his own life.

And there are rats. Barker uses them to eye-watering effect in the novel, something which probably works so well as they terrify him, too.  An early childhood experience where he’d been trapped in a haybarn for several hours as the rodents scuttled around hasn’t left him a fan. “I’ve been shot at, jumped out of airplanes, even stabbed in the arm once by an overzealous mugger while delivering a pizza during my college years. None of these things frighten me as much as rats. Rats and tight places are my downfall, some vegetables too.”

Barker tells his story from different points of view, which really adds to the building tension. Despite the meticulous plotting this requires, he says that he’s still more of a pantser. “I spent years working as a book doctor and I found that when authors plotted out stories in detail, even the most complex plots seemed somewhat predictable. The subconscious mind has a way of searching for answers and piecing things together whether we want it to or not. When the writer knows the complete story, they tend to leave unintentional breadcrumbs, readers can pick up on those breadcrumbs. With pantsers, this is less likely. This is only my opinion, but it works for me.”

Refining what works for Barker has also happened alongside his working with other writers on what works for them. Before he Indie-published Forsaken in 2014, he was a book doctor for many years and says the experience was invaluable. “Over the course of 20 years or so, I got to pick apart stories and put them back together again. Over time, when you see this many stories cross your desk, you begin to see the same mistakes over and over again. You learn to teach others to avoid them and in turn, you avoid them in your own work.  I learned what worked and what didn’t and that truly helped shape and fine-tune my own writing.”

It’s experience that clearly paid off. Barker had huge success with his Indie debut, Forsaken— success that wasn’t just down to great writing but by a professional approach to self- publishing. He did have traditional publisher interest in Forsaken and received offers, but the numbers didn’t convince him. It was then that Barker made a gutsy decision. “Ultimately, I decided to indie publish hoping to make enough noise to get noticed by traditional in a bigger way.”

Making that noise was a huge undertaking. “I couldn’t just release an e-book on Amazon and hope for the best. I approached it differently than most indies, though. I knew if I went the indie route, I’d have to create a product that could compete with the books coming out of traditional. This meant I had to hire professional editors. I needed a cover on par with the best. I created a hardcover, softcover, mass market paperback, audiobook. I formed an LLC and created digital footprints for a small press so reviewers and bookstores couldn’t easily tell this was an indie title. There was also a hefty marketing plan. The costs of everything came out of my own pocket (still does). I’ve made that money back tenfold but it was scary at the beginning.”

Now THE FOURTH MONKEY marks Barker’s debut with a traditional publisher, and he’s still using those Indie skills. “I’ve been blessed with publishers who are open to hearing what worked for me in the past and combining it with the traditional methods to try and come up with the best of both worlds.”

It would seem that collaboration is working just fine. “The sequel to THE FOURTH MONKEY is done and will be in my editor’s hands by the time this story runs,” says Barker. “THE FOURTH MONKEY has also been optioned for both TV and film. CBS greenlit the television show last week with Marc Webb directing (Gifted, The Amazing Spiderman, 500 Days of Summer) and Taylor Elmore writing (Justified, Limitless). Things are moving fast there.”

Fast moving indeed and a wonderful success story that started with an Indie. As Barker says, “In the end, publishing as an indie gave me a crash course in today’s environment and I’m grateful I get to work with people who are open to a little outside the box thinking every now and then.”

Outside the box? I said no spoilers. Go check out THE FOURTH MONKEY and you’ll see what I mean. The boxes. Oh, the boxes. 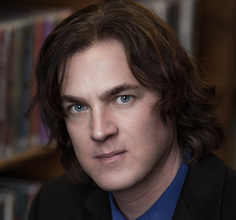 J.D. Barker is the international bestselling author of Forsaken, a finalist for the Bram Stoker Award for Superior Achievement in a Debut Novel. In addition, he has been asked to coauthor a prequel to Dracula by the Stoker family. Barker splits his time between Englewood, Florida, and Pittsburgh, Pennsylvania.

To learn more about J.D., please visit his website.