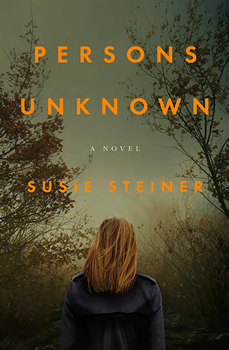 Even as the excitement over Susie Steiner’s first crime novel, Missing, Presumed, is reaching new peaks, the author’s second book in the series featuring Detective Manon Bradshaw, PERSONS UNKNOWN, hits stores this month.  Missing, Presumed was recently shortlisted for the Theakston Old Peculier Crime Novel of the Year, one of the UK’s most prestigious awards for crime fiction.

If anything, however, the new book ramps up the stakes for Steiner’s protagonist, with those she loves among the suspects in a high-profile murder case. Add to that a detective who is five months pregnant while trying to be a good mother to her two children, and the complications multiply.

“The story is based on a real miscarriage of justice, which took place following a stabbing in London in 2011,” Steiner says. “I heard the story—or the remarkable ‘twist’ in the story—from a lawyer friend of mine over dinner. I then contacted the barrister in the case, and interviewed him, then the solicitor, and got a copy of the pathology report. So the spine of my story took place in real life.”

A former journalist for The Guardian, Steiner took time out of her busy schedule to share some additional insights with The Big Thrill into her character and her writing life.

What made you decide to make a career of this thing called writing?

I’ve wanted to be a writer since my teens but when I left college I felt I needed a ‘proper job’ so I reached for the nearest thing and trained as a journalist. By the end of my time in newspapers I was editing but hardly writing at all (misery!) I think wanting to write always comes from reading. For me it was reading the Victorians in my late teens (George Eliot, Henry James, Tolstoy et al).

Do you have any formal training as a writer? Where and how did you learn your craft?

You’d think journalism would teach you to write but I’m not sure it does. It teaches you to cut to the chase, and to use language simply and directly. But most usefully, it gives you a grounding in research and developing contacts. I very much use these skills in my current writing life. I have excellent police contacts and I spend a lot of time with them, looking for stories.

Writing fiction is autodidactic: you try and try and eventually you get the hang of it, but I learned it by myself which took an awful long time. You also learn to write by reading in a greedy way. When I read, I’m noticing: ‘I love this, how did she do it?’ I will make notes. And also, ‘Urgh, I really hate this bit, I’m going to try not to do this.’ I’m an extremely critical reader.

Tell me about your lead character, Detective Manon Bradshaw… Who is she and what drives her?

Manon was in rather a turbulent emotional state in Missing, Presumed—the first novel in the series. She was lonely and internet dating—desperate to find long-term love and start a family. As a character, she is short tempered and difficult, but also a good person. She is big-hearted and all connected up. In PERSONS UNKNOWN, she has a baby, and she is extremely invested in her children.

She is driven by strong attachments, by her short fuse, by her social awkwardness, and by her professionalism. She’s a very good police officer. She swears a lot and can be crude. She’s the opposite of a loner, which is often the detective trope.

How do you keep a series character like Manon interesting for readers after several books?

I’ve never even considered this a problem! To me, Manon is so alive, so real and so present, that I never have trouble creating her on the page. It’s the other parts of the novel which present difficulties, not her. I feel like I know her better than I know myself. So while I struggle with plotting and motives and a satisfying resolution, Manon is already walking around the novel living her life.

One of the most common pieces of advice when it comes to writing is to write what you know. So, is there some of you in your lead character? And if so, in what way?

See above! There is a lot of me in Manon, though I entirely disagree with ‘write what you know.’ How boring would that be? I’d be left writing novels about editing copy for The Guardian (snore). I guess I know Manon integrally in that I know her emotional landscape: her attachments are not alien to me. But I’m not a police officer and I haven’t been through all that she’s been through. Writing is about curiosity and if you only write what you already know, where’s the journey?

Why is now a good time for a new reader to your series to hop on board?

Because Manon is fresh out of the traps and you can get to know her quickly and easily. In fact, PERSONS UNKNOWN can be read as a stand-alone, so there’s lots of choice about dipping into the series when and where you want to. Also, I think the series is modern. It doesn’t have some loner macho type swigging whiskey at its center. Manon’s domestic life will be very familiar to lots of women.

Part of what makes Manon such a relatable character is her effort to balance family and work life. How do you achieve that balance in your own life?

My domestic life is a great help to my writing. I have to collect the children from school just at the point in the day when I’m running out of energy and ideas. I stop during the school holidays, which allows the work to go cold and allows me a fresh read when term starts again. I have lots of ideas when I’m reading kids books aloud, or trudging up the hill carrying school bags, or when I’m discussing Pokemon at tedious length. Writing fiction involves a lot of marinating time—for ideas to develop and gel or be rejected—and family is great for that. The children combat the loneliness of writing. They’re getting to an age where I’m way more pleased to see them, than they are to see me. 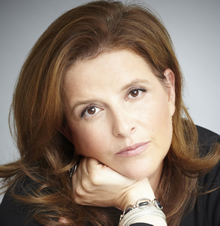 Susie Steiner is the author of Missing, Presumed. She was a commissioning editor for The Guardian for eleven years and prior to that worked for The Times, The Daily Telegraph, and the Evening Standard. She lives in London with her husband and their two children.

To learn more about Susie, please visit her website.

The Fifth Reflection by Ellen Kirschman