Raising the Stakes—While
Keeping It Real 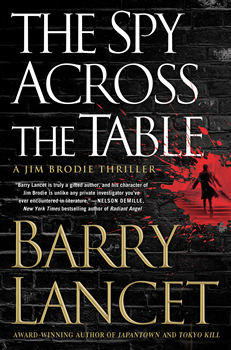 In THE SPY ACROSS THE TABLE, the fourth thriller in the Jim Brodie series, the main character, an American running a Tokyo security firm, becomes obsessed with getting to the truth of a seemingly senseless double murder of two people he cared about. In so doing, Brodie sets himself on a quest that begins in Washington, D.C. and San Francisco and rapidly leads him across the Pacific to Japan and finally North Korea. He’s a man who won’t give up, no matter what it costs him, and in this novel it costs him quite a lot.

The combination of fiercely original action writing, taut descriptive sequences, and a clever plot populated by ruthless antagonists is as effective in THE SPY ACROSS THE TABLE as in the earlier books in the award-winning series. Kirkus Reviews says of SPY, “Lancet’s hero … is in top form. A solid, consistently smart thriller.” And Publishers’ Weekly says, “Lancet keeps the suspense high.”

What sets this series apart from others, perhaps, is the fascinating duality at the core of Brodie. He’s a resourceful man of action, capable of violence, who’s highly knowledgeable about fine art, and an American who skillfully navigates the subtleties of Japanese culture.  Lancet says, “Brodie has an in-depth knowledge of two cultures, Japan’s and America’s, and bits and pieces of a handful of others. It’s a case of 1 +1 + 1 equaling 5. He often sees things from several different perspectives at once, a sort of multidimensional mindset.”

Mr. Pollo, a hidden gem of a restaurant in San Francisco, where Brodie has his first face-off with the spy of the story.

While Lancet has gently turned away the “alter ego” question, there is no question that he has a tight grasp on his creation for a reason. Lancet, a book editor, moved to Japan more than 20 years ago, though he travels between North America and Asia quite a bit. “What makes Japan different is its ongoing connection to past. If you’re observant, it doesn’t take long to notice signs of the culture and the art all around. Not only is it embedded in the culture, it’s embedded in everyday life.”

Lancet, like his main character, has art in the family. “My grandfather was a talented amateur woodworker and painter, so his works were a part of my life. My parents often bought pieces from local artists, on a very modest scale. So when I arrived in Japan, I noticed how different the art was, and how in Japan art could be a part of daily life if you let it.  I have artist friends, I collect on a small scale, and for a short time I worked on a potter’s wheel and tried my hand at etching. Some works speak to me and those are the ones I go after. I wanted Brodie to be able to comment not only on the action but the art around him.” 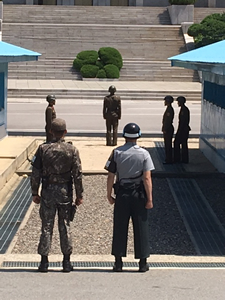 Inside the DMZ, with North Korean guards at the rear, a fourth soldier on alert for possible defectors attempting to dash across the border.

Make no mistake, Brodie comments on tense moments of intense action. There is a toughness to him as well as a vulnerability, making the potentially violent encounters all feel very real. Lancet says, “Part of that has to do with what I’ve been through, the risks I’ve taken over the years, the occasional trouble I’ve gotten into and out of again. The other part has to do with storytelling. I’ve come close to the edge on a couple of occasions, and later wondered what I was thinking. And sometimes those thoughts happen right alongside an unfolding crisis.”

Speaking of crises, Brodie takes on a range of highly dangerous characters, including a Chinese spy who trusts absolutely no one—and can turn the reader’s blood cold–and yet presents himself as a cultivated restaurant companion.  Lancet, no surprise, is pretty much against the idea of unadulterated evil. “I’ve found over the years, through experience, that there are degrees of evil. Ultimate evil is rare but it exists. More common is a slow decent into doing harm as someone slips under the water, due to gullibility, greed, desperation, etc. There are degrees and several types can be found in SPY.” 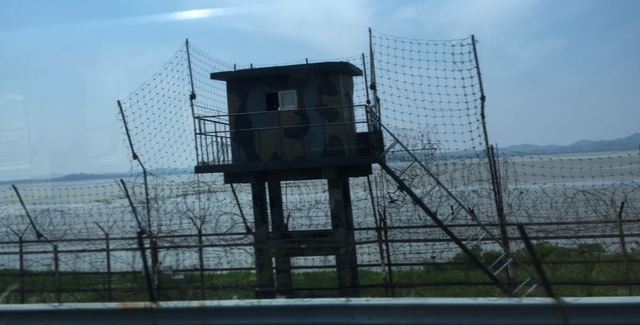 Endless fencing and watchtowers at the Korean border, with North Korea in the distance.

The stakes in this novel couldn’t be higher, as the action leads close to a part of the world very much in the news today: North Korea.

“I always want to one-up my last book, so for SPY, I asked myself what keeps me up at night?” Lancet says. “As an American expat living in Tokyo, I didn’t have to think too long about it.  I just looked across the water, at North Korea and China. Both had been acting up some 18 months ago, when I began writing the book. I never imagined both of them would be in the headlines as they are today.” 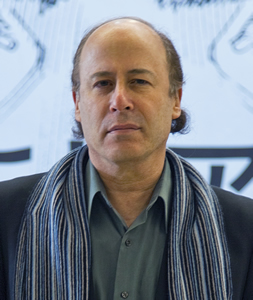 Field research on North Korea is about as harrowing as you’d imagine, and even Lancet admits to moments of nervousness. “For the DMZ, you are supposed to apply way in advance. I didn’t do this and they don’t allow the public in unescorted, so I had to scramble to find entry tickets. Security is tight. Advance application allows them to check on you, which they do. They are worried about spies from the north, and agent provocateurs. The South Korean guards wear sunglasses to avoid eye contact with their counterparts. There are North Korean watchtowers with mirrored windows. And there are minefields every place where things aren’t built up. You don’t want to stray off the pavement. A while back, North Korean guards snuck over the border and planted mines on the south side, which later killed a few South Korean guards.  Like Cambodia, they have signs marking clear and mined areas but it’s vague in places and there are no fences, and you also wonder if they missed a spot.”

In conclusion, says Lancet, “You stay on the marked paths.”