Discovering the Secrets of a Legend 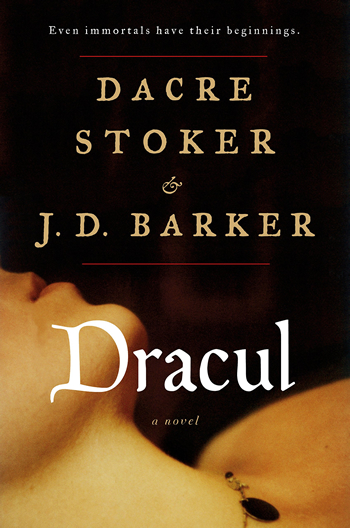 While it may seem that the vampire novel has been drained of every conceivable drop of blood, the truth is, the Undead can rise and walk the earth, becoming more Undead than ever before—in the right authorial hands.

DRACUL, co-written by J. D. Barker and Dacre Stoker, infuses the classic story of fighting to defeat a terrifying vampire with a clutch of finely drawn characters and eerie, imaginative scenarios, drawing on little-known facts about the real Bram Stoker. The novel bears little resemblance to high-school hangouts or fanged erotica. Using Stoker’s own epistolary device, DRACUL sets out chilling mysteries and murders that create a read of mounting suspense. Library Journal wrote in a starred review: “A strong pick for fans of classic Gothic tales, such as Dracula, but also good for anyone who appreciates gripping historical novels.”

“I sort of see this one as a thriller with vampires,” explains Barker, best known for the bestseller The Fourth Monkey, which has been described as Se7en meets The Silence of the Lambs. “It has a horror element to it, but it reads more like a thriller.”

DRACUL is also a thriller laced with an amazing number of facts about Stoker, his family, and the research he conducted to write Dracula, published in 1897. Stoker’s having had a sickly childhood is made ingenious use of, for example. “I love the idea of fact and fiction blending together, so we wanted to incorporate as much of that as we could,” Barker says.

The partnership between Barker and Dacre Stoker began when Barker was nominated for a Bram Stoker Award for Best Debut Novel for his 2014 book, Forsaken. A self-described introvert as a child, Barker had read the Hardy Boys and Nancy Drew series by the age of six. He later relished the discoveries of Mary Shelley, Edgar Allan Poe—and Bram Stoker. 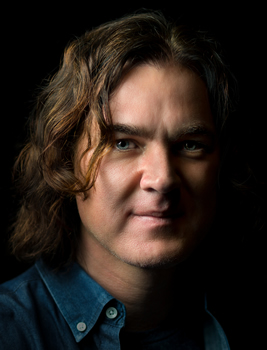 Barker remembers, “We sat next to each other at one of those author signings. Here I had a live Stoker next to me, so I started picking his brain.  I told him about a short story I wrote in high school about Bram walking out of the Lyceum Theater: Dracula cornered him in the alley and said, ‘If you can entertain me with a story, you can live.’ We wrapped up our authors’ signings and went on our way. On the last day of the con, he invited my wife and me to breakfast.”

Barker continues, “During the middle of it, he sprang it on me: ‘The family has been trying to find somebody to write a prequel to Dracula for a while based on Bram’s original notes, and we really like the way you introduce the journal element into Forsaken and your writing style. Is it something you’d be interested in?’ ”

With that, the two of them launched into the writing of DRACUL.

Dacre Stoker is the great grand-nephew of Bram Stoker and best-selling co-author of Dracula the Un-Dead, the official Stoker-family-endorsed sequel to Dracula. Barker says, “He was the member of the family really into Bram Stoker and keeping the memory alive. Whenever he visits other relatives, he tends to pick through their attics and basements and he tries to get whatever information he can find, and that’s how he pulled together a lot of this stuff.” 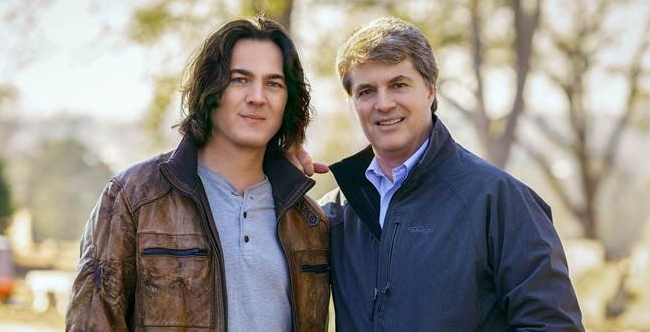 The original novel Dracula, while still a classic and gripping read, is somewhat buried under the films, television series, and imitative novels that followed. In the original novel Dracula, for example, the title character is not a vampiric extension of the 15th century Romanian ruler Vlad the Impaler, as in the film Bram Stoker’s Dracula by Francis Ford Coppola and Elizabeth Kostova’s acclaimed novel The Historian. Nor do Stoker’s vampires burst into flames in the sunlight, first shown in the 1923 silent film Nosferatu.

When asked about some of the mistaken perceptions about the author of Dracula, Dacre Stoker says, “Bram Stoker never wrote an autobiography, so much of what people know about Bram may arise out of assumptions based on conjecture. I don’t claim to know everything about Bram, but I do have the advantage of being able to piece together information from multiple documents, some that have been known and others which have recently been discovered. I have had the pleasure of deciphering and co-editing The Lost Journal of Bram Stoker, The Dublin Years with Dr. Elizabeth Miller, and the process allowed me to get to know Bram in a very close and intimate way. I have also had access to Stoker family lore, which was very helpful in our efforts to accurately characterize Bram, his brothers, and sister for our story DRACUL. “

Barker loved his visits to Stoker’s house in the Carolinas and plunging into the precious stash of original documents. “He disappeared and then came back with this big, old wooden box, set it down on the dining room table. He opens it up, and there was literally stuff Bram had or used to inspire Dracula, including notes scribbled on paper.”

The tantalizing truth about Dracula is that Stoker wrote a great deal that was edited out. When Stoker, an Irish acting manager, theater manager, and writer, approached a publisher with his manuscript, he “tried to sell it as a true story,” Barker says. With London reeling from the unsolved Jack the Ripper killings, that idea did not fly.

“They stripped out 100 pages in the beginning, took out text in the middle, changed the ending, and took out the preface where he said it was a true story,” Barker says. 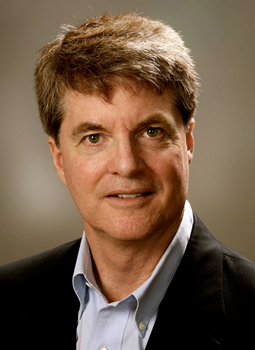 The authors’ search for the truth about the missing material led them to a locked conference room in Seattle. Microsoft co-founder Paul Allen bought the original 541-page Dracula manuscript, which went missing for decades until it showed up in a Pennsylvania farmhouse in the 1980s. Allen won it in an auction, and after a campaign of persuasion, Barker and Stoker were given permission to look at it.

“They locked us in a conference room, wouldn’t let us bring our cell phones, had to throw the white gloves on, with two people standing over us at all times,” Barker says. “It was one of the coolest experiences I’ve ever had, and Dacre looked like a little kid at Christmas time.”

In plunging so deep into Bram Stoker’s original manuscript, Barker found a deep respect for his research. Stoker traveled to the town of Whitby in England to explore it as a setting for Dracula and learned quite a bit, some of it unnerving, that he wove into his book. “When Bram was in Whitby, he was told about a Russian schooner that crashed in the port and most of the crew were dead. The ship was filled with boxes of earth. Nobody understands why. This is a story that Bram heard firsthand from people working the docks. They even saw a giant dog jump off the boat and run those 199 steps from the port all the way to Whitby Abbey.”

When it came time to write DRACUL, Barker says, “Dacre and I brainstormed continuously on everything we found — first at his cabin in the Carolina mountains, then over the phone and via email, flushing out the story. Dacre submitted blocks of text, I submitted blocks of text, some were used, others were not, all were important because they ultimately led us to the outcome. Because Dacre’s writing style/voice tends to be more professorial, more in line with non-fiction, we decided to let my voice (more suited for fiction) dominate the final text.”

Barker continues, “We also had to match Bram’s voice, his cadence, vocabulary…to do that, I read everything he wrote and listened to the audiobook of Dracula on constant repeat until the last page was on paper. In general, this created a fluid partnership — two fiction writers in the same kitchen can trip over each other. With us, individual skill sets complemented instead.” 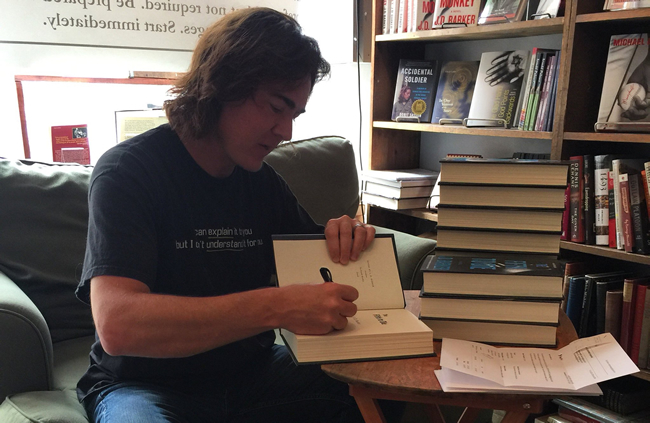 Barker, signing his 2018 thriller “The Fifth to Die”

The novel’s epistolary structure, moving between various first-person points of view, including Bram Stoker’s, was not at all daunting for Barker.

“I enjoy it, and it’s funny because it means I probably need to be medicated,” he says with a laugh. “I hear these different characters’ voices in my head and it’s easy for me to put them down on paper and keep them as individual people.”

A deep knowledge of your characters is key to making this sort of book work, he says.

“In The Fourth Monkey series, I can tell you that if Sam Porter were dropped off at Disneyworld what ride he would run to and what he would eat afterward for lunch,” says Barker. “You have to be able to do that.”