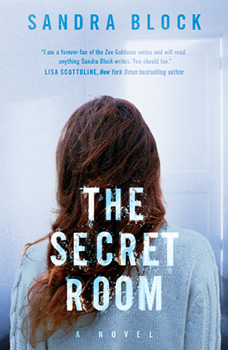 If anyone tells you that authors are all alike, you have my permission to tear them off a strip. The members of ITW are a marvelously diverse group and Sandra Block illustrates that perfectly, being a practicing neurologist, with a wide range of genre strings to her authorial bow.

Sandra, writing poetry, fiction and medical articles are skills as unalike as chalk, cheese and chopsticks! What challenges did you find?

You’re right, they are quite different! I’ve always written both fiction and poetry, but through college, poetry was my true passion. I found working on rhythms and structure a joyful challenge. But after medical school, the desire just kind of dried up. I suspect having kids took its toll – I just didn’t have the time or mental energy for both. So I stuck with fiction. As for medical journals…alas, research writing is a skill I never mastered.

I fell in love with Arthur the minute he appeared on the page. They say never work with animals or children, but does the same apply to writing about them?

Arthur happens to be modeled after my own goofy and adorable dog, so it doesn’t surprise me that everyone loves him.

Authors often say that they can’t choose a favorite work as it would be like choosing a favorite child. Do you have a “pet” piece of work – novel or other?

My “pet” piece is probably The Girl Without a Name. I cheered on the spunky Jane Doe character, was a touch infatuated with the lead physician, and also cherished the ending, where Zoe finally mourns the death of her mother.

I would have to say Mike, Zoe’s boyfriend. Sofia (Zoe’s nemesis) is crafty, but too psychopathic to be relied upon. And Zoe herself might be off in space somewhere thinking big thoughts. In a crisis, you’d definitely want her level-headed boyfriend.

Who is your favorite fictional medic and why?

House, of course! He’s got a hilariously bad bedside manner, but always manages to save the day just before nodding off into a narcotic stupor.

Without breaking the libel laws, can you give us any examples of where authors have got the medical profession totally wrong?

House, of course! I hate to break it to the guy, but not everything is sarcoidosis. In fact, very little turns out to be sarcoidosis.

There’s always a danger when having a cast of characters populated by people with mental health issues that the reader will feel uncomfortable. How do you ensure people keep turning the page, wanting to know what happens to those characters?

I’ve never thought about that issue, to be honest. I guess I just try to make the characters what they are: human. We can relate to the woman who OD’d on heroin, with her “penciled-in eyebrows” trying to get clean for her son Taylor, because we’ve all seen somebody like her. We can empathize with Andre, who hates taking medications that make his brain fuzzy, because many of us have felt that way too.

How do you make the medical details accurate without being too technical for readers to follow?

I try not to dumb down things too much. Readers are smart – I don’t think we give them enough credit! I do plant some in-jokes for my MD-readers however. For instance, I have a throw-away line in there about diabetes insipidus, because at heart, I am a total nerd.

Did you know where THE SECRET ROOM was going from the start or did it take an unexpected turn?

I’m a big-time plotter, so not much is left to chance. But, I will say that I ended up empathizing with “evil” Sofia more than I expected to.

In THE SECRET ROOM, the woman in the room (we don’t learn her identity until the end) is extremely needy and also overtly sexual. I had written her as both emotionally scarred and demanding, but her outright lust really shocked me!

And with that intriguing thought, it’s time to hang up our stethoscopes on this interview. 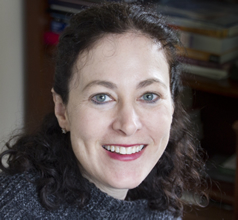 Sandra A. Block graduated from college at Harvard, then returned to her native land of Buffalo, New York for medical training and never left. She is a practicing neurologist and proud Sabres fan, and lives at home with her husband, two children, and impetuous yellow lab Delilah. She has been published in both medical and poetry journals. Little Black Lies was a finalist for Best First Novel ITW award. The Girl Without a Name in the second, and The Secret Room the last in the series.