Outsiders in a Nameless City 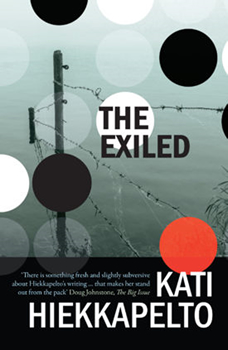 “I don´t think about readers when I write,” says Kati Hiekkapelto. “I write books I would like to read.” She lives in a 150-year-old farmhouse on an island off the coast of northern Finland. More than simply a writer, she’s a punk singer and performance artist. Add to that an environmental and human rights activist. So it should be no shock that her books include subversive and provocative storylines, as they take on heated topical social issues with prose that is both edgy and elegant. Little wonder she has fast become a rising star on the Nordic Noir literary horizon.

Kati Hiekkapelto’s debut novel, The Hummingbird, was shortlisted for the UK Petrona Award, honoring Scandinavian crime fiction in English translation. Her second book, The Defenseless, won Finnish Crime Novel of the Year 2014, as well as another Petrona Award nomination. And her latest thriller, THE EXILED, is once again a Petrona Award finalist. Third time lucky? The winner will be announced on May 20 at CrimeFest in Bristol. But in the meantime, we distracted her from work on her next novel with a few questions for International Thrills.

Didn’t I read you had an interest in detective work at an early age?

Yes, I was a private detective. I got a detective`s handbook as a Christmas present when I was ten and I loved it. I had a small detective office in my room and I was solving crimes committed in the neighborhood with my best friend. Since the area was very peaceful and quiet, like the whole town of Oulu, we had to invent both crimes and criminals. And as we all know, the imagination has no limits. The neighborhood was suddenly full of very suspicious activity… 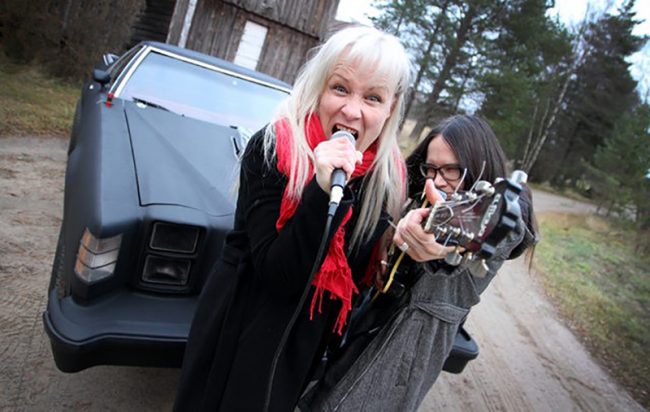 Kati with her cohort Susanna Rapinoja in their punk band, The Bearded Women.

Could you tell us about Oulu? It sounds somewhat remote, although not as remote as your island home of Hailuoto.

I was born in Oulu, the fifth largest city in Finland—except the word city makes it sound somehow big. Oulu is a small, remote town, almost 600 km north of Helsinki and just over 600 km south of the Arctic Sea. Hailuoto is an island off the coast from Oulu. We have 1,000 inhabitants and basic services. There is no bridge—only a ferry. But I never thought of it as remote. The sea is a highway to everywhere. In olden days there was a sailor or two in every family in Hailuoto, men who had seen the whole world and told stories of their adventures. (Actually, this is also true today.) And for some mysterious reason the island has always drawn artists, too. We have a vibrant artist community with many cool activities. But to be honest, winters here are quite depressing to me. It is dark and cold and windy all the time. As I write this in April, there is a snowstorm outside!

Either place sounds perfect for crime fiction. Why did you choose to set your series in a fictional city?

From the beginning, I felt events should happen in fictional place. I had no rational explanation for it. (This is true with most of my writing. I’m very intuitive, I don´t consciously plan much beforehand.) I drew a map of the city and named all the streets and locations—but the city itself remained nameless. Of course, there are similarities with Oulu; both lie on the coast of the Bothnic Gulf in northern Finland and they are approximately the same size, with similar landscapes. And yet my city wanted to remain nameless and fictional. I began to realize it had something to do with the main character, Anna. She is not originally from Finland and always feels more or less an outsider. A fictional city without a name somehow reflects her state of mind. If I had written about Oulu, the town where I was born and raised, the town I know so well, I would have perceived the setting through my own eyes, not Anna´s. Descriptions of landscape can illustrate a state of mind. Therefore the city had to be strange and alien, like Anna. 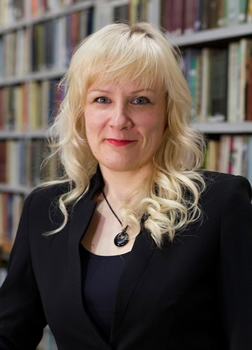 Police detective Anna Fekete is a fascinating protagonist: a Hungarian from former Yugoslavia who arrived in Finland as a child and still feels “in between” cultures. She is often asked, “Why did you come to Finland?” Questions of migration and identity lie at the heart of your stories. Why are these issues so important for you?

I have lots of experience of these issues, both professionally and in my personal life. I did a Master’s thesis on racist bullying in Finnish schools and worked as a special education teacher for immigrant children. I’ve lived in Anna Fekete´s hometown in Serbia and I speak fluent Hungarian. The first three books of my series form a thematic trilogy. I wanted to explore issues of immigration, racism and identity through many different characters, not only Anna, to form a broader picture. We shouldn’t perceive refugees or immigrants as one homogenous group. Each refugee is an individual with his or her own story. But now, as the refugee crisis has hit Europe and right wing extremism is rising, I´ve somewhat lost interest in the subject. Of course, I´m still concerned about the situation, but I don´t want to write about it anymore.

Anna Fekete’s xenophobic partner, Esko, displays attitudes of prejudice that have become increasingly common throughout Europe. Would it be correct to assume the social commentary in your work was intended primarily for Finnish readers? Or were you thinking of a wider audience from the start?

This is a funny question for me. As if I would’ve thought about some kind of reader or audience! When I wrote The Hummingbird, I hardly dared to dream about getting it published. I was writing it for myself, I wanted to prove that I could write a complete novel. I had started many, but never finished one. Now, as I´m writing my fourth novel, I´ve started to realize there is an audience out there. But I didn’t know my trilogy would become so topical. Everything happening today has been going on for a long time, just on a much smaller scale. Immigration, refugees, racism, human rights—these are worldwide issues, as relevant in Finland as everywhere else.

The voice of Kurdish teenager Bihar paints a vivid picture of living on the margins of society, as well as exploring how child refugees often become estranged from their family. Is her case based on your experience working in the field? 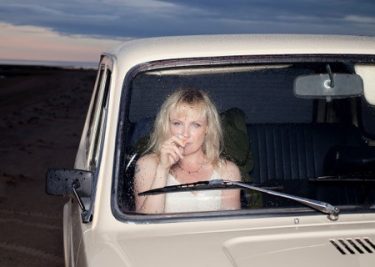 I never base my characters on real people. None of my students was a victim of honor-related violence. But I’ve seen what it is to be a child refugee in Finland. I used both my observations and academic knowledge to create Bihar´s character. When I wrote The Hummingbird, I was very interested in all kinds of domestic violence and especially in “honor crimes.” I wanted to explore this terrible phenomenon through a fictional story. I also wanted to incorporate a completely different voice into the text. I invented a special slang for Bihar, based loosely on the idea of  “Rinkeby Svenska,” Swedish that is spoken among immigrant youth in the suburbs of Stockholm. The language is a fascinating mixture of Swedish and other languages spoken in those areas. There’s no such language in Finland but I wanted Bihar to speak something similar to give her a unique voice.

THE EXILED, third book in the Anna Fekete series, is set near the Serbian and Hungarian border. Her return to the region of her childhood highlights a new facet of her outsider status. How is it different from her situation in Finland?

In Kanizsa, Anna is supposed to be home. Everybody knows her and her family. She has a place in the community, even though she hasn´t lived there for decades. She can speak and hear her mother tongue, meet relatives and childhood friends. She should feel some kind of belonging and yet she feels herself a stranger there, too. It’s confusing to her. She has not solved her deepest problems, which mainly rise from childhood experiences—losing her father at an early age and her brother because of the Yugoslavian wars, fleeing to another country, changing language and culture. She doesn´t fancy the idea of talking about her feelings or going to therapy. But I might send her to a therapist. She definitely would benefit from professional help!

My knowledge of Finnish music is limited to Lordi, heavy metal winners of the Eurovision Song Contest, and the country’s unusual passion for tango music. A sampling of the music Anna listens to reveals a taste for experimental electronic soundscapes. Does this relate to your own punk rock? Or something you listen to when writing?

The electronic music Anna listens to is far from punk. Punk is simple, it doesn’t demand any particular skill—except perhaps an ”attitude.” So I can be a punk singer even if I can’t sing very well. I wanted Anna to listen to something different, not opera or punk, but something marginal. (Well… punk isn’t mainstream either but it’s more well known than electronic music.) I have two good friends here on my island who are world famous electronic musicians: AGF and Vladislav Delay. I decided Anna would listen to their music. When I write, I don´t listen to anything. I need total silence. I could never write in cafés or airports.

When we got in touch, you were on the island of Tenerife, working on a new novel.  Does writing in different locations feed your creativity?

Spending a couple months in the sunshine during winter is absolutely not bad for my creativity.