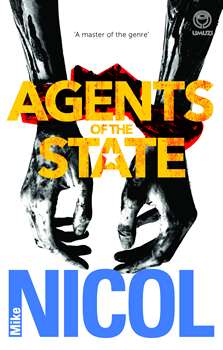 Deon Meyer has said of Mike Nicol that his style is “by far the best in South Africa” and that he creates “deliciously complex characters.” The Pretoria News said of his previous book, Power Play, that it “proved once again that Nicol is a master of the genre.” So when Nicol comes out with a new thriller, it’s always an event on the South African book scene. And his books are also enthusiastically received internationally, with Power Play making the Krimizeit top 10 in Germany, and being short listed for major thriller awards in Holland and France. If you like sunshine noir and haven’t read Nicol, you’re missing out.

In his latest book, AGENTS OF THE STATE, we meet again the lead characters in Of Cops & Robbers. There we wondered if the police and the crooks were actually on different sides. In the new book ,we wonder if the agents of the state are the good guys or the bad guys. The answer is probably maybe. Nicol never has simplistic dividing lines.

AGENTS OF THE STATE is set in a dystopian South Africa with a “president for life” and all the trappings of the classic corrupt African dictatorship. Did you feel this extrapolation was needed to justify aspects of the story, or do you see South Africa as de facto there already?

I have to admit I’d never really thought of the background to AGENTS OF THE STATE as dystopian, especially if by that you mean repressive and unpleasant. Certainly, the book is set in a politically troubled time when the president is out of touch and paranoid, but for the rest, society is still a going concern: the hospitals function, the restaurants and shops are open, there are people in the streets, planes are landing at and taking off from the airports, kids are at school, there are sunbathers on the beaches, people meeting in the grand hotels for cocktails, the cellphone networks and the internet are up and running. However, there are some severely compromised government institutions, state security being one of those. But that this chaotic shadow world exists in parallel with the ordinary world seems to me a condition that has been present in most societies for centuries.

Indeed, the president fits the mold of the corrupt African dictator, which was a necessary condition of the story. As to whether South Africa is there already: no, I don’t think so. But that is not to say that we aren’t lurching about on the edge of totalitarianism what with the Secrecy Bill and the Hate Speech Bill, the rampant racism, let alone the audacious attempts by the president et al to “capture” various organs of state.

For some years now I’ve felt that the state—certainly what is referred to as the deep state, that combination of the intelligence services, the police, politicians, and organized crime—is where I should locate my crime fiction. It is where the most serious crime is being committed in this country. If the social aspect of crime fiction is about presenting society in extremis, then it seems to me that the espionage novel offers an opportunity to explore the underlying tensions in South Africa now. And there is a strong tradition in South African literature of opposition to and critique of the exigencies of our governments and leaders, again a territory ideally suited to the espionage novel. 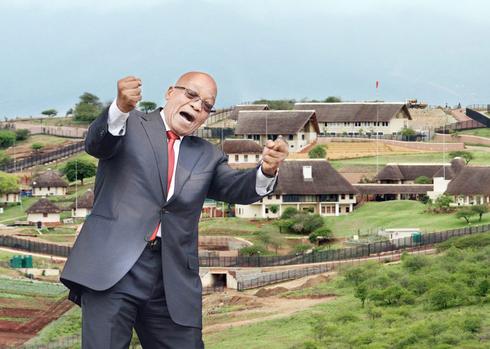 It’s not hard to see Jacob Zuma in the role of the president-for-life, but they are not the same. How close did you intend the character to be?

Not close at all. With fiction we all know that reality can get in the way and it would have done so here. For starters, Jacob Zuma is almost too easy to caricature. Likewise the fictional palace of Bambatha had to be far removed in many aspects from Zuma’s somewhat down-at-heel Nkandla, just as the president-for-life with his tennis and obsession with bees and honey is far removed from our current traditionalist singing and giggling president. Paradoxically, of course, the further away a character is from what might be seen as the satirical target, the closer they get. Then again, the Zuma family does have mining interests elsewhere in Africa, as does the president in AGENTS, although the child trafficking was an entirely fictional creation. However, there have been increasing reports of late about people being trafficked into South Africa from Mozambique.

The agents of the state operate in a minefield of secrecy and internal politics. Mart Velaze and the mysterious Voice play an intriguing role, always watching, keeping their distance, surviving the local politics, yet nudging things at the tipping point. In the shadowy world of State Security, they seem to be a sort of shadow of the shadows. The mood is reminiscent of John Le Carré. How much of the state security apparatus is based on fact and how much is extrapolated for the story?

Now that’s a leading question. Best at this point to say: no comment.

The book starts with the almost successful assassination of a deposed leader of the Central African Republic who ends up in a coma. His distraught wife, dissatisfied with the police efforts, turns to Fish Pescado, part time P.I., part time pot dealer, full time surfer. Fish is surprised not only because this case is way out of his league, but also because he was recommended to her by Velaze, not someone Fish would count as a friend. Is it implicit in Fish’s character that he takes on the case despite all his misgivings?

Yes, Fish is a generous sort. He is also adventurous. Anyone who surfs at a spot on the Cape peninsula called the Crayfish Factory has to be adventurous, and courageous, and fairly at ease about the prospect of drowning. The thing, too, is that the stakes are rising. In Of Cops and Robbers, Fish got a glimpse of how the past works its ways in the new South Africa and of how deadly this ‘play out’ can be. Now in AGENTS he is entangled in the complexity of contemporary South Africa which is just as deadly, just as shadowy, just as manipulative.

Vicki Kahn, Fish’s girlfriend, is now an agent of the state herself, and suddenly thrown into a case that turns out to run all the way to the president’s family. Alone in Berlin on her first international assignment, she struggles with her gambling, missing Fish, and being unexpectedly pregnant. And the case goes sour on her almost immediately. Yet she perseveres at the cost of her relationship with Fish. Is she cut out for this sort of thing?

Vicki is the main protagonist and therefore central to the plot. Unfortunately to say too much about her is to give away a fair amount of the story. As you say, she perseveres, she has a cool head, she doesn’t panic. She has also accommodated her gambling habit, deals with her pregnancy, and focuses on the task of handling an asset who is in a particularly fraught situation. Aside from that, she is, during her foreign mission, forced to confront a family history in Berlin that was secret and ultimately tragic. Again, the past is ever present. As for her relationship with Fish, well, perhaps what happens there is best left to the story. I hope, without being too specific, that this answers your question.

Kaiser Vula is yet another agent of the state. Callous and selfish, yet he still has some boundaries. He reminds me of Sheemina February from your Revenge Trilogy. Is it inevitable that the struggle against Apartheid will haunt its survivors and heirs? 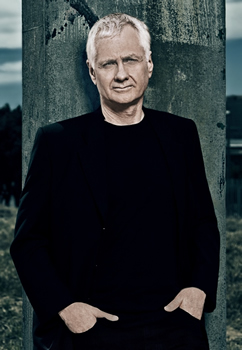 The simple answer to this is, yes. There is a line in T S Eliot’s Four Quartets which has been much on my mind during the writing of the Vicki and Fish novels: ‘Footfalls echo in the memory’. Those footfalls from our past will be with us for a long long time. Kaiser Vula is very much a state functionary of the current order, unlike Sheemina February who was a beneficiary of the new order and who had an over-riding impulse for revenge against the man who had tortured her during the struggle years. She had been tortured because she was suspected of being a government agent spying on the liberation movements and whether she was or not remains unsaid. Kaiser Vula has none of those complications. He faces demands of a different order but demands that test his loyalties and his morality nonetheless.

The climax of the book is a party at the president’s mansion where all the different characters come together for a resolution, yet not all is resolved. Will we meet Vicki and Fish again one of these days?

One of the things about crime fiction is the convention of the final resolution. But, of course, conventions are there to be broken. And the essence of the espionage novel it seems to me is that the story might be resolved in some way but there are always other issues which escape resolution, precisely because these are the footfalls which will continue in the memory of generations to come. As for the return of Vicki and Fish, I’m afraid I have to leave that question unanswered for the moment. I don’t like tempting fate. Besides secrets are so much more enticing than statements of intent.