Thrillers in the Real World 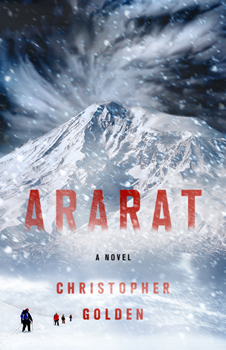 What is ARARAT? It’s a high-octane thriller, set on the real-life Mount Ararat in Turkey. It’s a supernatural story, with an unnerving element of horror. It’s a modern take on religion, as the shocking discovery at the heart of the novel brings out primal spiritual beliefs, or lack thereof. And … it’s a love story.

This may sound like a lot, but in the hands of bestselling author Christopher Golden, it most definitely comes together. Kirkus says, “A thriller with an intellectual bent, Golden’s latest effort ruminates on the nature and existence of good and evil while providing the chills and tingles…”

“I like to do things on more than one level,” Golden says.

In the novel, a competition among climbing teams seems won when an engaged couple filming the adventure for a documentary find remains in a cave on Mount Ararat that could be connected to Noah’s Ark. But a certain unsettling discovery in an ancient coffin leads to tensions among the researchers, scientists and local guides—and those tensions explode when, one by one, team members begin to vanish.

“To me, Ararat is a thriller first, an adventure novel first, so that is what I wanted from this,” says Golden. “I always have a romantic storyline going on, because that’s life.”

The supernatural aspect of the plot, while audacious, exerts a terrifying grip because, within the world built, it is convincing. “I always try to keep it tangible and real,” he explains.

Golden has mastered this mix before, in his novels Snowblind, Dead Ringers, Tin Men, and others. With Mike Mignola (Hellboy), he is also the co-creator of the comic book series Baltimore and Joe Golem: Occult Detective.

In creating work, “nothing comes out simply,” he says. “You end up with something that is a vast swath of various inspirations.”

With ARARAT, it began with an article he printed out and put in a file on Arkologists, those whose readings of ancient scripture lead them to believe Noah’s Ark is up on Mount Ararat. “People have been looking for it up on that mountain range for a very, very long time.” Among the other influences on Golden were the films The Eiger Sanction and John Carpenter’s The Thing. He says, “It’s the element of a killer among us and we don’t know who it is.”

The two main characters, engaged couple Adam and Meryam, are of different religions, Jewish and Muslim. Clashing spiritual beliefs on the mountain deepen the drama once the ark is discovered. From a Catholic priest to a family of Muslim guides, the characters’ religions are central to who they are. “It’s important to me to populate my books with characters who represent the world, not just the experience of the typical straight white male author.”

Golden’s interest in writing other kinds of characters extends well beyond human beings. The Golem Detective series is a “dark fantasy noir detective story set in a 1960s/1970s New York City that’s under 30 feet of water but people still live there. There are ghost stories and love stories.”

In everything he writes, Golden hits different notes.

“I’m really fortunate that in my career I’ve been able to work in these gray areas between the genres. Sometimes I’ve had success and sometimes I’ve had abject failure. More important to me than the commercial success or failure of the book is that I get to keep combining genres.” 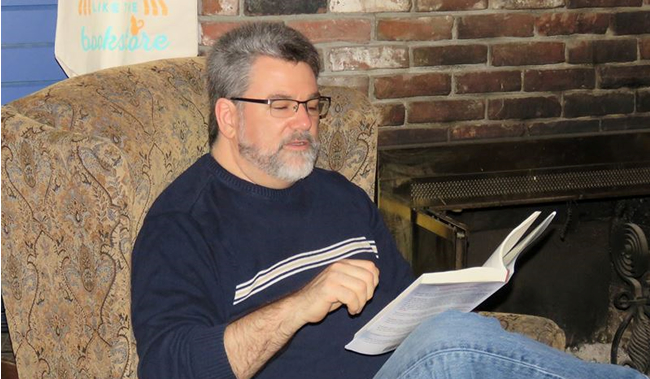 Golden acknowledges that the publishing industry can be hesitant to support this level of experimentation and creativity, even though readers are often enthusiastic buyers of thrillers that contain an element of the supernatural, such as the books of not only Golden’s but Douglas Preston and Lincoln Child’s.

He points to Netflix’s success as a path forward. The subscription service offers films of wildly different genres, and fused genres, without ranking or prioritizing. “They offer things with the same amount of respect.”

ARARAT and Talent are in development as feature films, with Snowblind in development for television. It’s clearly a time with a lot going on for Golden. Yet one of the things he’s most excited about is this October’s third annual Merrimack Valley Halloween Book Festival, which he co-founded. “We’ve got thirty authors,” he says happily.