The Parks of New Orleans 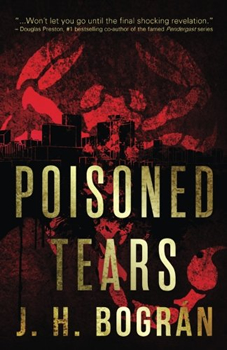 The city of New Orleans served as the setting for my latest novel, POISONED TEARS. I visited NOLA twice. The city offered a great number of places that I could have used for settings, but since I wanted to stay a bit apart from the usual suspects, like Bourbon Street, I chose the parks mostly visited by the locals.

City Park is the biggest and oldest park in the city. It’s almost an institution by itself with 1,300 acres. In fact, I’d like to visit again, because last time I was in such a hurry I didn’t enjoy it properly. What I remember most distinctly is this realization: I had found the place to leave the first victim!

I located Pontchartrain Park while studying the map after my first visit to New Orleans. I was so sorry to have missed it, but fate smiled and I was able to make a second trip the following year. The park looks like a well-tended golf course, and it has a small pond near one end. The most fun, though, was getting there, as my cousin, a native, got lost and claimed to have never been there.

Due to my cousin’s work, he dropped me off on Canal Street at the edge of the French Quarter. Canal Street serves as a kind of frontier, since the streets have different names on the each side of it. Carondelet Street becomes Bourbon, and Saint Charles become Royal, and so on. Walking the FQ under the sun was almost an experience out of the Twilight Zone, with all the bars closed and just a few people roaming about. A complete contrast to my previous evening visit, where more people couldn’t fit and a parking spot was harder to find than the Fountain of Youth. After walking up and down while writing the names of the bars, I took a side street and ended up in Louis Armstrong Park.

The L.A.P. has several points of entry. I believe I took the most impressive one, where I had to walk on a bridge holding my disposable cup of chicory coffee (another delicacy of New Orleans, one that started during the Civil War). The park was quiet and deserted, not strange for a Tuesday morning, but still, not even tourists were there. I walked around until I discovered a bench overlooking a pond. The solitary bench kept me company while I finished my coffee, studied my map of the city, and then just sat back and appreciated the view. The peaceful environment wasn’t suited for a murder scene, so I saved this spot for something else in the novel, a turning-point scene.

The most visible feature of Jackson Square is the equestrian statue of Andrew Jackson, the hero of the Battle of New Orleans. The park is one of the city’s landmarks, and to cross the street to the Plaza de Armas and capture a view of the park, with the Saint Louis Cathedral in the back, makes a popular photo op.

There’s always a problem with falling in love with your research, may it be a time period, a particular science, or a city, as in my case. When the research starts to replace the plot, you hear complaints from readers. “The author crammed everything he read about it,” a one-star review would say. To avoid that, I purposely left some stuff out. Namely, one of my favorite parks: the Musical Legends Park, a tiny space right in the heart of the French Quarter, featuring statues of Al “Jumbo” Hirt, Antoine “Fats” Domino, and Pete Fountain. The place has such a rich musical history. It has to be the one that got away.

J. H. Bográn, born and raised in Honduras, is the son of a journalist. He ironically prefers to write fiction rather than fact. José’s genre of choice is thrillers, but he likes to throw in a twist of romance into the mix. His works include novels and short stories in both English and Spanish. He has also worked on scripts for motion pictures and domestic television in his home country.

He’s a member of The Crime Writers Association, the Short Fiction Writers Guild ,and the International Thriller Writers where he also serves as the Thriller Roundtable Coordinator and contributing editor for their official e-zine, The Big Thrill.

POISONED TEARS is his third novel in English and has already garnered positive reviews and recommendations. Jon Land calls it “a splendid piece of crime noir,” while Douglas Preston says it’s a first class roller-coaster ride.

Between the Lines: Christopher Golden