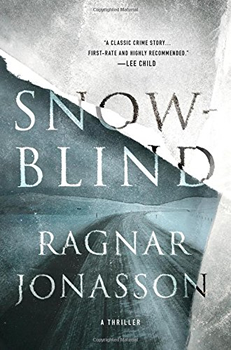 “Blood on the snow is interesting,” Ragnar Jónasson says with the hint of a smile and a twinkle in his blue eyes. His wry sense of humor struck me when we first met in Reykjavik in 2013 at the inaugural edition of Iceland Noir, a festival he organized with fellow authors Yrsa Sigurðardóttir and Quentin Bates. Although Ragnar had just published the fifth book in his Dark Iceland series, at that time his work was not yet available in English. But his UK debut, SNOWBLIND (translated by Quentin Bates), soared straight to the top of the Amazon Kindle Bestseller list in 2015 and was selected as one of the best crime novels of the year by The Independent and numerous British crime fiction blogs.

Born in Reykjavik, Ragnar worked as a reporter for the Icelandic National Broadcasting Service and is now a lawyer, also teaching copyright law at Reykjavik University. He has had two short stories published in the Ellery Queen Mystery Magazine. January saw both the USA release of SNOWBLIND (Minotaur) and the UK release of his fourth book in the Dark Iceland series, Rupture (Orenda Books.) But his literary career began at an early age—translating 14 books by Agatha Christie into Icelandic. And that seemed a good place to start when he graciously took time out from his incredibly busy schedule to answer a few questions for The Big Thrill.

What led you to Agatha Christie’s books? 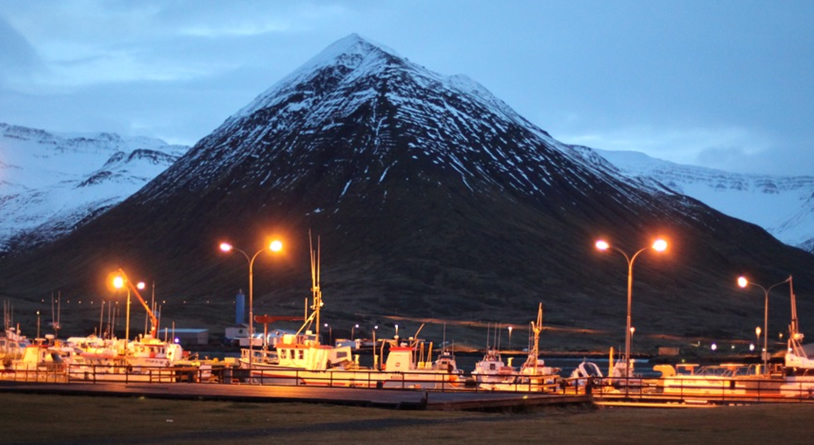 I had translated a few short stories for an Icelandic magazine, and I really enjoyed that, but I had also been reading Agatha Christie for a few years, probably from the age of 11 or 12. So at the age of 17 I went to visit her Icelandic publishers and asked them whether I could try to translate one of her books for publication—and very surprisingly they said yes.

At Iceland Noir in November, Scottish author Val McDermid called Agatha Christie her “gateway drug into the genre of crime fiction.” Perhaps the same might be said for you. What was it about Christies’s books that captivated you from an early age?

I think it has much to do with her plotting on the one hand, and the setting on the other. Her plotting was absolutely brilliant and some of her twists have become legendary. This element of surprise is certainly something that captivates the reader. Also, the setting plays a big part in many of her best books and draws the reader in. For example books set in the Orient Express or on the Nile.

The New York Times review of SNOWBLIND called it a “classically crafted whodunit.” When you decided to write your own crime fiction, did you deliberately want to pay homage to Golden Age writing?

Not really. I don’t think it was a conscious decision, but I do think that as a writer I was simply influenced by books I had read and enjoyed, and to me it has actually always been important to have an element of surprise, or a twist in the tale, at the end of each book.

The New York Times also said that your “true gift is for describing the daunting beauty of the fierce setting.” That would be the idyllic fishing village of Siglufjörður, located on the north coast of Iceland—not far from the Arctic Circle. Not only is it a strong setting for a crime series, I know it’s a place close to your heart. Do you mind talking about why?

I have a strong connection to Siglufjörður. My grandparents lived there, and my father grew up there. We still own a house there and I try to go for long weekends and holidays. I think Siglufjörður is a convenient place for a crime series because of its isolation. It is surrounded by high mountains on one side and the sea on the other. It is only accessible via mountain tunnels, and is dark and often snowbound in wintertime but at the same time very beautiful, a place of great contrasts because it is actually very bright during summertime, with almost 24-hour daylight. 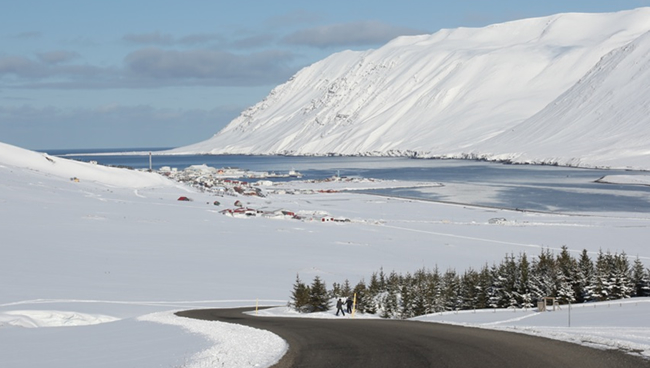 Your grandfather also wrote about Siglufjörður. Was this an influence in your work?

It is safe to say that I owe a debt of gratitude to my late grandparents, Þ Ragnar Jónasson and Guðrún Reykdal, for the creation of the Dark Iceland series, although neither of them lived to see the books being written or published. One of the books in the series, Rupture, is dedicated to their memory, and in my author’s note at the end of Nightblind I make a specific mention of my grandfather, as his own writing about Siglufjörður definitely inspired me. When my grandfather retired from his post as town treasurer of Siglufjörður he spent his time writing and researching—along with my grandmother, who herself collected folklore and old stories for publication. The research and writing had actually been a lifelong hobby, but upon retirement he could dedicate much more time to his new work, and in his eighties, he published no fewer than five books on the history of Siglufjörður—still the definitive books on the history of this small town. At the age of 84 he was awarded the Siglufjörður Cultural Award. In writing the Dark Iceland series, I hope I have in a way contributed something to Siglufjörður’s literary history, in the same way my grandfather did. Although the focus is quite different.

Your engaging young protagonist, Ari Thór Arason, is a rookie policeman from Reykjavik. His role of outsider works along two lines: an observer of village life, as well as someone not trusted by the locals. Are these aspects developed as the series continues?

Yes, in some aspects. He gets to know the people of Siglufjörður better and becomes more assured in his work, but at the same time realizes that “once an outsider, always an outsider” very often applies.

Elmore Leonard once famously warned, “Never open a book with weather.” Not surprisingly, it’s an important element in SNOWBLIND—both in terms of plot and psychological tension. But isn’t extreme weather a factor in most Nordic Noir?

Yes, for some reasons weather is something we in the north connect with. The weather has such a strong influence on our day-to-day lives, especially in the past when people’s livelihood essentially depended on whether they could go out and fish. We have many different words for snow (which actually caused a problem for the English translator). And some of the most popular news online are the weather forecasts, for instance. Also, if you reach an awkward silence in a conversation in Iceland you can always start talking about the weather to get things going again.

You’ve mentioned that you wrote the Dark Iceland series for Icelandic readers. Were you surprised when SNOWBLIND went straight to the top of Amazon UK when released in English translation five years after its original publication?

Yes, I was certainly very, very surprised and it was a great honor for me. I have always admired the Golden Age of English and American crime literature, so I was pleased to see that English language readers seemed to connect with the story.

Speaking of translation, how collaborative is the process considering your own previous experience and the fact that your translator Quentin Bates is himself a crime fiction author?

As English is the foreign language which I am most comfortable with and where I feel I can have some input, I usually spend a lot of time working with both Quentin and my UK editor, Karen Sullivan, on the translations, and I feel it is a very good collaboration. 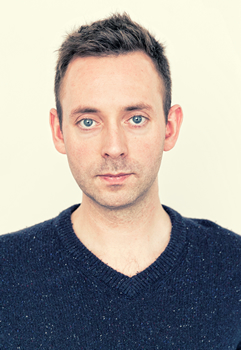 Iceland Noir has grown by leaps and bounds since we met at the first festival in 2013—in parallel with the success of your own writing. Does this bode well for the future of Icelandic crime fiction in general? Are there other authors to watch out for on the horizon?

I hope so. Coming up in the UK, from the publisher who is publishing my Dark Iceland series, is Lilja Sigurðardóttir, who has been a part of the Iceland Noir organizing team. Other authors who I think will be picked up soon in English are, for example, Jónína Leósdóttir and Sólveig Pálsdóttir.

You’ve started a new series, also set in Iceland. But the actual crime rate is low—in fact, there are far more murders in Icelandic fiction than in real life. Can you account for the popularity of crime stories there?

Yes, that is true. Iceland is usually considered to be one of the safest nations in the world. Therefore it is challenging to create believable stories set in such an environment. But this might be one of the reasons why Icelanders like crime fiction. It offers a different point of view and sheds light on hidden and darker aspects of people.