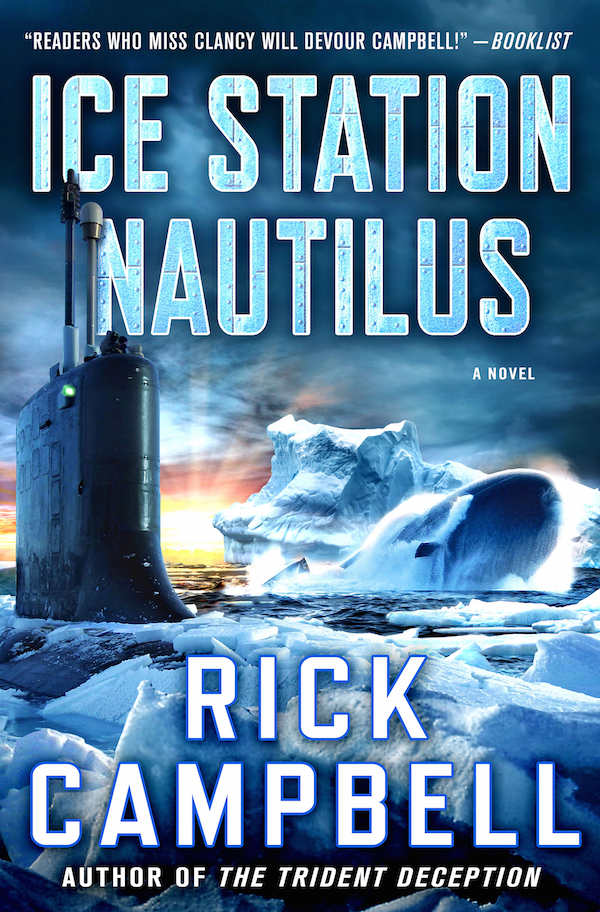 Not many writers have the knowledge and experience to write authentic submarine military adventures. Rick Campbell does have the chops, and he proves it in his latest novel, ICE STATION NAUTILUS. The action starts when the newest American fast attack submarine and one of Russia’s new ballistic missile submarines collide and sink under the Arctic ice cap, which sets up an exciting plot

Life-support systems aboard the submarines begin to fail as both the U.S. and Russia rush to the aid of their crews, adapting their submarine rescue systems for the descent through the polar ice cap into the frigid waters below. Campbell is qualified to give full details of such actions. He’s a retired Navy Commander who spent more than twenty years in uniform and served on four nuclear-powered submarines. He’s quick to admit he couldn’t have written ICE STATION NAUTILUS without the experience he gained in the Navy.

“It helps me get the details correct,” he says, “as well as the broader concepts of submarine warfare and the protocols and directives the Submarine Force operates under. The scenario is pure fiction, although I did leverage the fact that submarine collisions occur occasionally, which is what sparks the nefarious Russian plot in ICE STATION NAUTILUS.”

Yes, far more is at stake than the lives of the men trapped aboard their submarines. Both sides realize that whoever reaches the sunken ships first will be able to board the other country’s submarine and get their latest weapon and tactical system technology. With the U.S. pulling ahead, Russia employs their Arctic Spetsnaz special forces to ensure they win the race and board the American submarine.

Is this all some futuristic fantasy? Campbell says no.

“My novels are present day thrillers,” he says, “as realistic as possible considering classification issues and some simplification so the average reader who hasn’t served in the Submarine Force can follow along. The goal is to tell the type of story that can occur in real life.”

Of course he does push the envelope a little to turn it into a thriller, but he starts with plausible real-life scenarios. But not too much, as he did have to go through the Department of the Navy to reach the experts he needed to interview.

“I had to submit my proposed book and the areas I was requesting assistance in,” Campbell says. “They reviewed what I had previously written and the proposed novel, then sent me an ‘approved’ certificate, which basically worked as a ‘you can talk to this guy’ token.”

It was still up to each Navy organization to decide whether to support him or not, but they all did. He had to submit the applicable sections of his book to them for review, but that was the best way to be sure everything was portrayed accurately.

As the guided missile submarine USS Michigan and its two platoons of Navy SEALs surge beneath the polar ice cap toward the sunken submarines and the American and Russian ice camps above, the stage is set for an explosive confrontation. But you don’t have to wait for the big finish for exciting scenes. In fact, there is one scene that Campbell himself finds very intriguing. It’s a scene where the Russian Deep Submergence Rescue Vehicle is descending through the murky waters of the Barents Sea toward the sunken Russian submarine.

“As the DSRV glides above the ocean bottom, its bright lights aimed downward, the stricken submarine slowly materializes out of the darkness with the lights illuminating a gaping hole in the submarine’s stern,” Campbell says. “The DSRV mates to the submarine and the rescue personnel go aboard, only to find it deserted aside from a woman they find semi-frozen sitting on the deck, leaning with her back against a bulkhead near a watertight door, the compartments behind her flooded.” Campbell considered using this scene as the prologue, as it would have left lots of questions begging for answers.

The next is nearly complete, and Campbell assures us that the same main protagonists return, along with the same antagonists, at least the ones who survive ICE STATION NAUTILUS. All his books are technically stand-alones, but use the same character set. You’ll want to get to know them, and ICE STATION NAUTILUS is a good place to start. 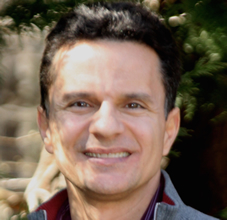 Rick Campbell, a retired Navy Commander, spent more than twenty years in the Navy, serving on four nuclear-powered submarines. On his last submarine, he was one of the two men whose permission is required to launch its nuclear warhead-tipped missiles.

Upon retirement, Rick was offered a two-book deal (which has been extended to a four-book deal) by Macmillan / St. Martin’s Press for his novel – The Trident Deception, which was hailed by Booklist as “The best submarine novel since Tom Clancy’s classic – The Hunt for Red October“. His first two books were Barnes & Noble Top-20 bestsellers, and Rick is working on the third and fourth books in this series, sequels to The Trident Deception (2014) and Empire Rising (2015), due out in 2016 and 2017.