Are Westerns Back in the Saddle? 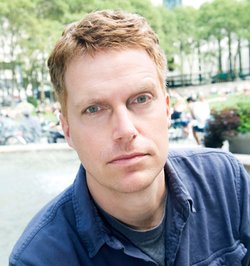 Bummed out that AMC’s popular TV western Hell on Wheels is on its last ride? Hold on, folks—frontier fiction is back in the saddle again, with an emphasis on thriller and suspense. (And cowboys! Giddy-up!)

Just ask Adam Sternbergh, the author of the forthcoming book The Blinds, a “Western thriller” set in modern day Texas. The story takes place in an isolated town where people with dark, criminal pasts are sent as part of a rehabilitation plan.

“For their own safety, these residents have no contact with the outside world and—thanks to the experiment—no memories of their own past criminal misdeeds,” Sternbergh says. “The book’s action begins when there’s a murder in the town, and the de facto sheriff, who’s in charge of keeping order, has to unravel exactly how that could have happened—and why.”

Louis L’Amour purists may be shaking in their cowboy boots at this loose definition of a Western, but in the vein of pop culture trends, this kind of is the face of today’s frontier fiction—less “John Wayne-cowpoke-on-horseback,” says Sternbergh, and more, “the darker, bloodier tales of life on a lawless frontier.”

“To me, ‘Western’ is more for state of mind than a setting: There have been great Westerns that take place in Colorado and great ones that take place on the moon,” he says. “Also, having spent my first two novels writing about dystopian, claustrophobic New York, there’s something liberating about exploring the wide-open plains of the west.”

In all fairness, this isn’t an entirely new concept. Sternbergh points out that traditional westerns were all about the agents of civilization venturing out to to conquer the world. Even Star Trek, he says, was kind of a Western.

“But lately Westerns have resurfaced as telling the opposite stories—as a potent way to explore the lawlessness and savagery that’s contained within us, and which is let loose when we’re unmoored from civilization and its rules,” he says. “The frontier town—whether a literal Western town, or an outer-space outpost, or, in this case, an experimental facility in the middle of nowhere—is a great setting for a classic conflict between civility and savagery. I think that’s part of the Western’s resurgent appeal—we’re very interested right now in the limits of civilization, and what lies beyond them.”

Which in turn, has given storytellers in all mediums a solid place to hang their hats. Audiences gave Hell on Wheels a resounding welcome, but before that, shows like Deadwood and Fargo were already roping in the viewers. And even as Cullen Bohannon rides off into the sunset this summer—black cowboy hat and all—the networks are busy scheduling new shows and promoting the “modernized” face of frontier fiction.

“Once you take the genre apart and start reassembling the elements in interesting ways, the Western—like the West itself—feels full of endless, and thrilling, possibilities.”

And as is the case with The Blinds, it doesn’t even need to include an actual cowboy.

While that may be true for western “thrillers,” the bestselling author of more than a dozen romances says cowboy protagonists in romance and romantic suspense are seemingly on the rise. Or are they? 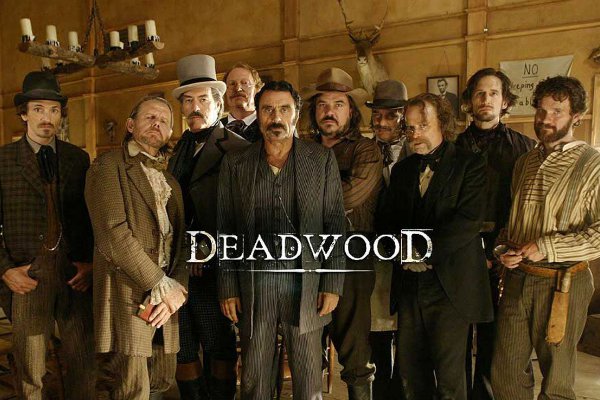 “Cowboys and Western culture have been a cornerstone of our American pop culture for decades,” Melissa Cutler says. “There’s certainly been a fresh infusion lately, but from Gunsmoke and Bonanza to The Magnificent Seven in 1960 to Tombstone in the 1990s, cowboys and Westerns are an inviolable part of our culture. So much so that I’d be hesitant to call it a trend.”

Instead, she credits the genre’s enduring popularity to do with the result of audiences seeking a reconnection to the country’s “Wild West” history, the pleasure of seeing the “good guys” triumph, and an undeniable attraction to the ideals of what a cowboy stands for.

“Every romance reader has her own reasons for being drawn to cowboy heroes, but for me the attraction is all about values and honor,” she says. “A cowboy protagonist is always true to himself, his family, his faith, and his country. He’s steadfast and honest, and he fights like hell to protect those he loves. True cowboys know the value of an honest day’s work, but they also know that the best things in life don’t cost a cent.”

For this reason—and dozens more!—Cutler says the Western romance market is certainly open to including more suspense and thriller elements.

“For example, Harlequin has two categories of romantic suspense titles, for a total of ten new releases every month. At least one or two of those new releases is usually a Western-themed suspense featuring a cowboy hero,” she says. “Of my titles, the book with the most gripping thriller elements would be Cowboy Justice, which features a small town sheriff in New Mexico who becomes embroiled in a high-stakes case involving an ex-lover he’d never truly got over, all while clashing with a drug lord and a local police chief who’s hell bent on ruining him.”

So should writers hang on for the ride? Absolutely. Whether it’s a genre mash-up, a romantic suspense, or a straight-up thriller, it seems Westerns aren’t just back in the saddle—they never really left.

“Before we had comic book heroes and superheroes, there were cowboys,” Cutler says. “And I believe they’re not going anywhere anytime soon.”