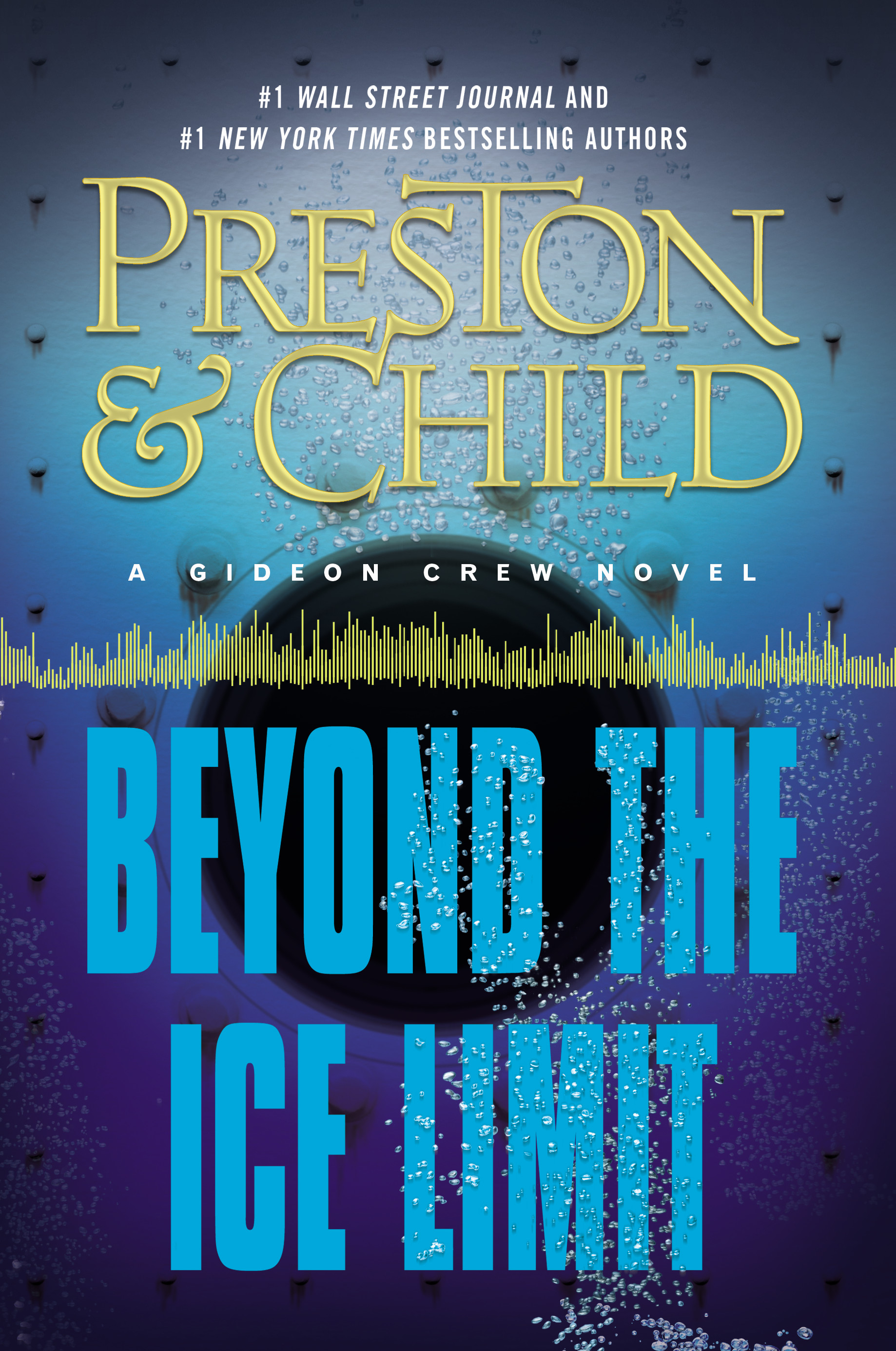 Die-hard fans of Douglas Preston and Lincoln Child will cheer now that the pair has finally written a sequel to The Ice Limit, a bestseller they wrote 15 years ago. Even better, they let their series hero Gideon Crew be the man to take us BEYOND THE ICE LIMIT.

In the fictional universe,  it was only five years ago that Eli Glinn led a mission to recover a giant meteorite from an island off the coast of South America. The mission ended in disaster when their ship broke apart in a storm in the Antarctic waters and sank along with its unique cargo. Glinn survived, but was left paralyzed. The meteorite proved to be a living organism from space that now threatens the entire planet. So Glinn calls on Gideon to help destroy it, in part for his expertise with nuclear weapons, but also because he is a hero, if only in a bumbling, accidental sort of way as Douglas Preston would tell you.

“He’s a trickster and a clever, smooth-talking social engineer,” Preston says, “rather than a James Bond-type hero. He does not think of himself as a hero and is often confused and surprised when he succeeds.”

Still, he’s the man Glinn trusts. Readers can see that the relationship between Glinn and Gideon is complex and difficult.

“Glinn is a master manipulator and Gideon is acutely aware that he is being manipulated,” Preston tells us. “Gideon does not like Glinn at all, although he has enormous, if grudging, respect for him. Glinn, for his part, has only liked one person in his entire life and she is dead.”

You might wonder why Preston and Child returned to The Ice Limit after such a long break. Preston says it was fan response to that dark story’s enigmatic ending.

“At the time, we believed no further explanation of that ending was required,” Preston says. “But once The Ice Limit was published, we immediately began receiving a flood of letters and emails asking exactly what did happen after that final page. Even today, at virtually every book signing we do, someone asks us when on earth we’re finally going to write a sequel to The Ice Limit.”

After being introduced in The Ice Limit, Eli Glinn appeared in several more books in both Agent Pendergast and Gideon Crew series. Then, as characters often do, Glinn started talking to his authors, insisting that they tell the rest of the story.

“We realized that Eli and our readers were right: The Ice Limit absolutely demanded a sequel. And once we understood that, a fantastic and truly frightening idea occurred to us, which we ultimately developed into the central concept of this new novel.”

That idea? That the organism has implanted itself in the sea bed two miles below the surface, and it is growing. If it is not destroyed, the planet will be doomed. Lincoln Child says the idea evolved organically over the writing of The Ice Limit.

“At first, we thought the ‘villain’ was simply the heaviest, densest meteorite ever found on earth,” Child says. “But then we thought it could be something even more. So we began batting around ideas until we came up with the one that we thought was the most interesting. In BEYOND THE ICE LIMIT the ‘villain’ morphs even further—beyond anything we could have thought when we wrote the first book.”

As you can see, Glinn and Gideon aren’t the only pair with a complex relationship. How do two wildly creative authors manage to work in tandem to brew such amazing story ideas? Perhaps the secret is each of them not losing track of how talented their partner is.

In Childs’ words, “We may not be brilliant, but we are very good at checking our egos at the door and listening to each other’s thoughts and ideas with the same care that we’d give our own. Ironically, it seems the more books we write, the more scenarios we have for future ones. It’s just a question of getting together, brainstorming, and assembling the best suggestions into the most satisfying story arc. Of course, it’s not that easy, but if we do it right, the long planning process makes the actual writing a little easier to do.”

Together come up with some pretty bizarre scenarios, but these authors make chilling situations feel very real. Part of the reason their books are so popular is that they know what to do to make the fantastic believable.

“Be careful to ground the novel in real, hard science and careful research,” Child says. “Once the reader’s sense of disbelief is suspended, you can—carefully—move away into the realm of the fanciful or supernatural…but not too far.”

Every great author got started by reading something that fired their imagination. Asked the first thriller they ever read, Preston and Child gave revealing responses:

Preston’s response was, “King Solomon’s Mines by H. Rider Haggard. It was unlike any book I’d read before, a thrilling tale of a lost world.”

If Burroughs and Haggard could read BEYOND THE ICE LIMIT they would not be disappointed by the work they have inspired. 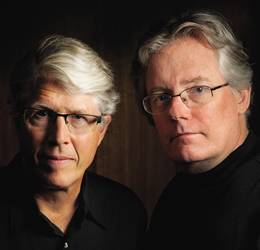 Douglas Preston and Lincoln Child are co-authors of the Agent Pendergast series as well as the Gideon Crew series. Their novels Relic and The Cabinet of Curiosities were chosen in an NPR poll as two of the hundred greatest thrillers ever written. Preston’s acclaimed nonfiction book The Monster of Florence is being made into a movie. Lincoln Child has published six novels of his own, including the bestseller The Forgotten Room.